It’s time for the Week 2 fantasy football waiver wire. Fantasy waivers can often make or break your season. Making the right decision on which players to add and drop is crucial, so we have you set up with a deep list of potential waiver wire adds for Week 2.

Remember, we cast a wide net every week in our waiver wire advice. Below you’ll see recommendations for shallow, regular, and deep leagues. Players are listed in order of priority and the suggested auction budget percentage is in parenthesis.

Josh Allen, BUF (3-5%) — He's far from the safest option, but Allen adds with his legs and has big play upside with his new favorite weapon, John Brown. Better yet, Allen faces the Giants this week.

Malcolm Brown, LA (20-40%) — We didn't expect Brown to nearly equal Todd Gurley in carries but that's exactly what happened in Week 1. More importantly, Brown saw two goal-line carries, while Gurley saw none. Gurley is still the lead back, but Brown is a must-add as a premium handcuff.

Devin Singletary, BUF (20-40%) — Frank Gore was the clear lead back for the Bills, but Singletary was the more explosive back in Week 1. Don't expect him to immediately take over, but it's going to happen relatively soon.

Tyrell Williams, OAK (25-50%) — With Antonio Brown out of the mix, Williams is clearly the No. 1 option in Oakland and is coming off an impressive showing on Monday night. 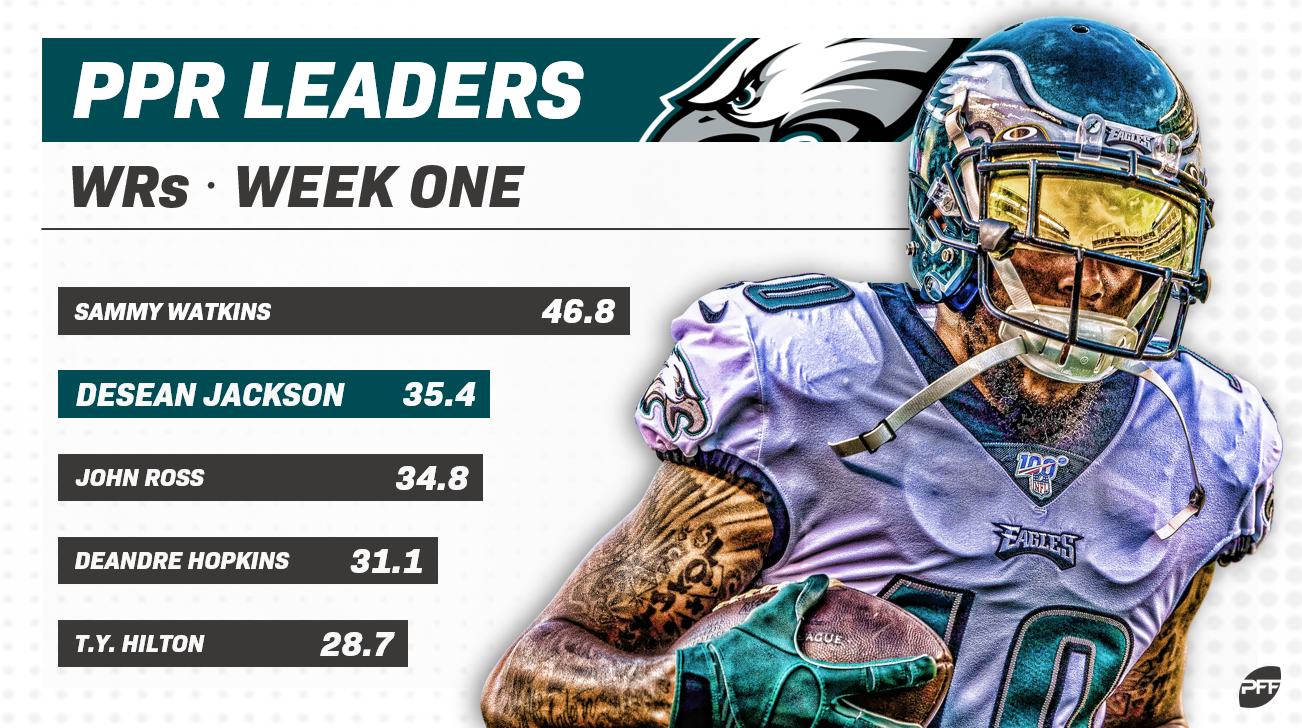 John Brown, BUF (25-50%) — The veteran wideout showed excellent chemistry with Josh Allen in Week 1. Brown is poised to be one of 2019's bigger fantasy surprises.

Jamison Crowder, NYJ (20-40%) — Crowder saw a whopping 17 targets in Week 1. While he isn't going to rack up a ton of yards this season, we just can't look past that sort of volume.

T.J. Hockenson, DET (20-40%) — The rookie first-rounder came storming out of the gate and showed that he's a force to be reckoned with. It's rare that rookie tight ends produce viable fantasy numbers, but Hockenson looks like he could buck that trend.

Matthew Stafford, DET (1-3%) — It's unlikely the we see the Stafford of yesteryear this season, but the he got off to a strong start and the Lions are loaded with pass-catching talent.