This model provides the percentage chance that each receiver will meet or exceed our fantasy-point threshold for the site, given the historical opportunity they have been afforded. The model won’t be right on every player, but it is useful in identifying the performances that we want to unearth in our DFS lineups.

My write-ups for Week 3 focused on low-salary plays with upside. Injury situations hurt some of our best prospects either before or during games. I don’t make any adjustments for injuries — simply letting the model sort through previous routes run. Last week, the model was high on Allen Robinson, Michael Gallup (on Fanduel) and Tyler Lockett (on Yahoo — all of whom came through in big ways. Let’s dive into the best plays, according to the blowup model, while providing some context on how to attack these situations in DFS. 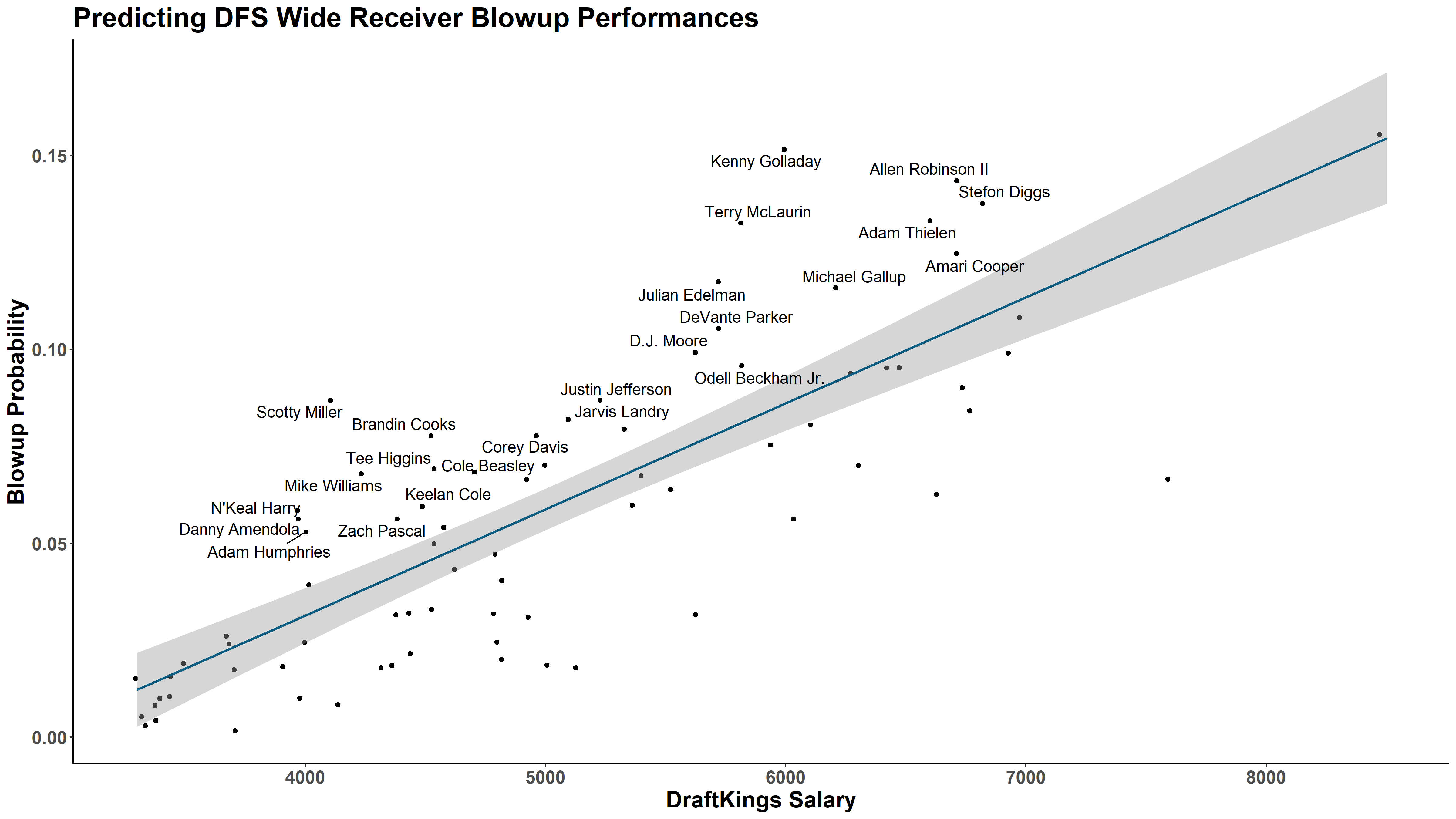 Josh Allen has been distributing targets evenly to all pass-catchers. The good news is that the Bills' offense has no capable pass-catching tight ends, but the third receiver and running back targets are cutting into Diggs' and John Brown’s opportunities. Diggs has a 25.5% target share but is the preferred deep threat, with over 30% of the team's air yards.

Diggs has the fifth-highest percentage chance to blow up in Week 4. This matchup could go overlooked from a DFS perspective, as it is tied for the sixth-highest total on the main slate. Buying Diggs after his lowest target total in a potential shootout could be the key differentiator on this week’s slate.