• Best big-name player: Najee Harris should build on his recent success and see plenty of volume against the Las Vegas Raiders‘ run defense.

• Best mid-priced player: Mack Hollins has been at his best against man coverage, and the Pittsburgh Steelers line up in man coverage at one of the highest rates in the NFL.

• The winning strategy: Click here to learn more about the format and the exploitable trends to use this season, including which positions provide the most leverage in the CPT spot and how DFS gamers can roster multiple and single positions in FLEX spots to gain leverage on the field.

Ahead of Saturday night's bout between the Las Vegas Raiders and Pittsburgh Steelers, here are three players at different salary ranges who I believe will perform well in the DraftKings Showdown.

Harris’ production has improved recently, and he has a favorable matchup against the Raiders defense.

• After scoring just once on the ground over the first 10 weeks of the season, the Steelers running back has scored five rushing touchdowns since Week 11.

• He’s run the ball 103 times over the last six weeks, tied for fourth-most among running backs over that span.

• Like all running backs, Harris runs the ball more often when his team is ahead — and the Steelers are favorites to win this game.

• The Raiders have allowed the fifth-most fantasy points to running backs this season and just gave up 172 yards to Rhamondre Stevenson.

• Harris’ biggest strength is his ability to break tackles, as he is one of four running backs with over 100 missed tackles forced over the last two seasons. The Raiders' defense has a team tackling grade of 37.3  this season, the fourth-lowest among teams.

• Harris is one of the few running backs who has put up better fantasy numbers against man defenses than zone defenses, and Las Vegas runs man defense at the sixth-highest rate in the league.

• Other expensive options — quarterbacks, Josh Jacobs or Davante Adams, for example — are also solid options. However, with his recent play and this matchup, Harris should not be counted out. 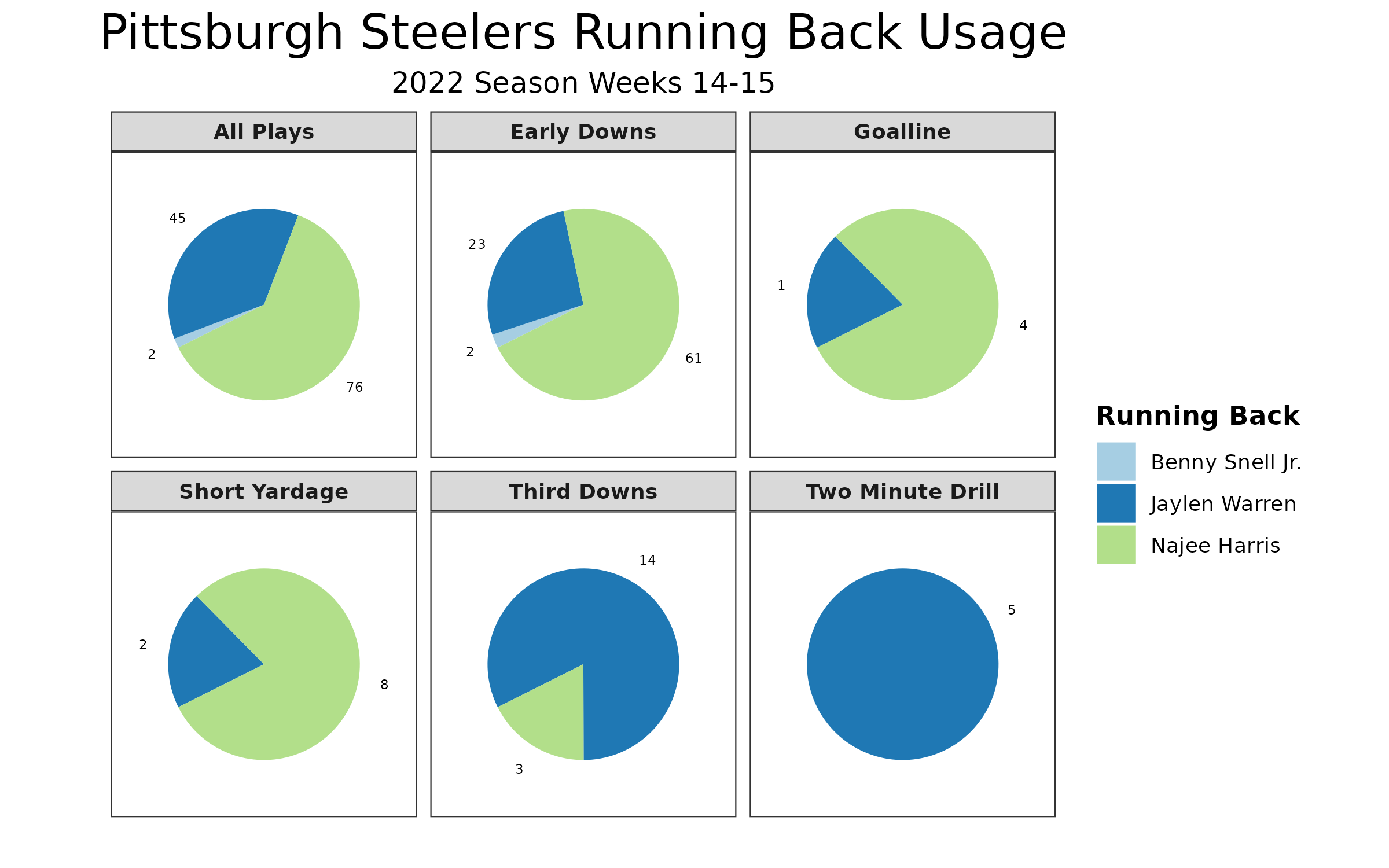