Being first and foremost a data company, PFF has the ability to build and train models not only on public data but also PFF specific data, such as receiving grades and pass routes run, among a litany of other variables. Utilizing specific variables, we can build a model tuned to predict performances where a pass-catcher goes over a certain site-specific scoring threshold. That threshold is defined at 25 DraftKings, 20 FanDuel or 20 Yahoo receiving fantasy points.

Each of the top three wide receiver scoring games popped up in the blowup model in Week 13. Corey Davis was the key differentiator in DFS — at less than 10% ownership — but Justin Jefferson and Davante Adams were also hits at under 20% ownership. Keke Coutee was the perfect player to round out DFS lineups, with his ownership being less dramatic than most anticipated.

Darren Waller was our top tight end option using this model, and he delivered a rebound performance at under 10% ownership. It was close to a perfect week from this article, with very few dud performances among players identified.

Totals continue to trend down — the mean this week is the fourth-lowest of 2020. Outside of the weather concerns in Week 8, this is the lowest total outside of the first two weeks of the season. The difference from previous weeks is that we actually have quite a few high-total games, but the low totals are dragging the mean down. This should once again spread ownership out among numerous pass-catching options.

Let’s take a look at the best bets to blow up on the main slate for DFS Week 14. 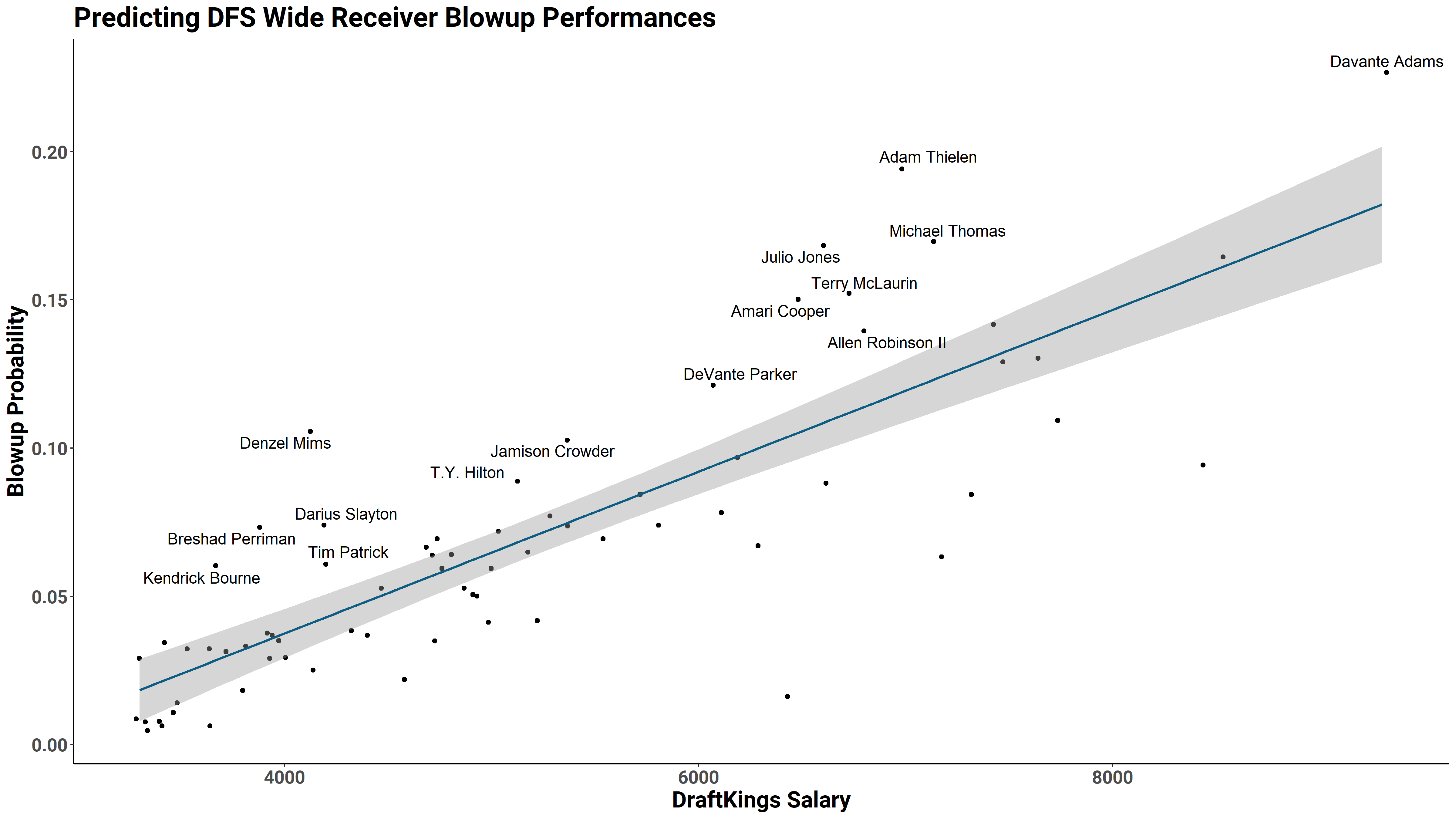 Adams is reaching historic wide receiver salary levels; only three wide receiver weeks have had a higher salary in the past four years. No wide receiver has ever hit a salary of 10,000, but Adams could if he continues to garner his typical volume. He has seen over a 30% target share in six of nine games where he has run a route on at least 80% of dropbacks.