The only thing that mattered in Week 12 was Tyreek Hill and his 60.9 fantasy points at 24.4% ownership. Other nice-to-haves were Jarvis Landry, Justin Jefferson and A.J. Brown. It was the mid-to-high priced wide receiver options that came through in Week 12, with our model missing out on a few of the top performances. Jefferson was the top play from the blowup model on the weekend, but with Adam Thielen being out, he quickly turned chalky at 22.6% ownership.

Neither top-priced tight end option came close to paying off their salary, with the tier below being the correct approach in Week 12.

Totals continue to trend down, as the mean this week is the fourth-lowest of 2020. This sits right next to the mean we had last week, with few high-end options. Only three games above 50 are on the main slate, with no clear top option to target for DFS. This should once again spread ownership out among numerous pass-catching options.

Let’s take a look at the best bets to blow up on the main slate for DFS Week 13. 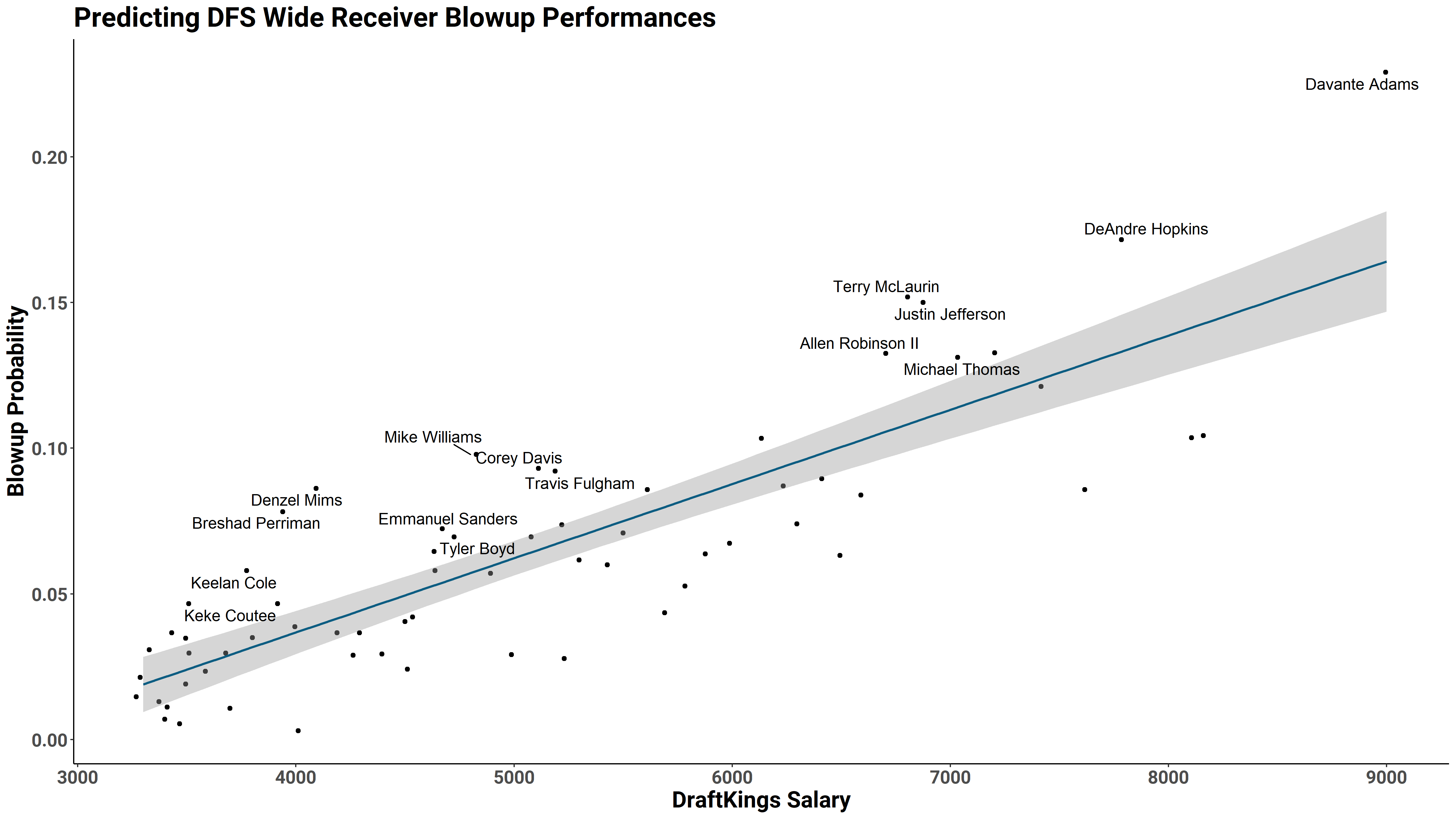 Adams has now scored at least one touchdown in each of his past six games, offering an unmatched floor at the wide receiver position. Last week was still a relatively quiet performance for him, but he did convert on all six of his catchable targets. He once again saw over 100 air yards, with a 47% air-yard share.