There are five main components to this showdown slate analysis that you’ll find below:

The spread and over/under are similar in these matchups (Cowboys -3, 53.5.5 O/U versus this matchup at Buccaneers -2.5, 50.5 O/U). All the players aren’t perfect matches, but that’s why we use 100 similar matchups and not just the single most similar. 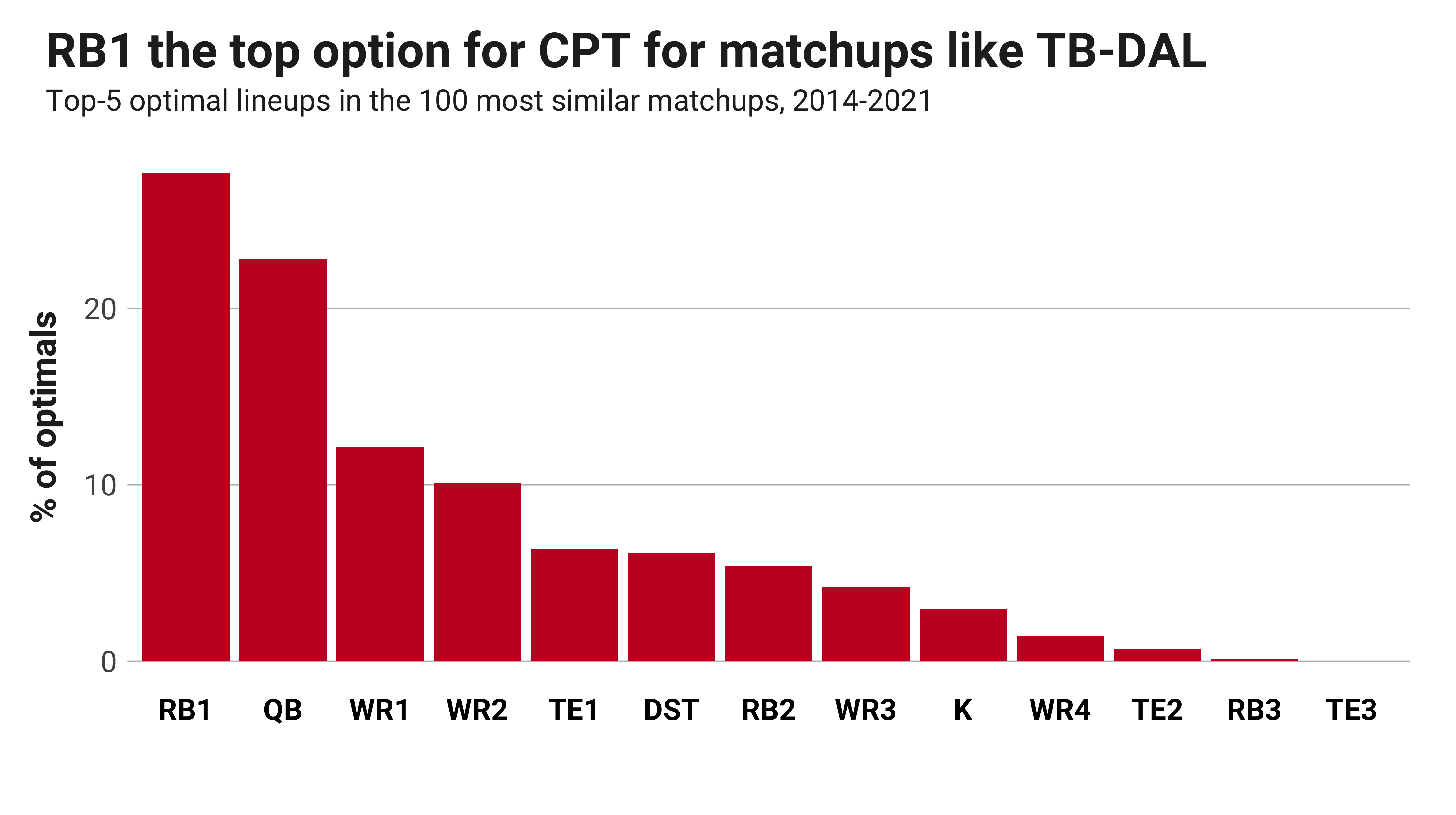 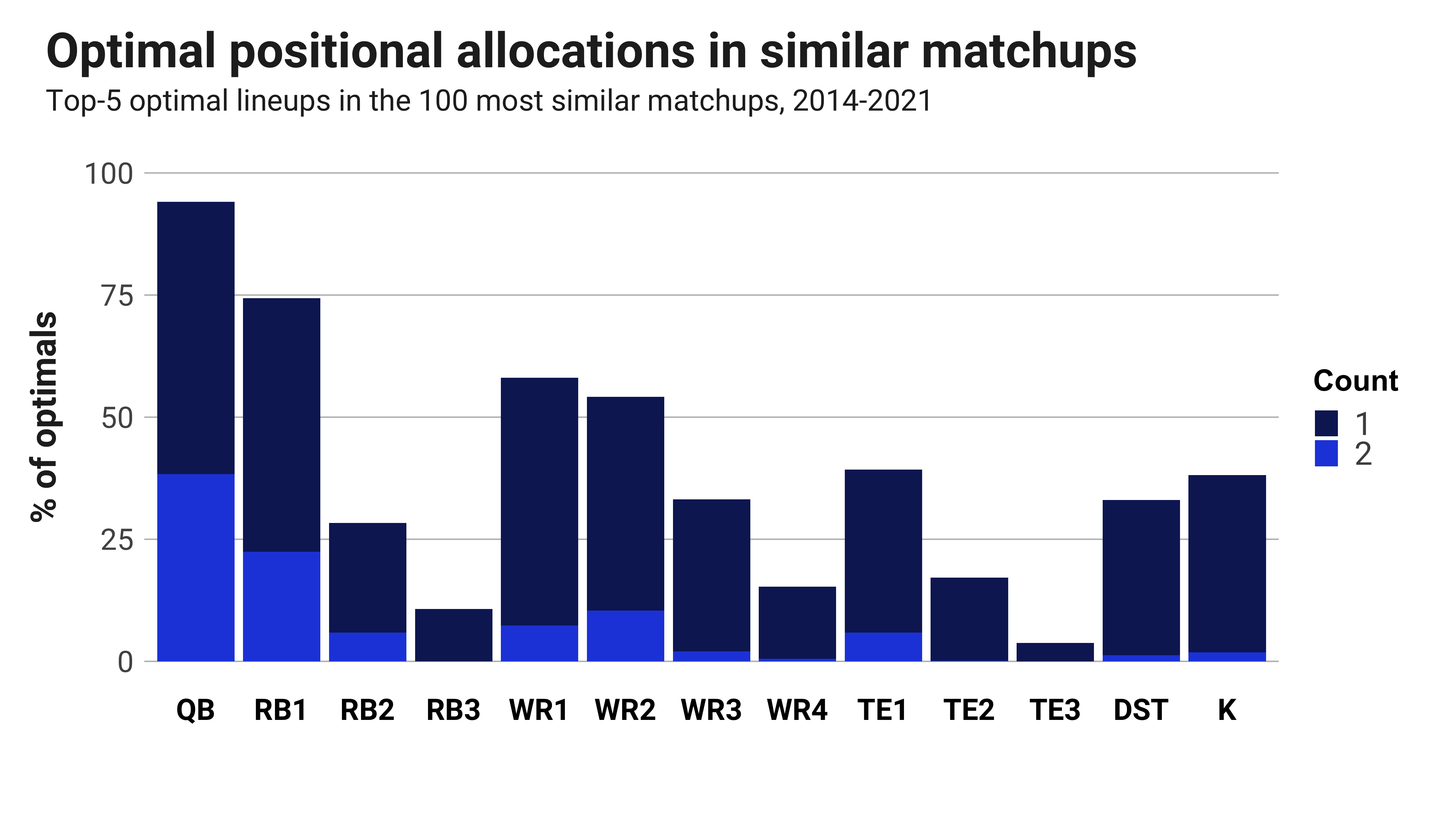 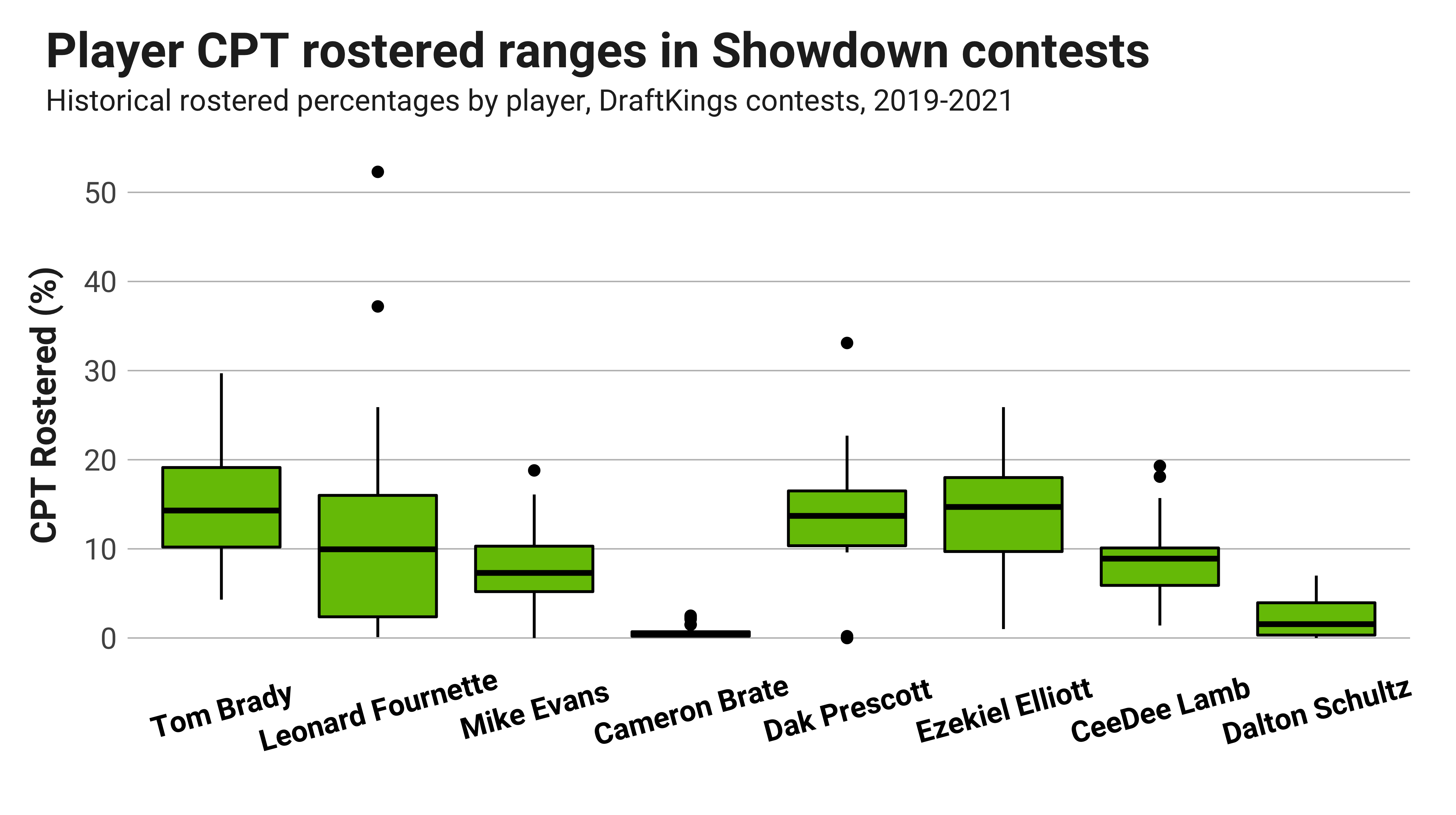