It’s time for the Week 7 fantasy football waiver wire. Fantasy waivers can often make or break your season. Making the right decision on which players to add and drop is crucial, so we have you set up with a deep list of potential waiver wire adds for Week 6.

Josh Allen, BUF (3-5%) — The Bills are coming off their bye and get the Dolphins. Allen is the top streamer option of the week.

Devin Singletary, BUF (10-20%) — This is likely your last chance to stash Singletary. He isn't a starter at this point, but his upside makes him a potential league-winning option come December.

Robby Anderson, NYJ (15-30%) — Sam Darnold made all the difference for the Jets passing game. Anderson is back into upside WR3 territory.

John Brown, BUF (10-20%) — Brown gets plus matchup this week and continues to be Josh Allen's top target. 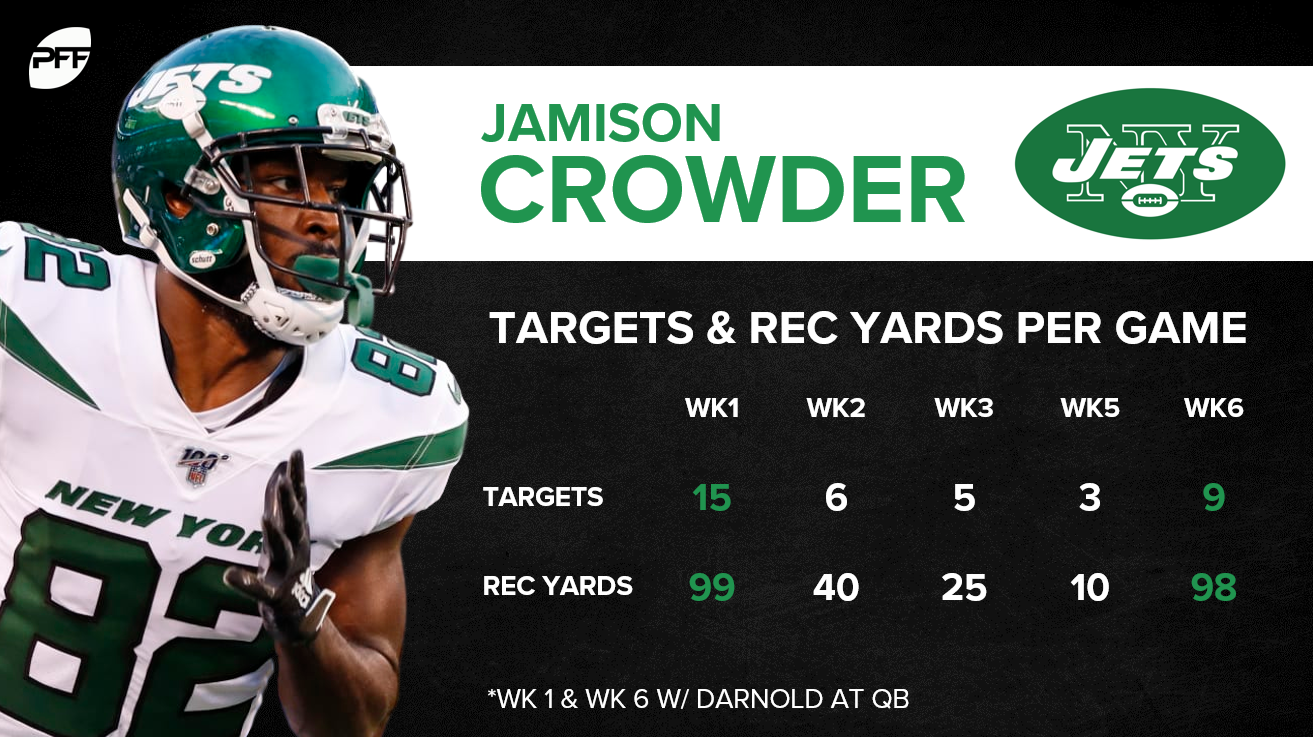 Jamison Crowder, NYJ (10-20%) — The volume picked right back up for Crowder with Sam Darnold back. He doesn't offer a high ceiling but will see plenty of targets going forward.

Jared Cook, NO (5-10%) — Cook has scored in back-to-back weeks and Drew Brees is nearing a return.

Kirk Cousins, MIN (1-3%) — Don't just look at the stats from the last two weeks. Cousins had great matchups. His numbers will likely come back to earth against the Lions.