It’s time for the Week 13 fantasy football waiver wire. Fantasy waivers can often make or break your season. Making the right decision on which players to add and drop is crucial, so we have you set up with a deep list of potential waiver wire adds for Week 13.

Baker Mayfield, CLV (7-15%) — You don't want to stream Mayfield this week, but the Browns quarterback gets juicy matchups in Weeks 14 and 15.

Rashaad Penny, SEA (25-50%) — Chris Carson‘s fumbles opened the door for Penny, and he came storming through last week. Expect at least a committee in the Seahawks' backfield going forward.

Jonathan Williams, IND (15-30%) — Williams has been a huge surprise over the last two weeks, and he'll get at least one more feature workload with Marlon Mack out for Week 13.

Ronald Jones, TB (15-30%) — He's inconsistent for sure, but Jones is still widely available and has the upside to put up RB2-plus numbers in the high-powered Tampa offense. 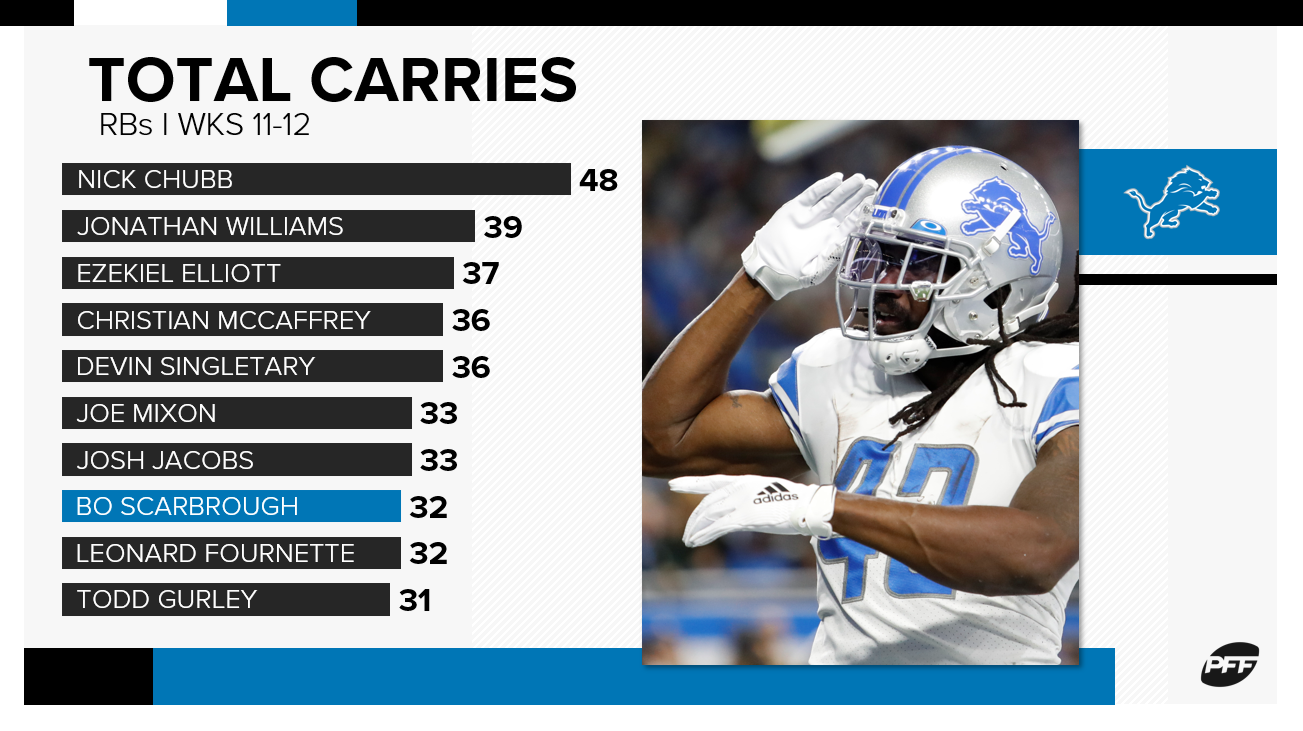 Bo Scarbrough, DET (15-30%) — The Lions have made it clear that they're going to feed Scarbrough. He lacks upside but should see plenty of carries going forward.

Latavius Murray, NO (15-30%) — Murray remains one of the best handcuffs in the league and should be scooped up if he's available.

Will Fuller V, HOU (50-100%) — Shockingly, Fuller is owned in just 65% of leagues. He's worth spending all your FAAB budget on if he's available in your league.

Marquise Brown, BAL (50-100%) — Fantasy players have fallen asleep at the wheel and allowed Brown to be on waivers in nearly 40% of leagues.

DeVante Parker, MIA (25-50%) — Parker is finally having his breakout season and is still fairly widely available with his ownership sitting at 63%.

David Njoku, CLV (7-15%) — Will he return this week? We aren’t sure just yet, but Njoku will be an every-week fantasy starter as soon as he's back on the field.

Sam Darnold, NYJ (5-10%) — Darnold has turned it on over the last two weeks. Only Lamar Jackson has more fantasy points over that span.