It’s time for the Week 11 fantasy football waiver wire. Fantasy waivers can often make or break your season. Making the right decision on which players to add and drop is crucial, so we have you set up with a deep list of potential waiver wire adds for Week 11.

Nick Foles, JAX (5-10%) — We saw Gardner Minshew put up big fantasy numbers over the first half of the season with the Jaguars' surround cast. Foles has the potential to do the same thing in November and December.

Daniel Jones, NYG (5-10%) — Jones is coming off a big outing in Week 10 and has a budding connection with Darius Slayton. The Giants are on bye this week, but Jones' upside is worth a stash if your wire is picked over.

Derek Carr, OAK (5-10%) — A friendly upcoming schedule puts Carr in play as a streamer option over the next several weeks.

Ronald Jones, TB (25-50%) — While he was still splitting work in the run game with Peyton Barber, Jones caught eight balls for the Bucs in Week 10. His role and upside make him an RB2-plus going forward.

Brian Hill, ATL (15-30%) — With Devonta Freeman banged up and Ito Smith on IR, Hill will likely be the every-down back for Atlanta for the next two weeks.

Kareem Hunt, CLV (15-30%) — Hunt got back on the field and was immediately involved, catching an impressive seven balls last week.

Will Fuller V, HOU (20-40%) — The Texans receiver is likely to return this week. Fuller offers major upside and should be scooped up if he was dropped.

Marquise Brown, BAL (15-30%) — The Ravens are firing on all cylinders and Brown is their top receiving target. 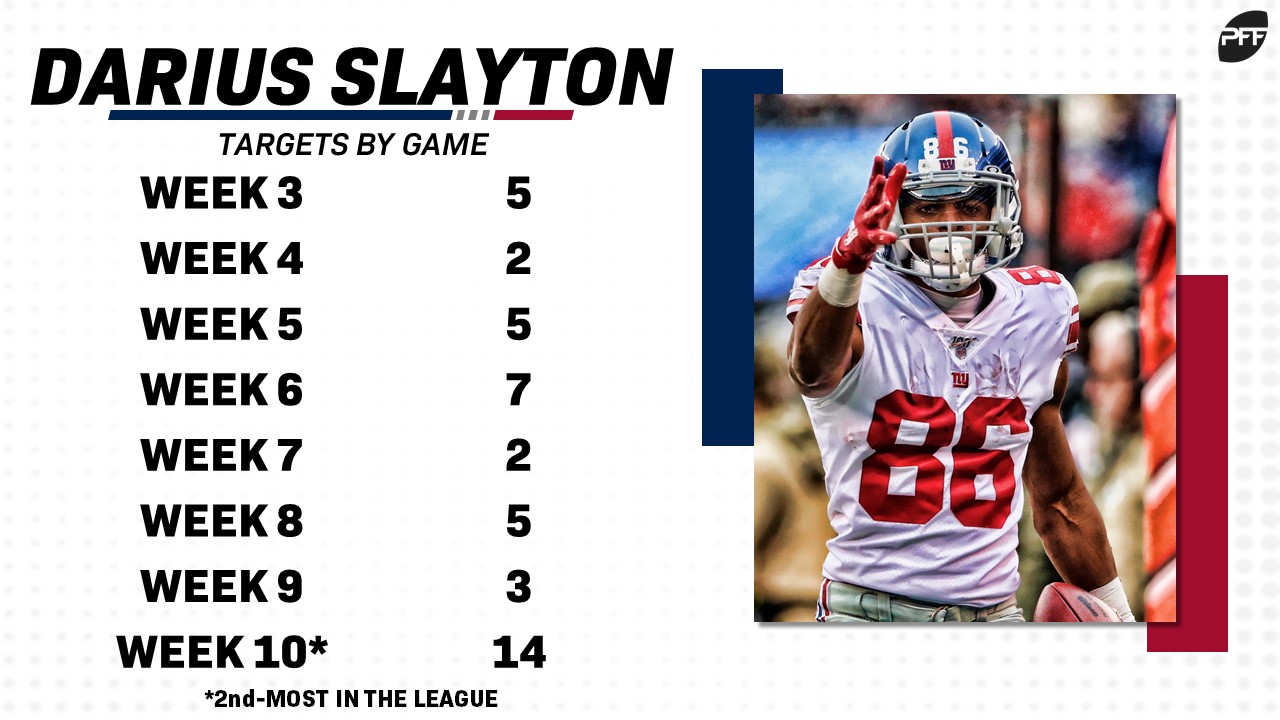 Mohamed Sanu, NE (15-30%) — If Sanu slipped through the cracks last week, grab him. He figures to be busy for the Pats in November and December.

Jacob Hollister, SEA (10-20%) — Apparently the Seahawks really like throwing to their tight end. Hollister should now be considered a TE1 for the rest of the season.

Sam Darnold, NYJ (3-5%) — If you're looking for a one-week option with upside, Darnold is in play this week against the Redskins.