Dynasty fantasy football is a year-round endeavor, and we’re close to wrapping up an offseason full of hard work. Every dynasty manager needs to constantly know the value of players, whether the league has just started and is still drafting or if you're several years in.

Trades are a huge part of dynasty leagues, and the managers who can successfully buy low while also selling high are a best positioned to win in the long run.

With the amount of great young talent in the NFL, it is a great time to join a dynasty league. Drafting or trading for the right player now could truly land you a starter for the next decade.

The following are my top 300 players in dynasty drafts, which are based on 12-team leagues, to help with any of your dynasty league short- or long-term plans.

The league has more than its fair share of dynamic young wide receivers, but it’s so hard to find a good young running back who plays a significant role in their offense. Comparatively, there are significantly more wide receivers to get excited about for 2022 and beyond, which is why the running back position headlines these rankings.

Jonathan Taylor will be the unanimous RB1 in dynasty leagues throughout the offseason, though Najee Harris shouldn’t be far behind. The Steelers workhorse finished as the RB3 this past season thanks, in large part, to volume — his 978 offensive snaps were 170 more than any other running back. 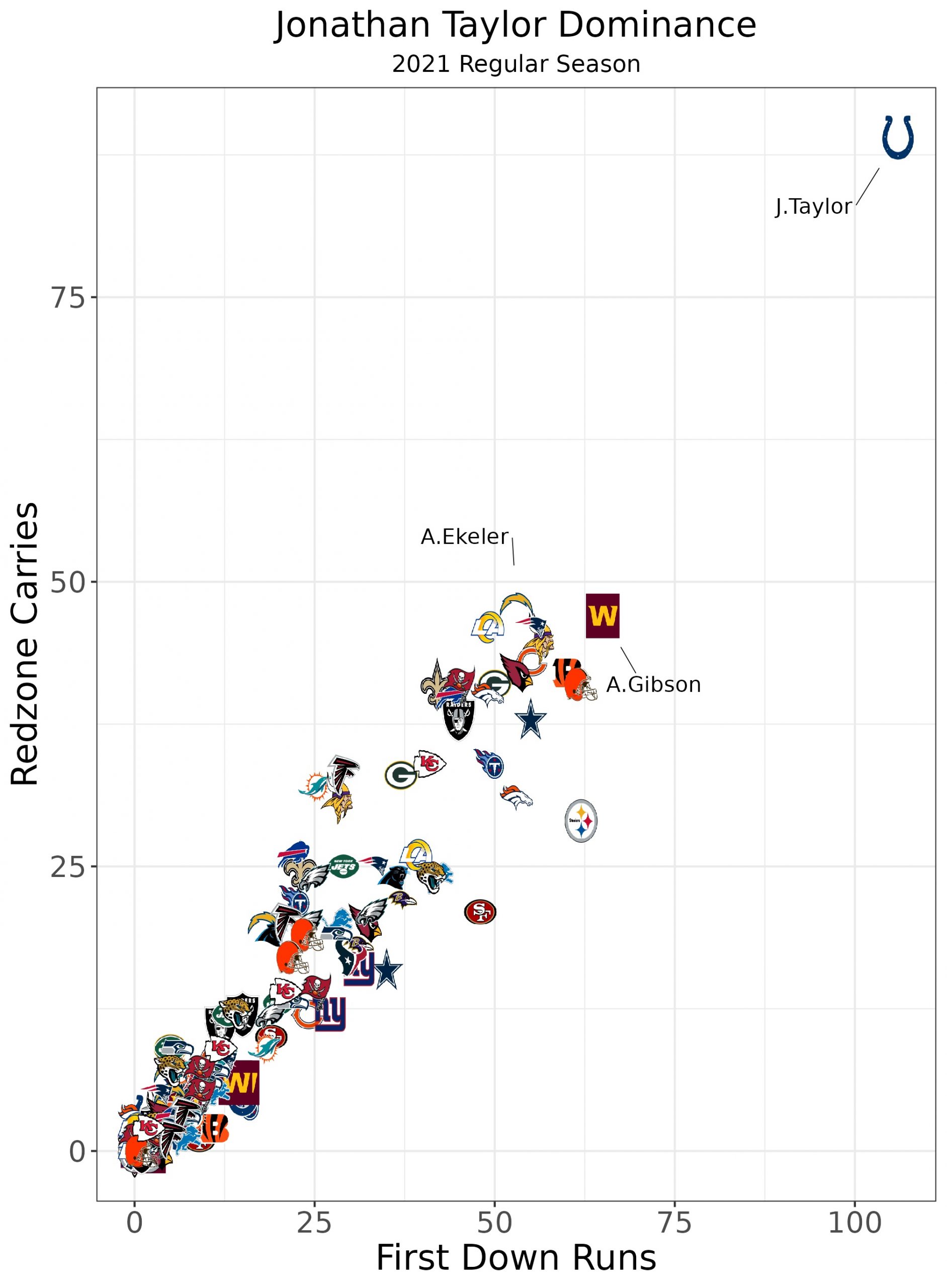 His 24.7% career threat rate is very good but not as high as other elite wide receivers. Cooper Kupp and Davante Adams finished above 30% in 2021. Jefferson has a new head coach in Kevin O’Connell — the former Rams offensive coordinator who just helped Kupp toward one of the best wide receiver seasons in NFL history. O’Connell has already said in interviews that Jefferson will be Minnesota's version of Kupp.

Jefferson is much younger than Kupp. He also has significantly less competition for targets than Ja’Marr Chase, making him the most exciting wide receiver going forward.

Javonte Williams ranks third among running backs due to the combination of his age, talent and potential opportunity. The North Carolina product just turned 22 years old, and he just led the league in avoided tackles per carry (0.31). Williams played roughly 50% of offensive snaps for the Denver Broncos last season but finished as the RB1 for the week when he was elevated into the starting role. Melvin Gordon III returned to the Broncos, but under a new coaching staff, it wouldn’t be surprising for Williams to take the lead in carries and routes. Russell Wilson took over at quarterback for Denver, which should lead to more red-zone opportunities for both backs.