The best DSTs to stream in fantasy in Week 14

Here are the defenses you should be looking to add in Week 14:

This is an especially tough week for streaming defenses, mostly because three of the four recommended defenses from last week’s article now have an ownership percentage well above 50%, and all three have top matchups. However, so too does the fourth defense we mentioned – Green Bay. 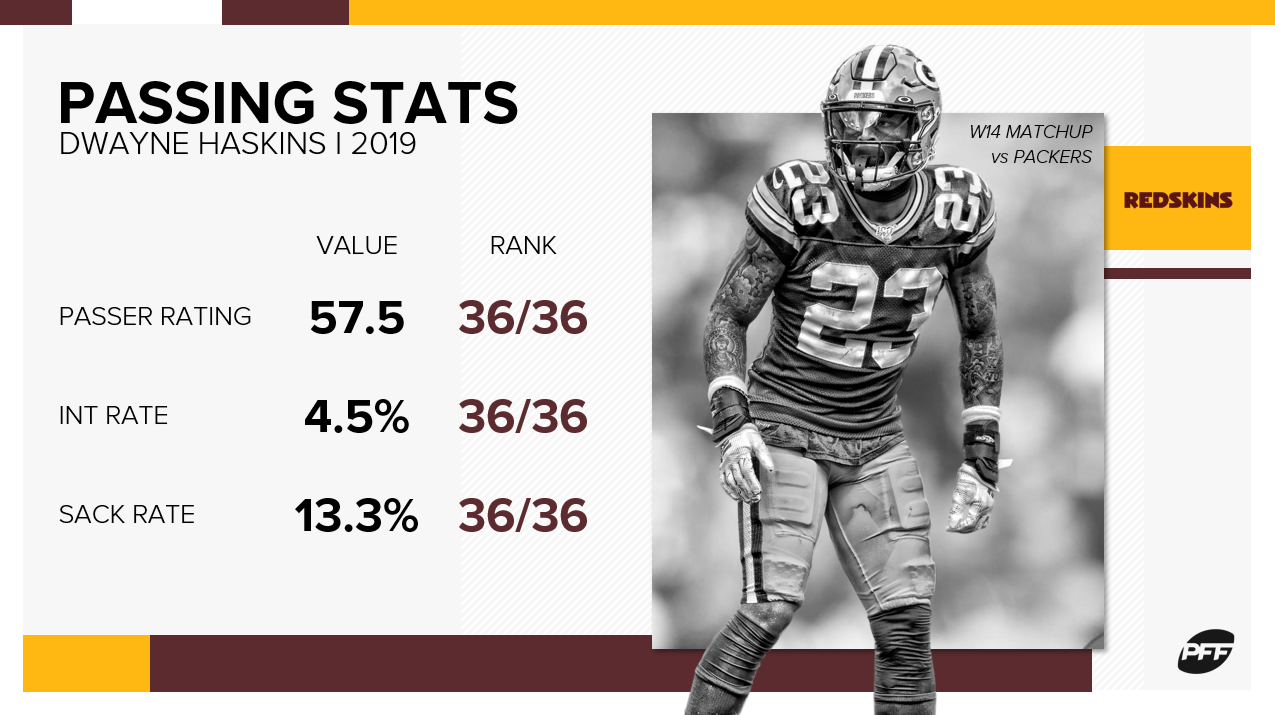 The Packers took advantage of a soft matchup last week, intercepting three passes and scoring 10.0 fantasy points against the Giants. Now, they draw a Washington offense that worst in points scored per game (14.4) and sixth-worst in fantasy points per game allowed (10.4) to opposing defenses. Of 36 qualifying quarterbacks, Dwayne Haskins ranks worst in passer rating (58.5), interception percentage (4.5%), and sack rate (13.3%). As 14.0-point home favorites, Green Bay feels like a lock for top-six production.

Drew Lock performed better than expected in his debut, but when he averaged just 4.8 yards per attempt, that says more about our expectations than anything else. And those low expectations were warranted, after Lock graded seventh-worst of 74 qualifying quarterbacks this preseason. Without Jadeveon Clowney and J.J. Watt, Houston’s defense isn’t much to write home about, but given the matchup, they’re a safe bet to finish top-10 this week.

Similarly, Indianapolis’ defense isn’t anything special, and they are road underdogs, but the matchup is strong enough to consider them as a top-12 option. Tampa Bay ranks fifth-worst in fantasy points per game allowed (10.7), on the back of Jameis Winston’s league-leading 20 interceptions and nearly league-leading (off by one) 40 sacks.

Unlike the other defenses on our list, Seattle is well above average, ranking 10th in fantasy points per game (8.5). Los Angeles, meanwhile, is giving up the 11th-most fantasy points per game (8.0) to opposing defenses. Even after his big game last week, Jared Goff has now recorded a passer rating below 83.5 in 11 of his last 15 games. For perspective, Kyle Allen’s 83.6 passer rating ranks just 29th of 34 qualifying quarterbacks. Like Indianapolis, they should be viewed as a borderline top-12 defense this week.