Over the past couple weeks, I used statistically comparable historical players to project NFL value, as measured by our proprietary wins above replacement metric (WAR), for early– and mid-round wide receivers and running backs. In this article, I’m going to apply that matching analysis with the projections focused on fantasy value.

The matching methodology is largely similar to the prior articles, but now we have the actual NFL draft positions for all prospects, and I’m expanding the comparable players listed below to 10 from five. Above the individual player comps, I’ve included a plot with the receivers by round and the average number of top-6, top-12 and top-24 fantasy weeks for the player’s comps over the first three seasons of their career. These projections give us a broad perspective on fantasy production for each player, along with the ability to compare across the 2020 class.

The comps below were derived from a two-step process. First, I used player age (as of Sept. 1, 2020) and draft position as filters, then used the rest of the matching features in principle component analysis (PCA). I found the closest statistically comparable players by euclidean distance between the players' principle components and then gave each a “Similarity” score based on percentile of distance.

The filters for age and draft position are plus/minus one year and one round, respectively. The metrics for PCA are: weight, 40-yard dash, rushing attempts per game, max yards per reception season, career market share of team receiving yards, and yards per route run. The comparable player tables for each prospect also include the top-12 fantasy weeks for each over the first three years of his career.

For missing Combine 40-yard dash times, I filled the values with Pro Day times plus a 0.1-second penalty, or estimated using weight and other measurables. For years without route-run data (prior to 2016), I used yards per team attempt, with attempts adjusted down under the assumption receivers don’t run 100% of routes. The final values for projected top fantasy weeks are weighted by the similarity between the comparable player and prospect. 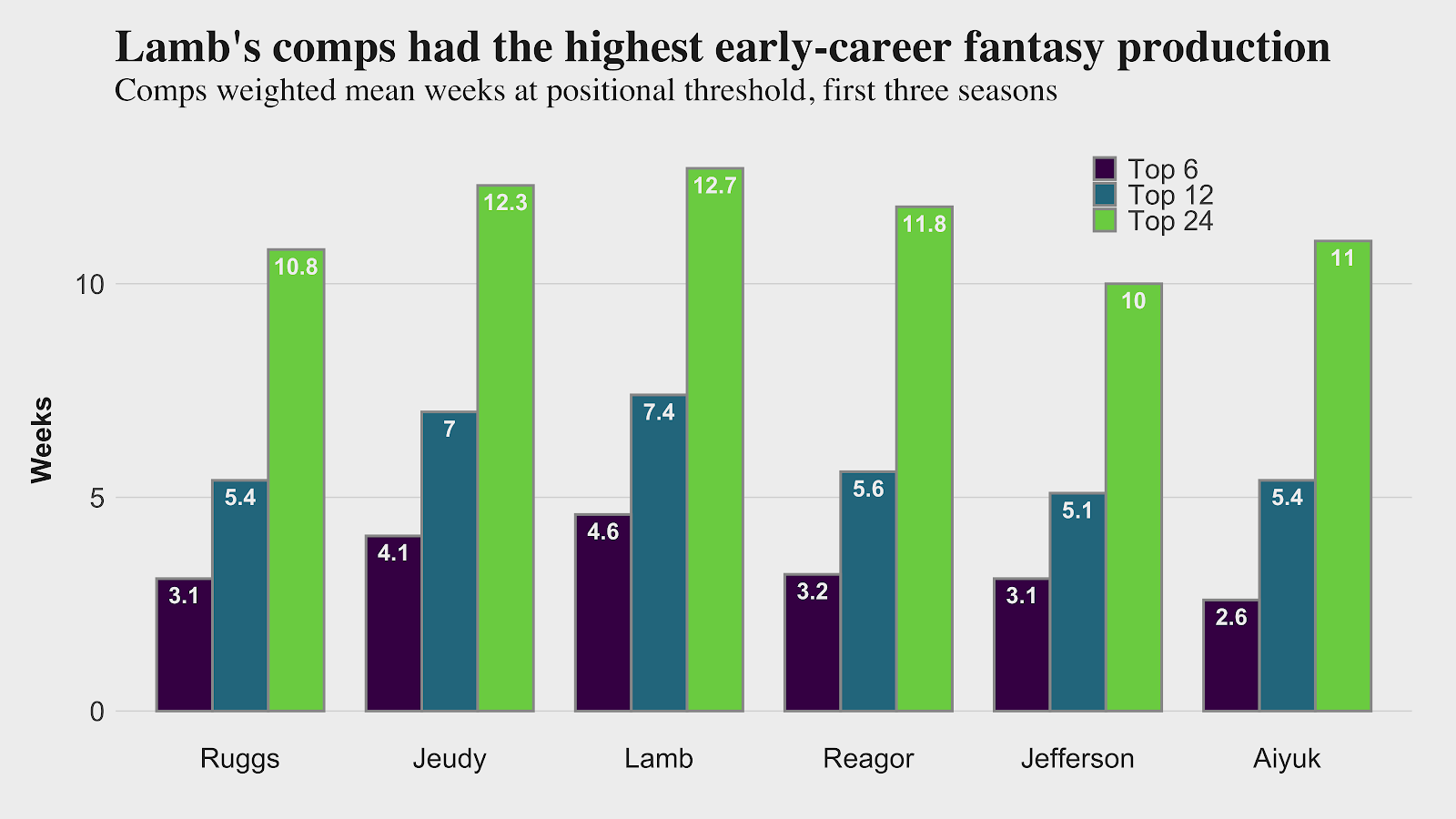 Henry Ruggs has a lower projection than you’d expect for the first wide receiver drafted, largely because of the lower college production profile of the comps you’ll see below. CeeDee Lamb, as the most productive college receiver, has the highest comp-based projections for top-6, top-12 and top-24 weeks among all first-round receivers. 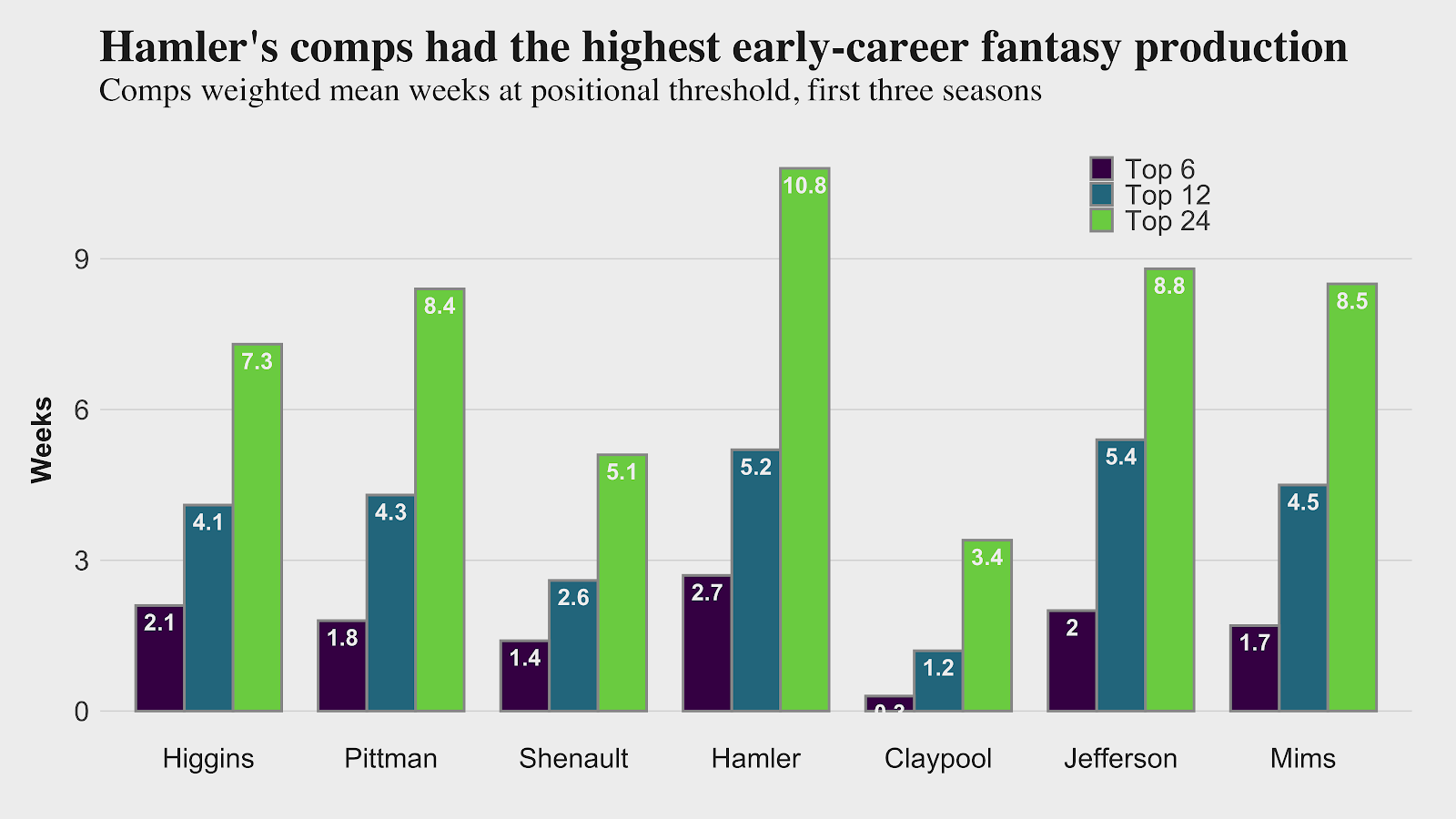 In a somewhat shocking development, K.J. Hamler has the highest projections among the seven second-round receivers, with top comps like Brandin Cooks, DeSean Jackson and Randall Cobb.