• Bears backfield moves closer to a committee: Both Bears running backs scored touchdowns, with Khalil Herbert seeing a larger role in the offense than usual.

• Rhamondre Stevenson season continues: The Patriots running back started over Damien Harris for the first time in a game both players played.

• Tyquan Thornton’s quiet night: The rookie receiver had a big opportunity to solidify his role in New England’s offense, but his only catch occurred in garbage time. 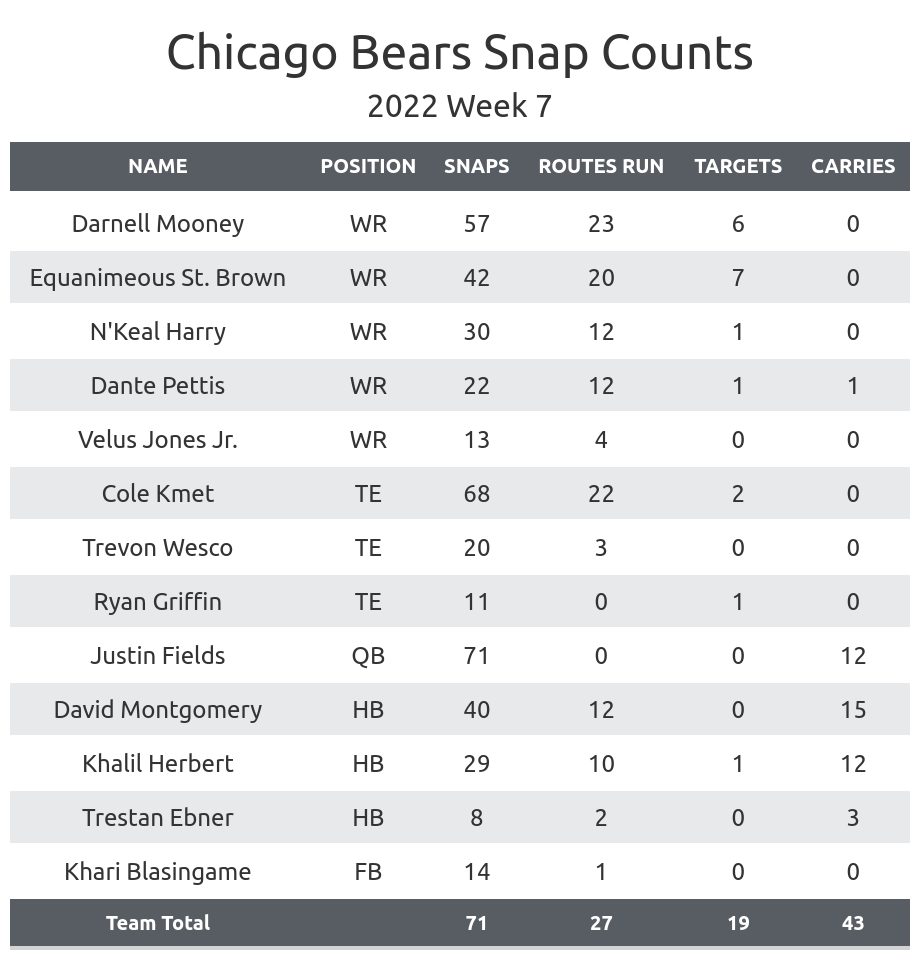 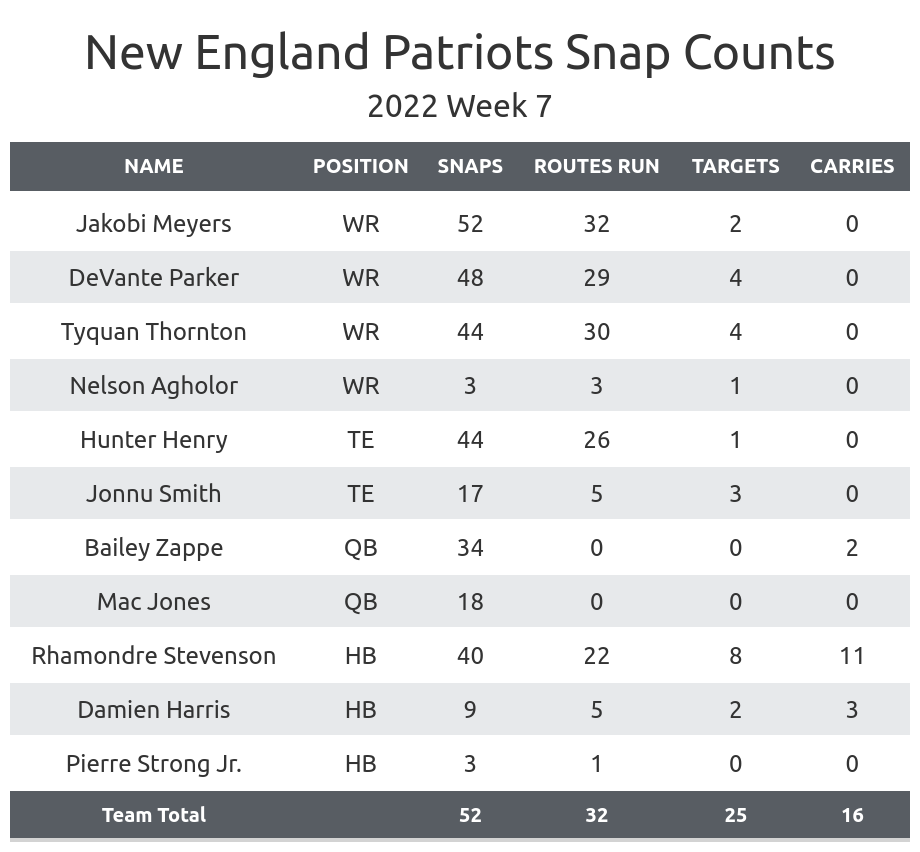 The Patriots backfield with Damien Harris healthy: Rhamondre Stevenson had two great games in a row without Harris in the lineup, but this rush attack returned to being more of a committee with Harris active. 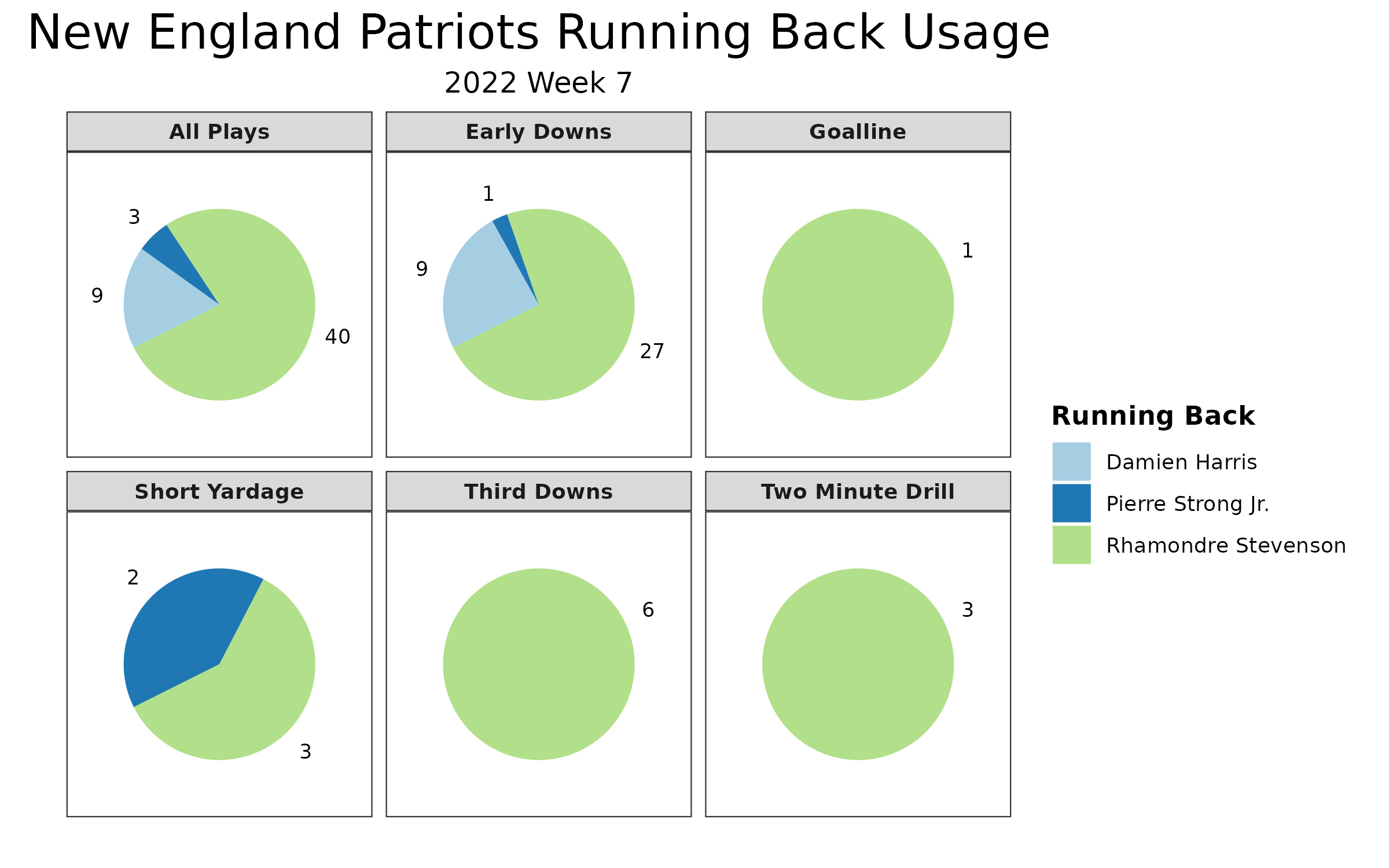 Tyquan Thornton is the Patriots' third receiver … for now: Thornton consistently took to the field as the third receiver in three-receiver sets, but he might not keep that role when other receivers are healthy. 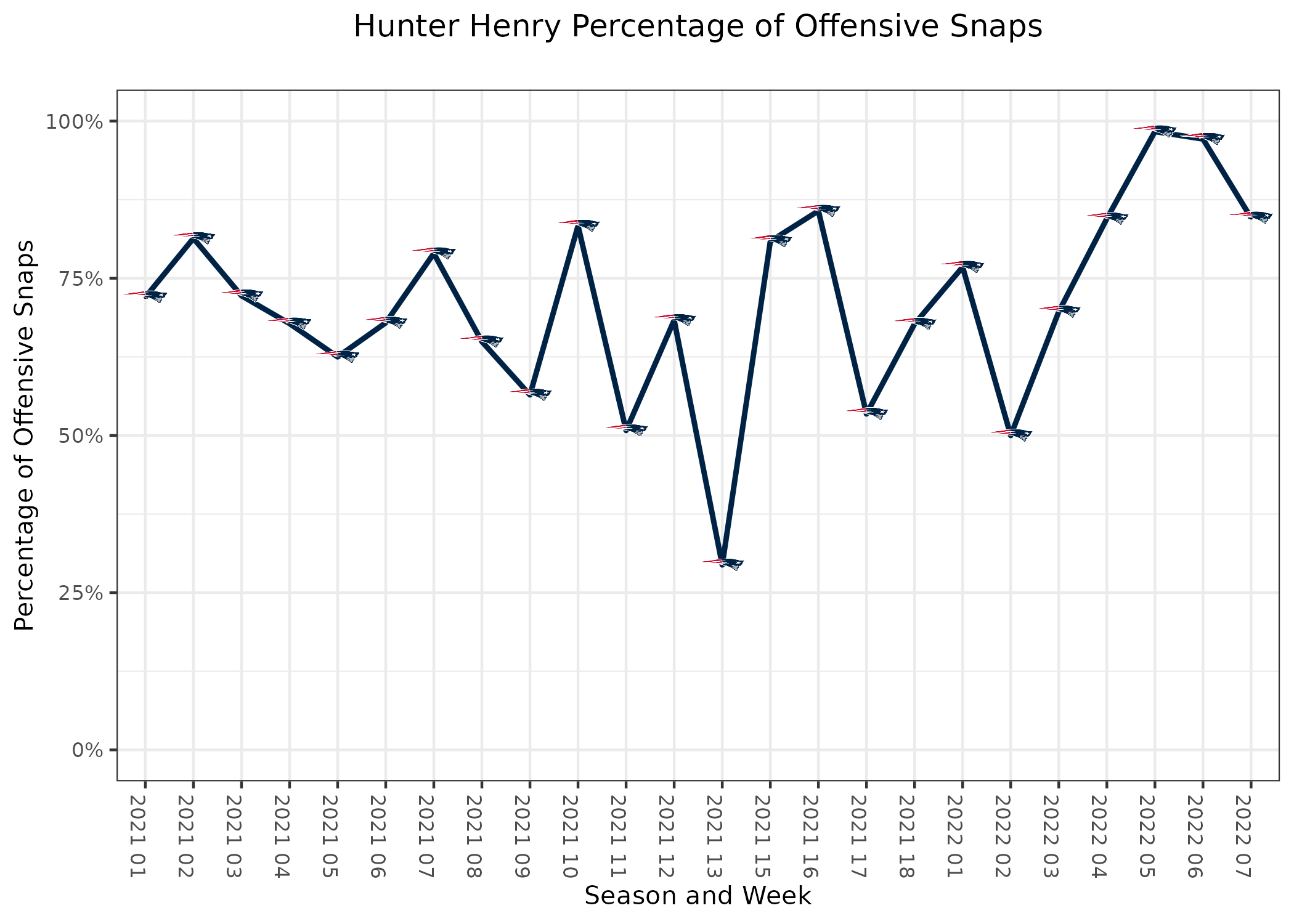 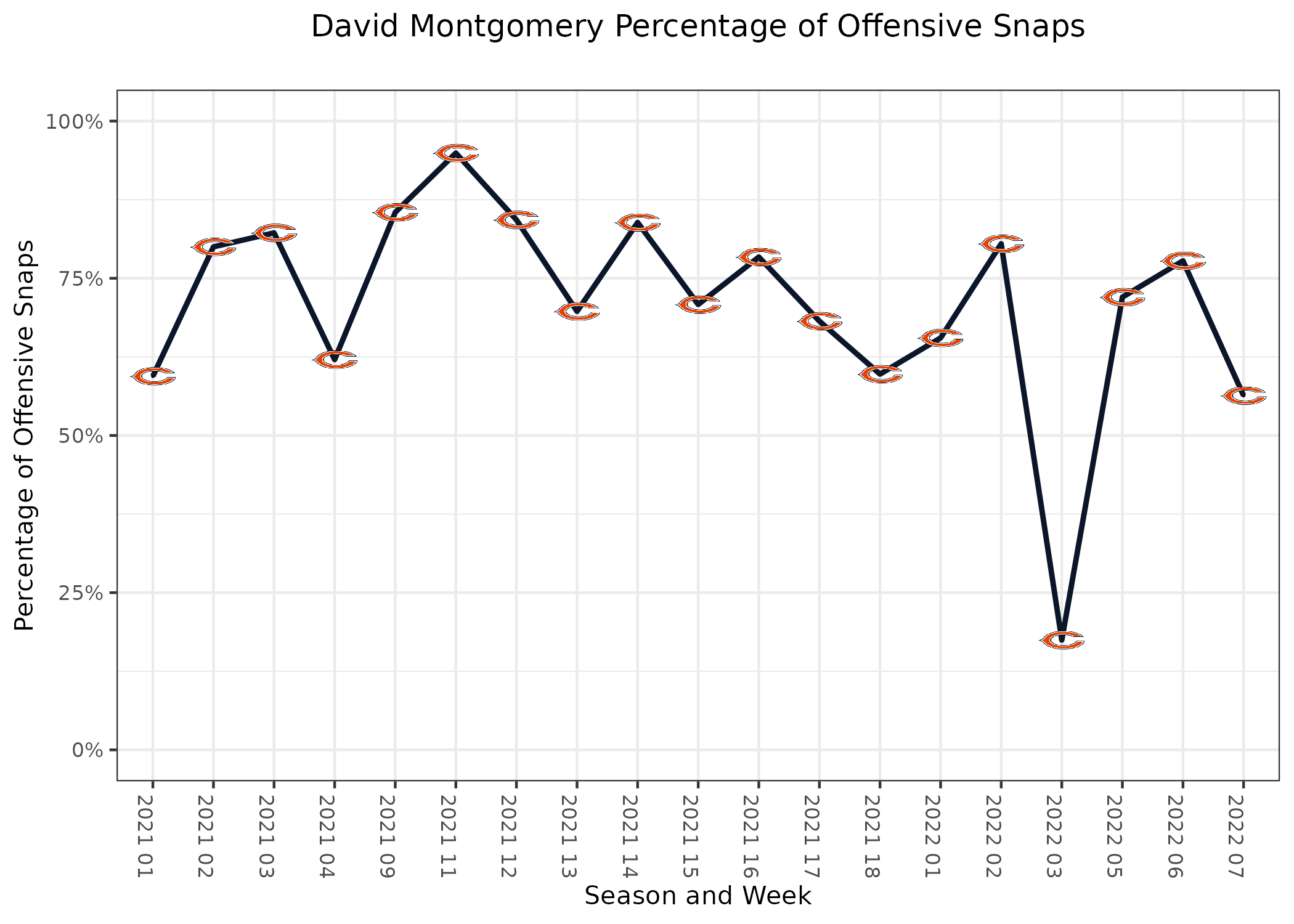 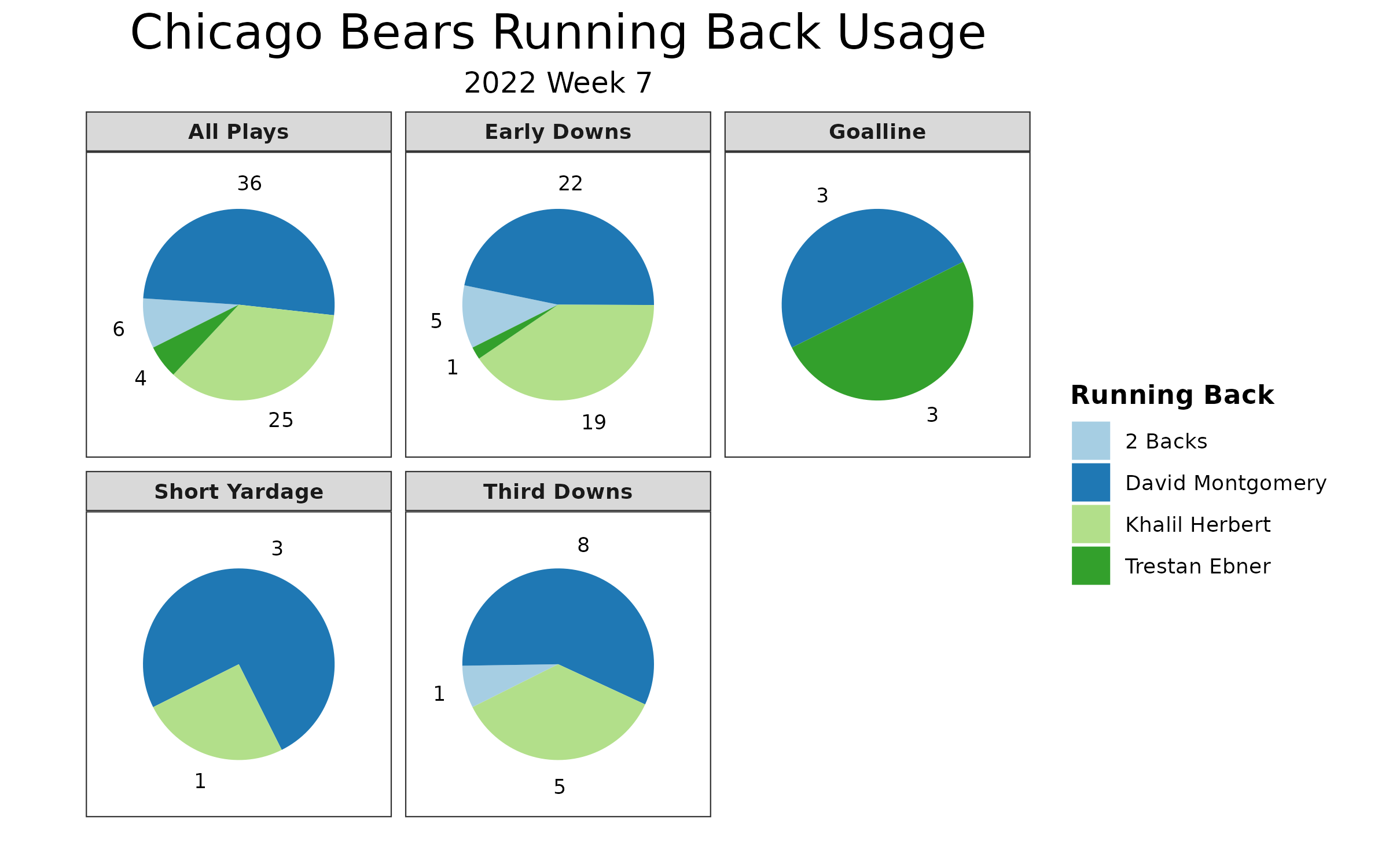 Bears battle for the third receiving spot: N’Keal Harry made his debut with Chicago, moving to the fourth receiver spot.