HOUSTON, TX - OCTOBER 16: DeAndre Hopkins #10 of the Houston Texans and Lamar Miller #26 walk back to the bench after Miller scored against the Indianapolis Colts at NRG Stadium on October 16, 2016 in Houston, Texas. (Photo by Bob Levey/Getty Images)

Who are the best fantasy football plays for building an optimal DFS lineup during the 2018 Wild Card Weekend? As we do every week, this piece brings you the DFS locks for the main slate. 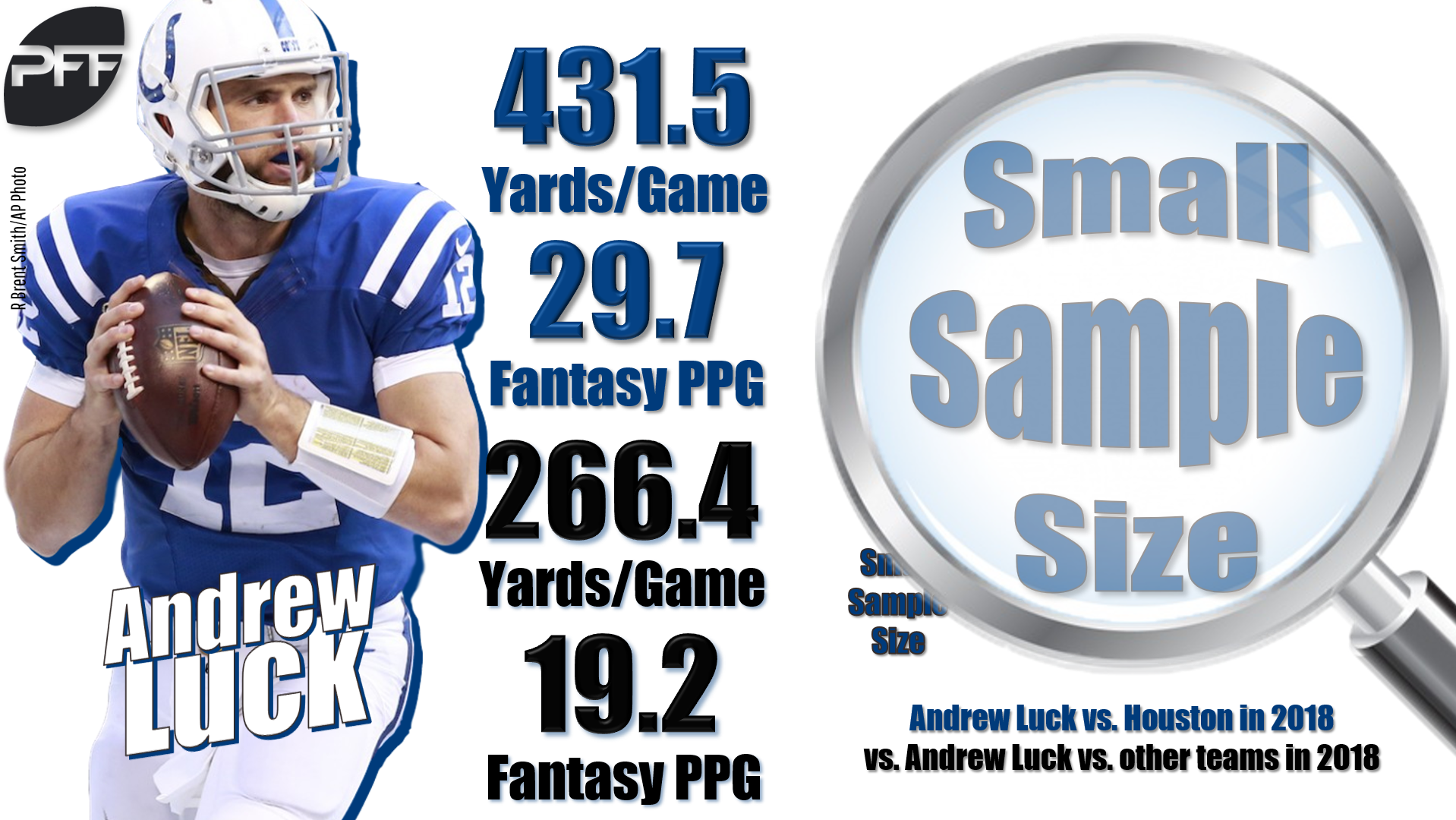 Despite playing on the road this weekend, Luck is traveling to Houston to face a familiar foe in a controlled-environment setting. In two games against the Texans this year, Luck went ham (399 yards and two touchdowns in Week 4) and nuclear (464 yards and four touchdowns in Week 4). This game has the highest projected over/under of the slate (49). Luck will likely be the highest-owned quarterback, but he’s impossible to fade.

Watson, fantasy’s No. 2 quarterback over the second half of the season, is playing as a home favorite in a game with the highest over/under and best snap pace outlook. Watson pummeled Indy for 375 passing yards and two passing touchdowns along with 41 rushing yards and a rushing touchdown back in Week 4 and put together a respectable (albeit less explosive) performance against them in Week 14. Watson has been on fire, this game has the best floor/ceiling combination of the weekend, and he’s playing in a favorable game environment — what’s not to like?

Elliott comes in fresh off Dallas’ Week 17 built-in bye to face a Seahawks rush defense that has hemorrhaged 4.6 rushing YPC against on the season and 5.1 YPC against over the second half of the year. Running backs have also hauled in 102 receptions against Seattle this year, fifth-most in the NFL.

Miller is extremely cheap ($4,900 on DraftKings; $6,400 on FanDuel), and I’m considering him a great play relative to his salary. Miller has over 95 total yards and/or a touchdown in seven of his last eight healthy games, with four 100-yard rushing efforts in that span (important if you’re playing DraftKings). The Colts rush defense is average — this isn’t a great matchup, but it’s certainly not bad — and the Texans are slight home favorites in a game with the best scoring potential.

Indianapolis did a good job keeping Hopkins in check in Week 14 — he had a 4-36-1 (10) line in that game — but Hopkins shredded them in Week 4 with a 10-169-1 (12) performance. Over the final three games of the season, Hopkins had 31 receptions on 39 targets for 421 yards. You can’t afford to pass up his floor/ceiling combination on such a short slate. 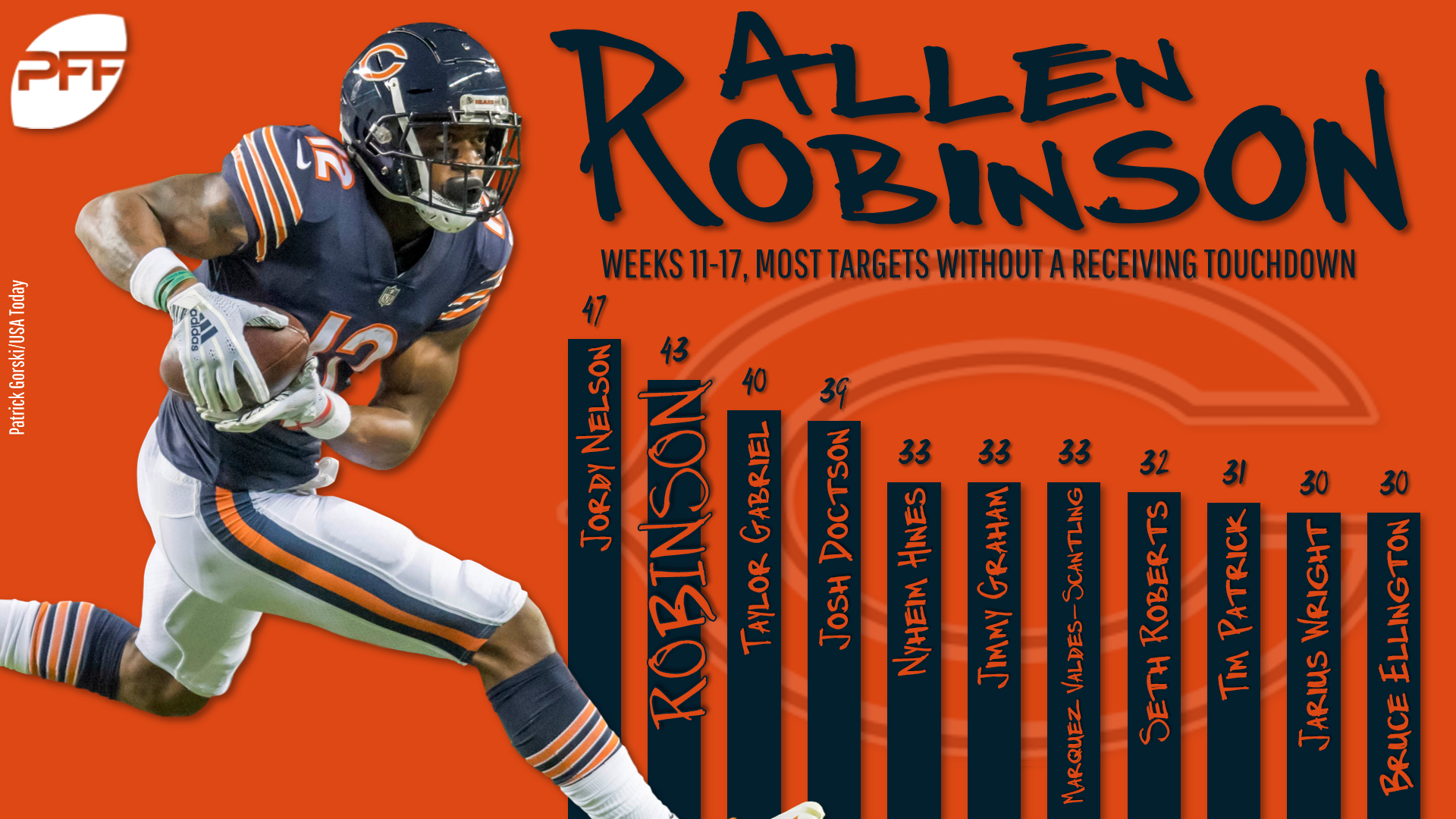 Robinson, one of the league’s leading positive touchdown regression candidates, squares off against a depleted Eagles secondary that has allowed the third-most fantasy points to opposing receivers this season. Robinson has at least seven targets in six of his last seven games.

Ertz has been one of the most bankable fantasy tight ends all season long, and that’s not going to change in the playoffs with only four games on tap. Ertz has shown a volatile floor/ceiling combination over the last three games with Nick Foles, producing just 4.5 PPR points last week after scoring 38 DraftKings points the week before. The big swings make him a viable GPP fade, but I’ll take his record-setting targets in cash.

Ebron is one of the other tight ends we’ve been comfortable playing in 2018, and we should be grateful to have both him and Ertz to choose from this weekend. Ebron has a better on-paper matchup against the Texans, who have allowed the second-most fantasy points to opposing tight ends this season. This year, Ebron averaged nine targets per game against Houston with a touchdown in both games.