AAF players who could have fantasy futures in the NFL

The Alliance of American Football league has indefinitely suspended football operations. That’s disappointing news for all fans of the league (myself included).

However, there were a few players who stood out during the eight weeks the league was active. These players might be worth keeping an eye on. Although most of these names will likely never prove to be fantasy-relevant in the NFL, all seem like good bets to be on an NFL team this summer, and it might be worth knowing their names, and especially if you’re like me and play in some really deep dynasty leagues.

Here’s who stood out:

Gilbert was a sixth-round pick in the 2014 NFL Draft, playing briefly with the Rams, Patriots, Lions, Raiders, and Panthers. He's thrown just three passes at the NFL level. Wolford went undrafted in 2018 but enjoyed a brief stint with the Jets before getting cut in early September. In his final season at Wake Forest he was our fourth-highest-graded passer, behind only Baker Mayfield, Will Grier, and Justin Herbert.

Although it’s unlikely either quarterback will ever prove to be fantasy-relevant, both are good bets to be on an NFL team this summer. 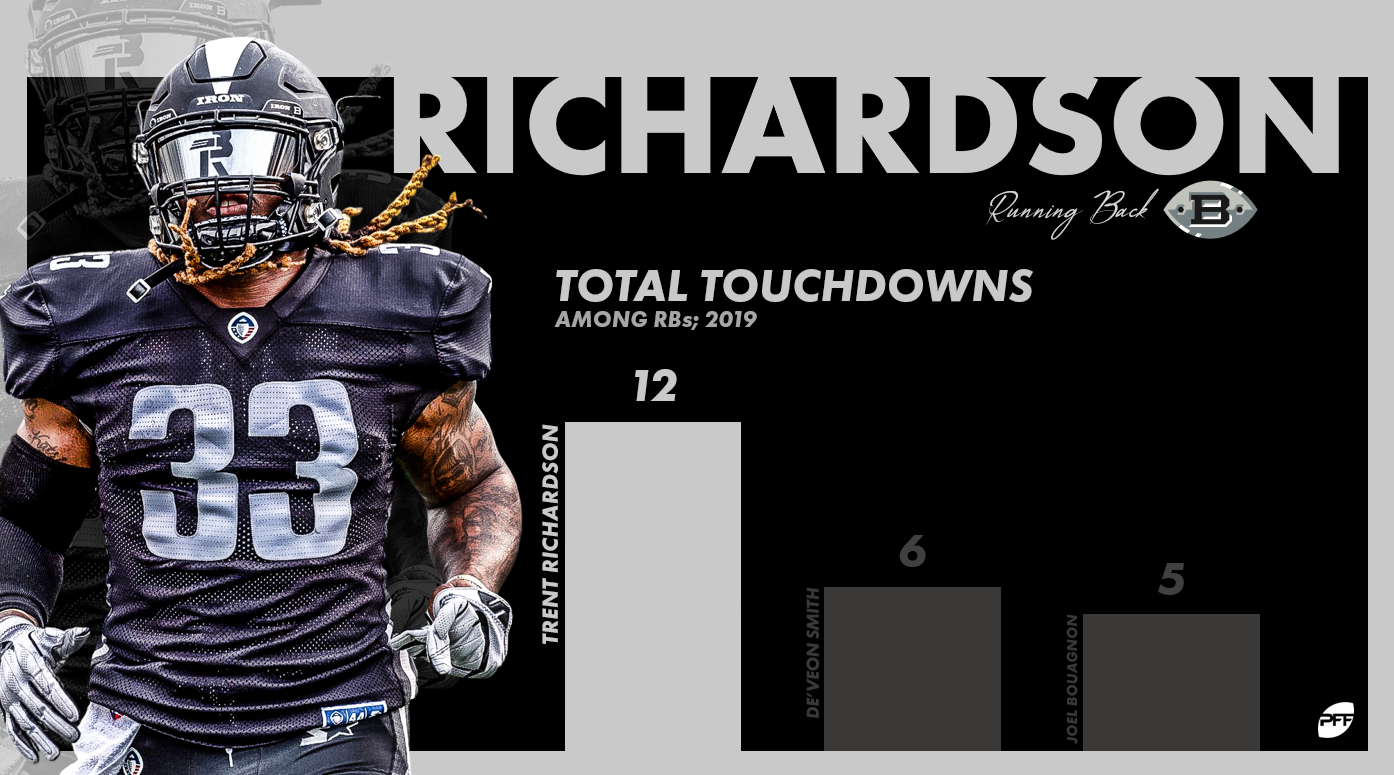 Few running backs really stood out in the AAF. Trent Richardson was the only bell cow and led all running backs in touchdowns with 12 (six more than next-closest), but also averaged only 2.93 yards per carry.

Pressley (age 26), ran a 4.40-second 40-yard-dash at his pro day in 2016. He went undrafted but spent time with the Vikings, Packers, Falcons, Jaguars, and Giants, though he’s never played in an NFL game. Johnson went undrafted last year, after totaling 949 yards on 204 touches in his senior year at South Florida.

Unsurprisingly, both receivers have already found some success in the NFL. Johnson (age 30) totals 834 yards across three NFL seasons, while Ross (age 29) has 192 yards on 14 career NFL targets. Both should be on an NFL team this summer. 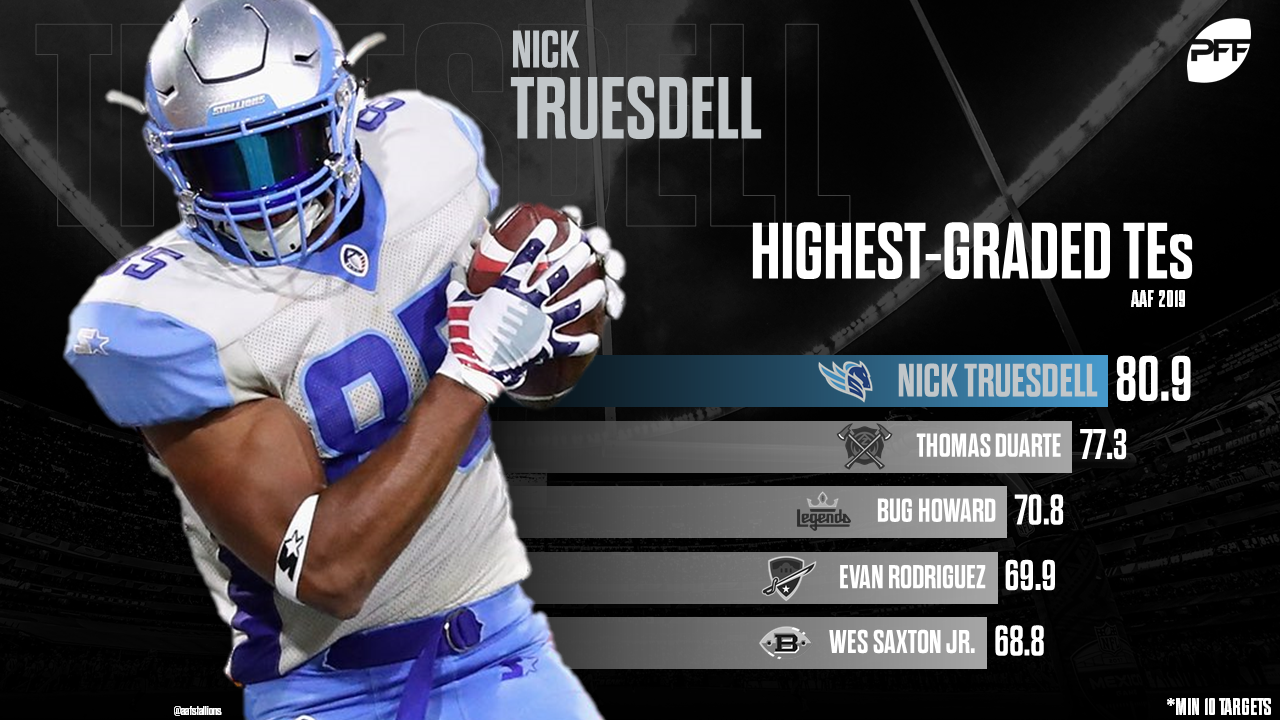 Nick Truesdell was our highest-graded tight end, both overall (80.9) and as a receiver (89.9). His 89.9 grade as a receiver also would have ranked first among all wide receivers. He led all AAF tight ends in targets (28), receptions (24), yards (269), and touchdowns (three), while dropping zero passes.

Truesdell is 29 years old and has enjoyed brief stints with the Colts and Vikings, though he’s never played in an NFL game. He’s a longshot to find success in the NFL, though he was (easily) the AAF’s best tight end.