A fantasy sleeper on each NFC roster

Fantasy football drafts are interesting and important at all parts. Sometimes the decisions you face in the first few rounds become stressful. In the mid-rounds, you are often drafting for needs.

It’s the late rounds though where owners have the chance to throw a few darts. If one or two of those darts lands on a bullseye – championship.

We already offered up some deep sleepers from the AFC. Below is a look at players currently being drafted in Round 12 or later or even undrafted in some cases from each of the 16 NFC teams that could pay big dividends:

The former college wideout only played 95 snaps in 2017 with just 12 receptions on 28 targets, but he scored three times and had five catches of over 20 yards.

Sanu has seen his ADP plummet this season after the Falcons drafted Calvin Ridley, but he was WR37 in standard leagues and WR30 in PPR formats a year ago.

He caught 80 passes from four different quarterbacks last year at Maryland, finishing with 1,033 yards and eight touchdowns and has shined so far in the preseason.

Miller has dazzled this summer and will be the Bears’ slot receiver. He ranked sixth among qualifying college receivers with 3.43 yards per route run from the slot in 2017.

The departures of Dez Bryant and Jason Witten have left 207 targets up for grabs. Beasley struggled last year but caught 75 balls for 833 and two scores in 2016. 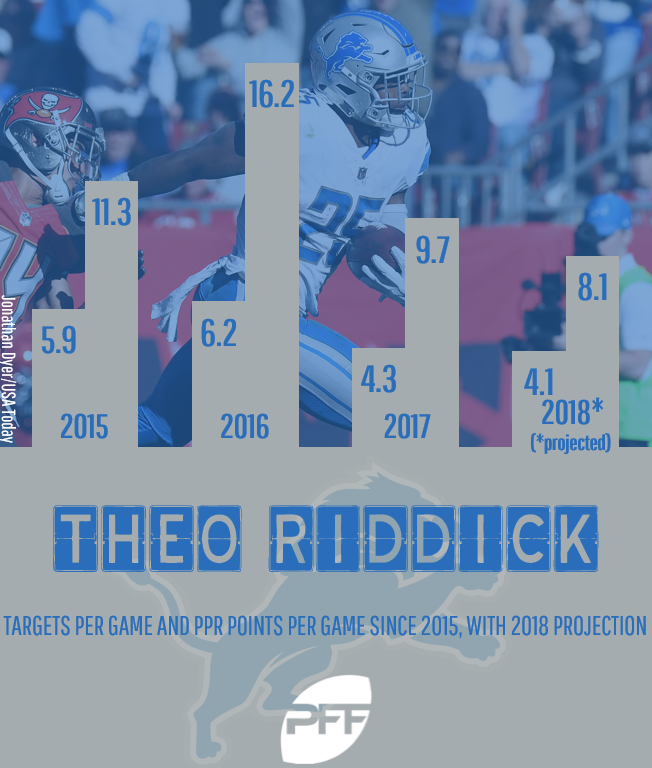 Green Bay drafted three wide receivers, but Allison is the best bet to be the No. 3 receiver in 2018. With Aaron Rodgers healthy that should aide his fantasy value.

Perhaps the deepest sleeper on this list, Kelly is buried on the depth chart. However, the rookie is a Todd Gurley injury away from being a potential fantasy starting option.

Murray delivered last year after Dalvin Cook got hurt, but with Jerick McKinnon moving on he should maintain a large enough role even with Cook healthy to be fantasy worthy.

Gallman figures to be the No. 2 running back behind Saquon Barkley. He averaged 4.3 yards per carry as a rookie and could see more action in the team’s passing game.

He scored six times and averaged 5.7 fantasy points per game in a crowded backfield as a rookie and enters this season as the No. 2 RB behind Jay Ajayi.

After scoring 22 touchdowns in two years at Washington, Pettis has flashed well this summer. He could carve out enough of a role as a rookie to warrant redraft consideration.

Lockett hasn’t lived up to the hype and dropped off the fantasy radar, but with Doug Baldwin hurt and all of the free agent departures he could surprise in 2018.

Winston is surrounded by stellar weapons and offers QB1 potential but is going undrafted in many leagues due to this three-game suspension to start the year.

His first two years have been disappointing, but the talent is there and the opportunities could be too in an offense in transition with Alex Smith taking over under center.