Drafting wide receivers is all about finding the right style and fit, and this year’s class is no different. From Ole Miss wide receiver D.K. Metcalf’s freakish size and straight-line speed to Stanford’s J.J. Arcega-Whiteside’s contested catch ability to Oklahoma’s Marquise Brown and UMass’ Andy Isabella providing the speedy deep threats. There are plenty of big-bodied receivers in the class, led by Arizona State’s N’Keal Harry, NC State’s Kelvin Harmon, and Iowa State’s Hakeem Butler. When you throw in Ole Miss WR A.J. Brown’s ability to win in the slot or on the outside, Georgia’s Riley Ridley’s route-running potential and Colorado State’s Preston Williams’ on-field talent, this class has plenty to offer for teams looking for their type of pass-catcher. 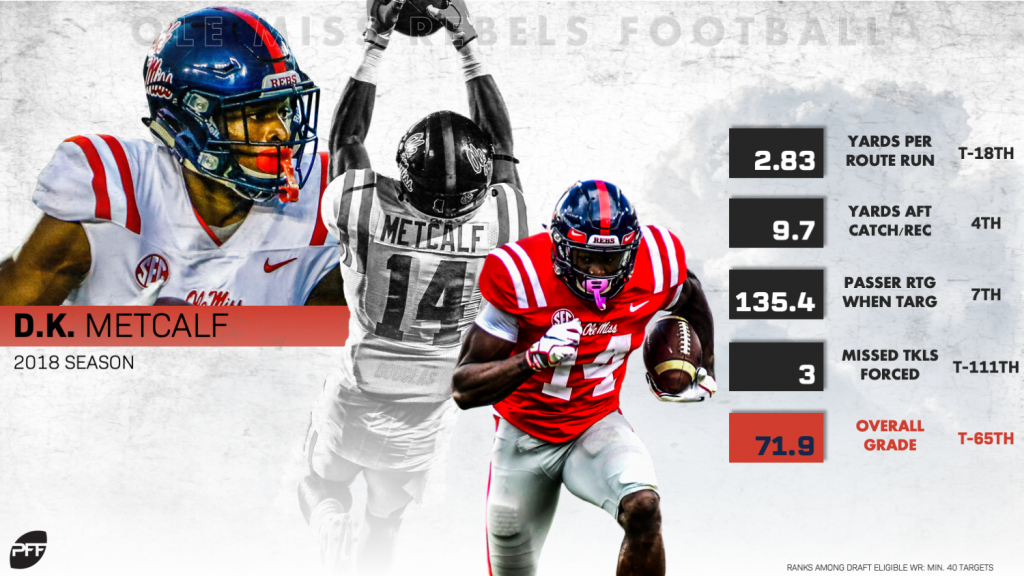 Brown was the definition of a complete receiver for Ole Miss. He forced 17 broken tackles, had 34 explosive plays and only dropped five passes on 90 catchable targets.

Isabella was the highest-graded wide receiver in the country, racking up 1,696 yards, including 219 against Georgia. 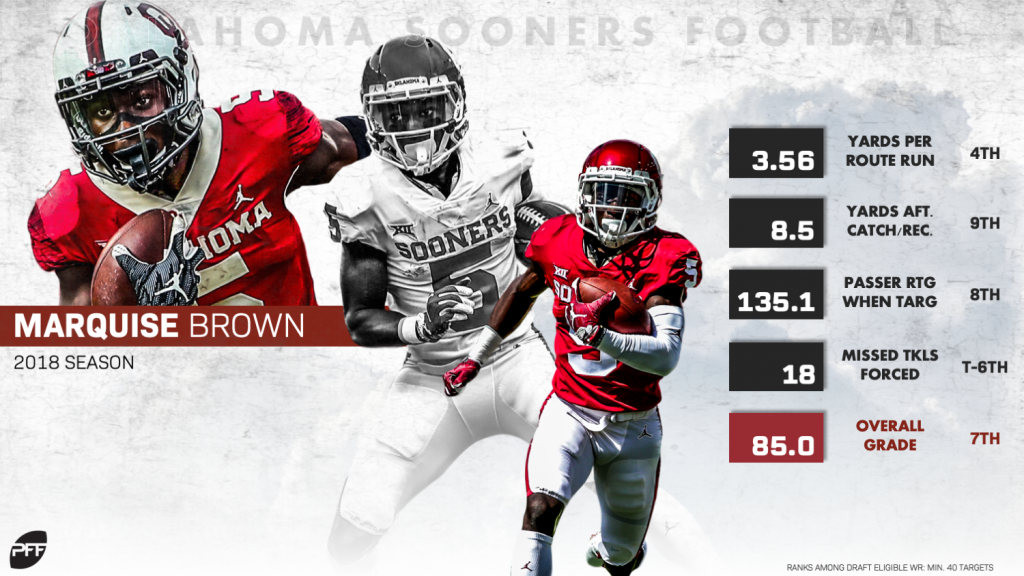 Butler's size (6-foot-5, 227 pounds) might suggest a possession receiver, but he had more receptions 20-plus yards downfield (19) than anyone in the draft class.

Samuel broke an absurd 21 tackles on only 62 catches this past season and had a fantastic week at the Senior Bowl. 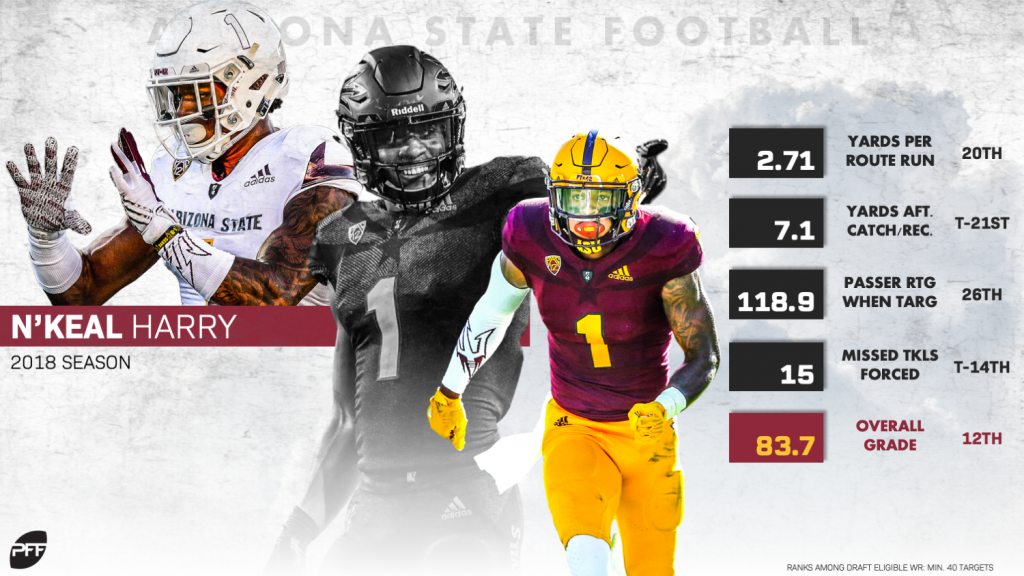 Harry has been one of the toughest receivers to bring down in college football, racking up 38 broken tackles in his three seasons.

McLaurin's production doesn't tell the whole story, as he was one part of a loaded Ohio State receiving corps. He put on a show with his deep speed and route running at the Senior Bowl.

Georgia had an embarrassment of riches at the playmaker positions, which held Ridley to only 60 targets last season. Like his brother Calvin, Riley is an exceptional route runner, but unlike Calvin, he lacks top-end speed.

Johnson suffered from a downgrade in quarterback play this past season and developed a bad drop habit (9), but he's one of the most electric route runners and playmakers in college football. 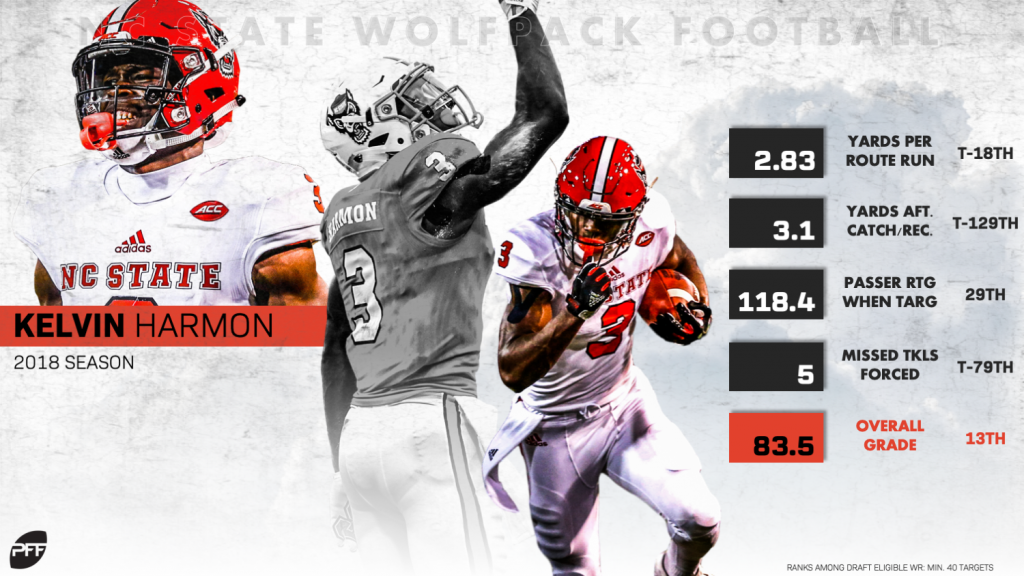 Harmon's production at NC State was off the charts, but there are legitimate concerns as to whether he can separate enough to win in the NFL.

Boykin has some of the best hands in college football with only three drops on 62 catchable passes this past season.

Hall is arguably the draft's most explosive receiver. His ball skills are concerning, though, as he dropped 12 of his 82 catchable targets the past two seasons.

Campbell was electric playing out of the slot position for Ohio State, but he is a pure projection at this point. Only 21 of his 111 targets this past year came 10-plus yards downfield.