We’re still a few months away from draft season ‘officially' being in full swing, but it’s never too early to start looking ahead. With entire college careers of grading at this point for potential draft prospects, we can identify players whose college production hasn’t quite matched their current draft hype.

This is by no means a critical assessment, but rather just one piece of the much larger evaluation puzzle. 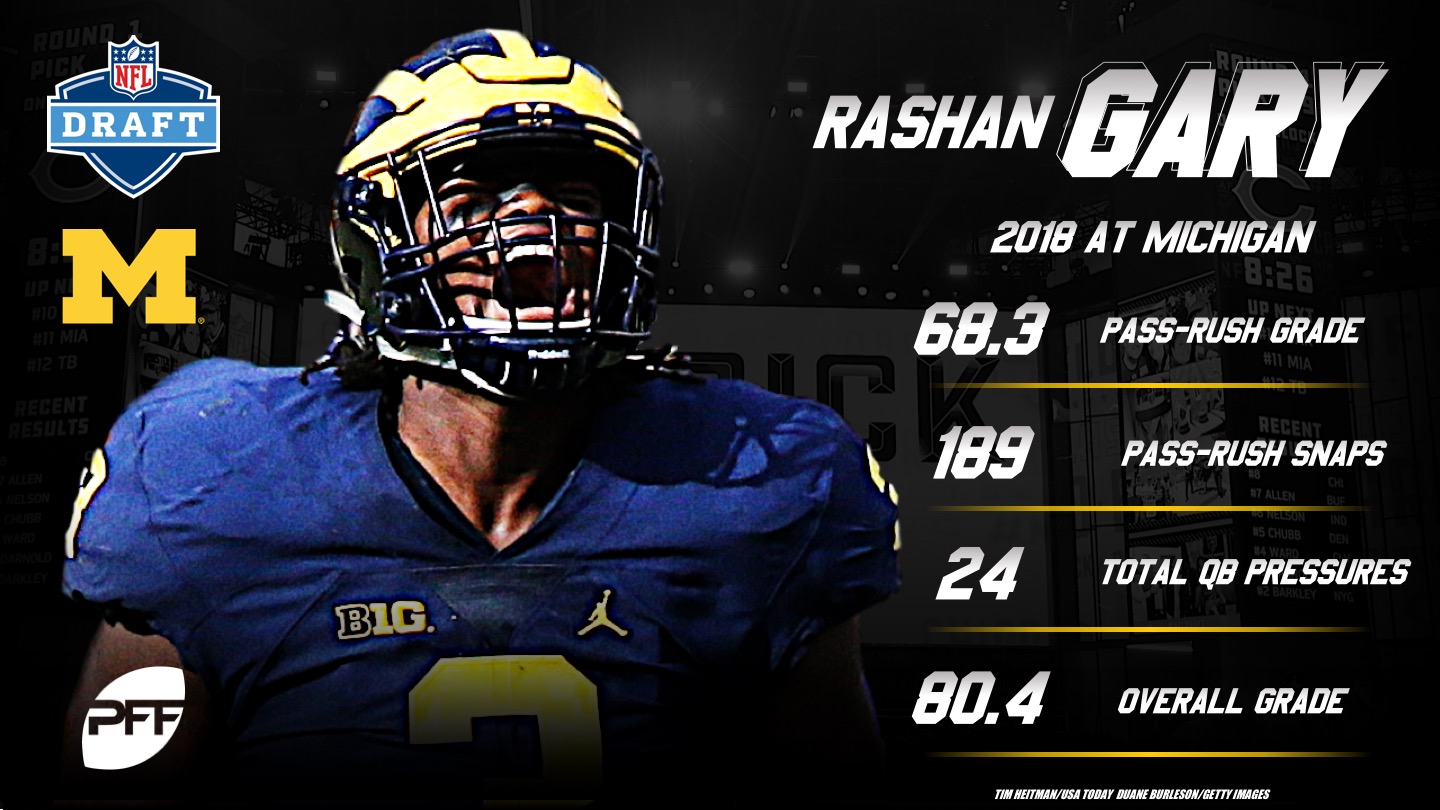 Hailing from Paramus, New Jersey, Gary was the consensus top-ranked player in the 2016 recruiting class. Unlike most players transitioning from high school to college, Gary actually lost weight at Michigan. The 290-pound high school defensive tackle is now listed as a 283-pound defensive end. The problem is his pass-rushing moves still resemble that of a defensive tackle as he’s collected a grand total of 74 pressures over the last two seasons (teammate Chase Winovich has 106 for comparison). The athleticism is evident, but he might have to transition back inside at the NFL level. 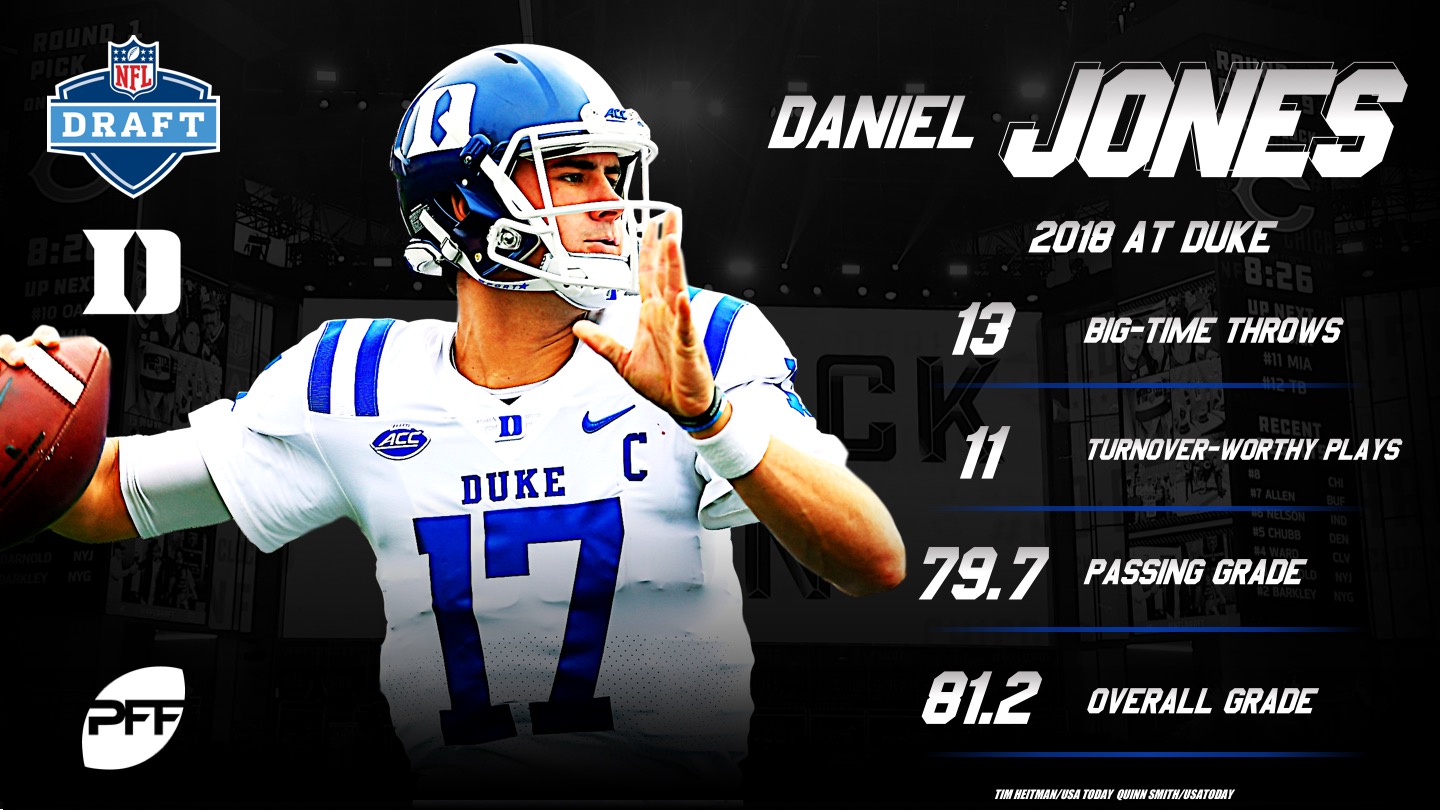 The 2019 draft class is a decidedly weak quarterback class and when that’s the case, an off-the-wall name always seems to get first-round hype at some point in the process. It looks as if Jones will be that guy this year. The Duke quarterback’s 79.7 passing grade this season represents a monstrous jump over his 2017 campaign where he earned a 57.8 passing grade but he simply hasn’t had enough special throws down the field to warrant the hype. Jones’ 13 big-time throws this season rank 71st in the country and he has almost as many turnover-worthy plays (11) as he does big-time throws. 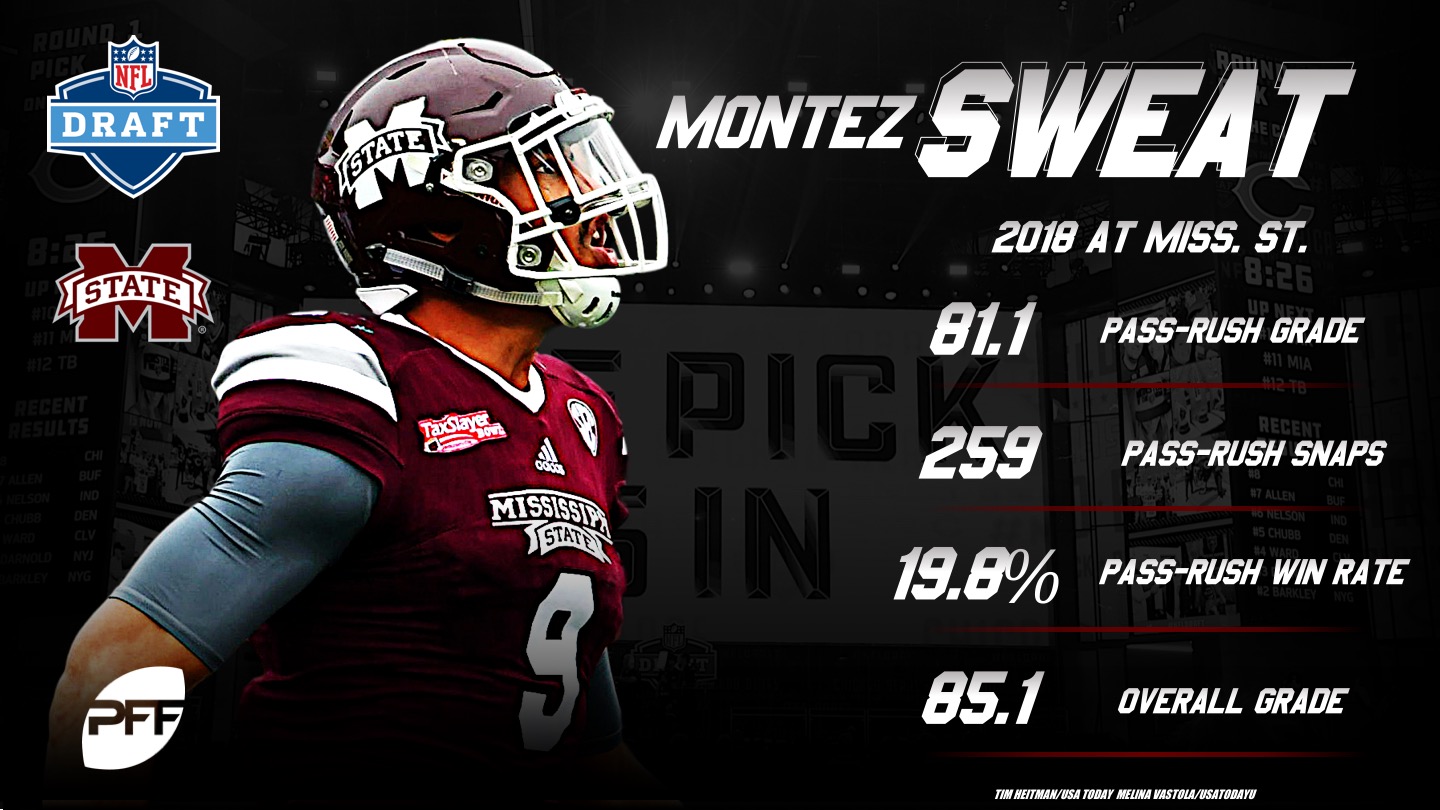 We at PFF have said for years that sack numbers can be misleading. Even the most prolific pass-rushers will still only register sacks on less than five percent of their pass-rushes. That’s why even though we have Sweat down for 23 sacks over the last two seasons, we’re worried about his pass-rushing production. He’s only notched 44 pressures this season which ranks 30th among edge defenders and of those 44 pressures, 17 were either unblocked or deemed clean-up pressures. That translates to only a few true pass-rushing wins per game which sounds far less impressive than his sack totals. 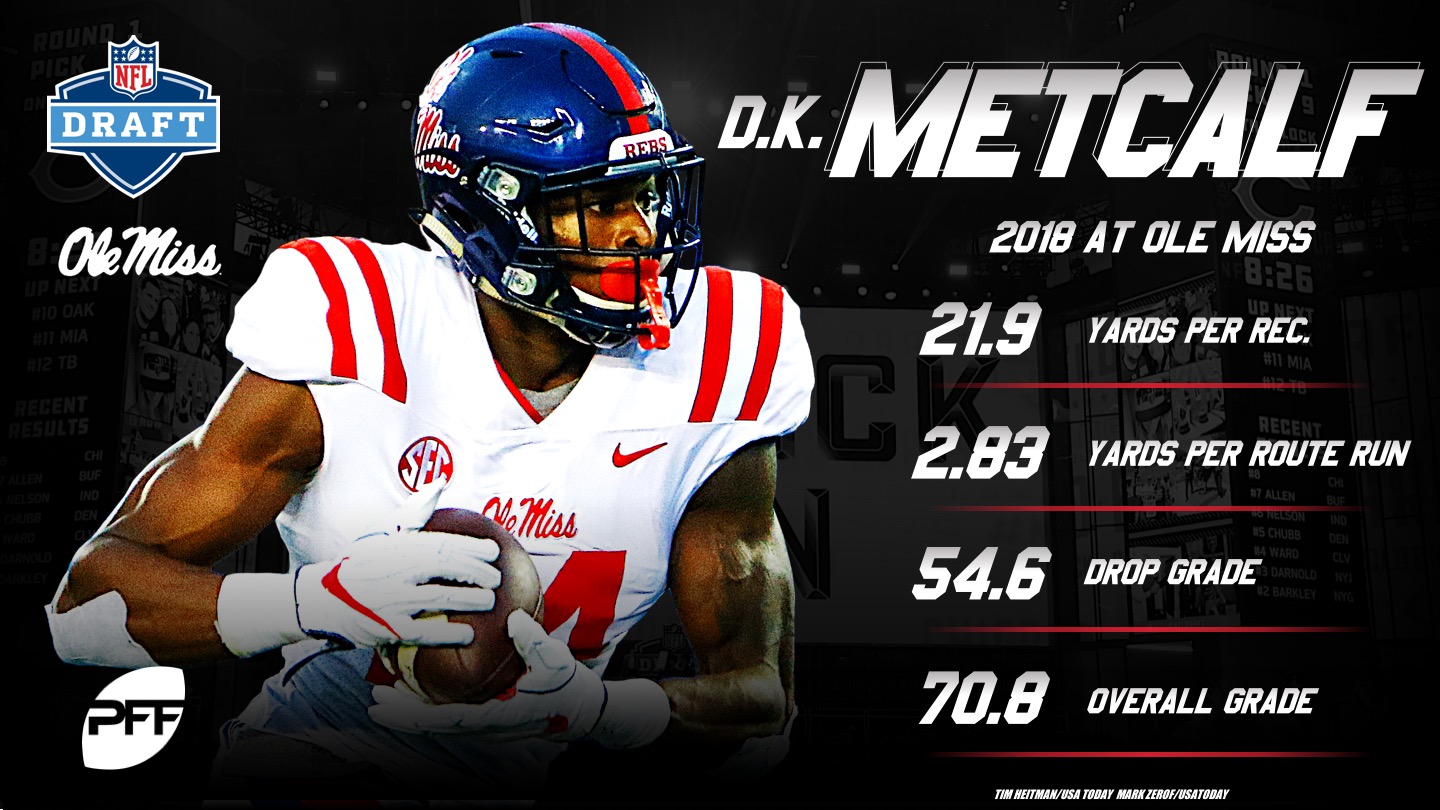 The high-level play for Metcalf is certainly impressive, but he simply wasn’t featured in the Ole Miss offense. Metcalf was employed almost exclusively on vertical routes and it’s a big reason why he averaged 21.9 yards per reception this season. It’s also a big reason why he only saw an average of six targets a game. While he certainly has the tools to be a complete receiver at the NFL level, we simply haven’t seen him be one yet. 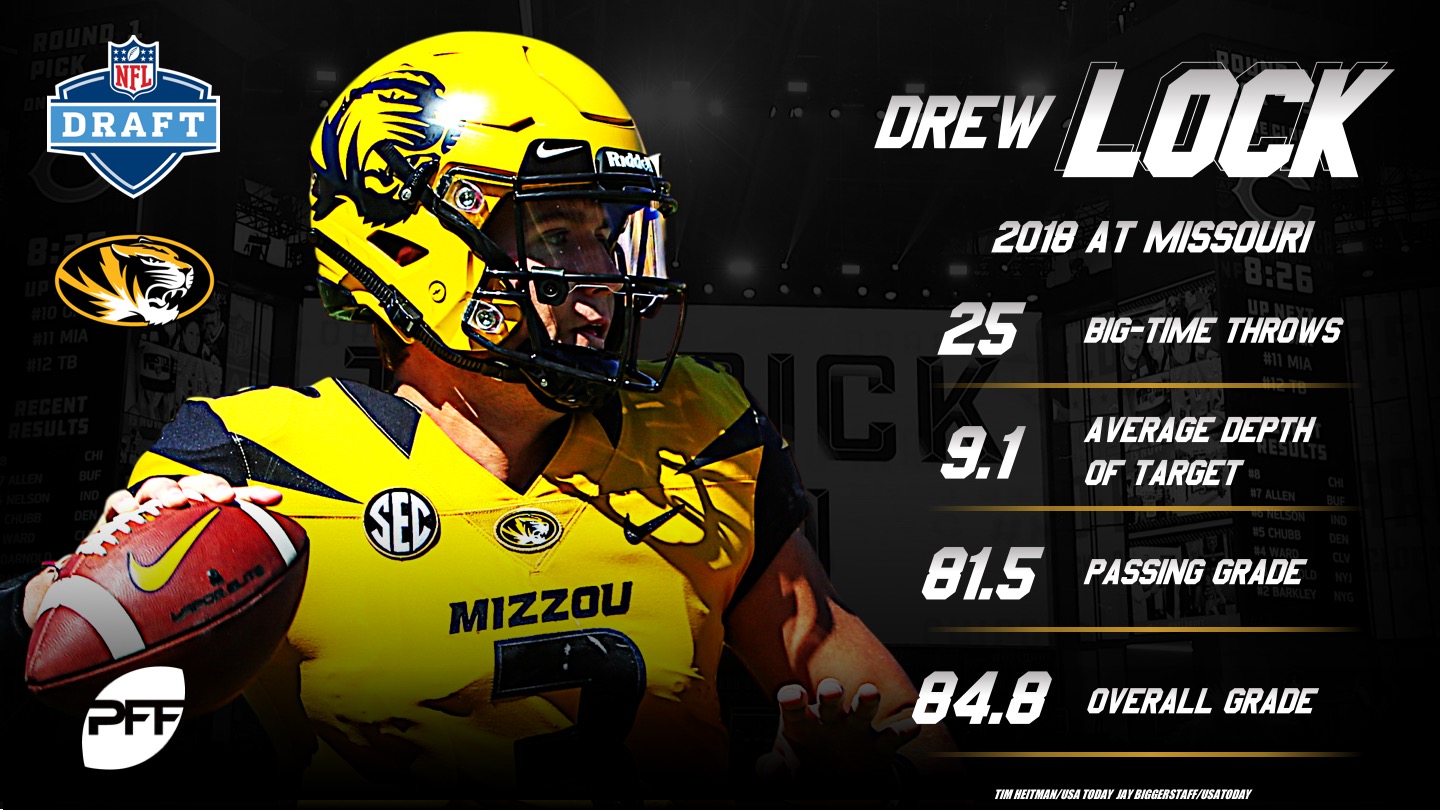 Lock’s strengths and weaknesses are incredibly well defined. He has a cannon for an arm that can make any throw asked of it. His 28 big-time throws are fifth-most in college football this season. At the same time, he plays in a very simplistic offense where he still regularly misses lay-up throws. His 70.0 adjusted completion percentage is 47th among quarterbacks with at least 200 dropbacks this season. That’s a far cry from other top prospects Dwayne Haskins (74.8%), Will Grier (74.3%) and Kyler Murray (77.6%) and it’s a big reason why, despite the impressive throws down the field, he only has an 84.8 overall grade. That sort of inaccuracy will only get exacerbated at the NFL level. 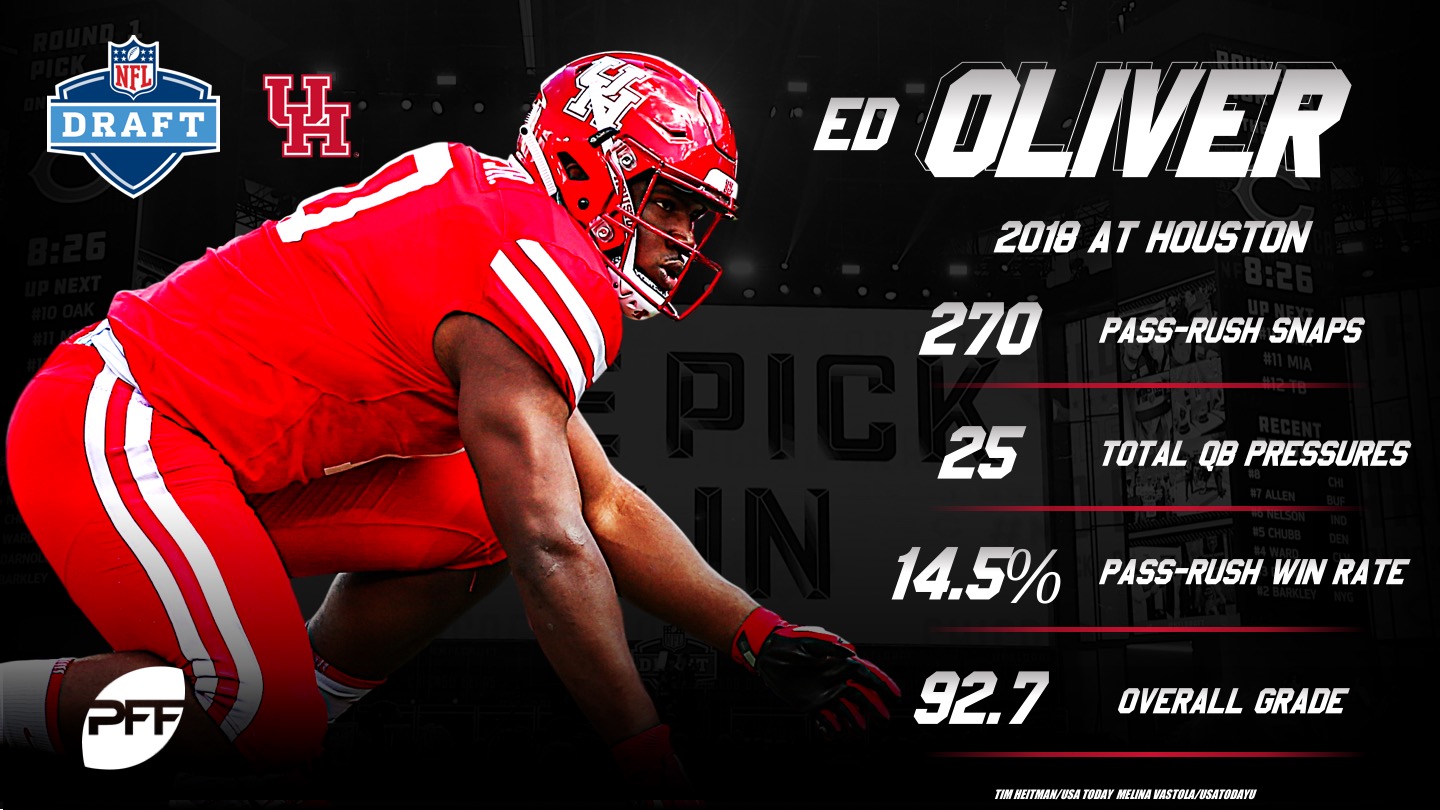 Unlike others on this list, Oliver’s grading is still excellent. His 92.7 overall grade ranked third among all defensive tackles in the country, but it’s how that grade is comprised that’s concerning. Oliver has been one of the top run defenders in the country since the day he stepped on campus at Houston, but his pass-rushing prowess has never quite caught up. The projected top-10 pick has all of 25 pressures on the season. And that’s coming against a mostly favorable slate of AAC offensive linemen. Dre’Mont Jones (52), Jerry Tillery (50) and Quinnen Williams (48) have all vastly outpaced Oliver in the pressure department.