2022 NFL Draft: How important is scheme fit for defensive players?

This is the third article in our mini-series that looks at how usage carries over from college to pro and how familiarity in usage helps fuel success for young NFL players.

We have already found that usage does not carry over very strongly for offensive linemen and receivers and that the magnitude to which it does is not necessarily a predictor of NFL success.

This article studies pass-rushers as they transition from college to the pro level.

To get an understanding of what we want to look at, here are pre-snap techniques for players lined up at edge defender in both college and the NFL.

Here is the same for players who lined up as an interior defender.

The following chart shows the percentages at which an edge defender lines up at these techniques and how this carries over from college to pro. The numbers next to the headers are the correlation coefficients. 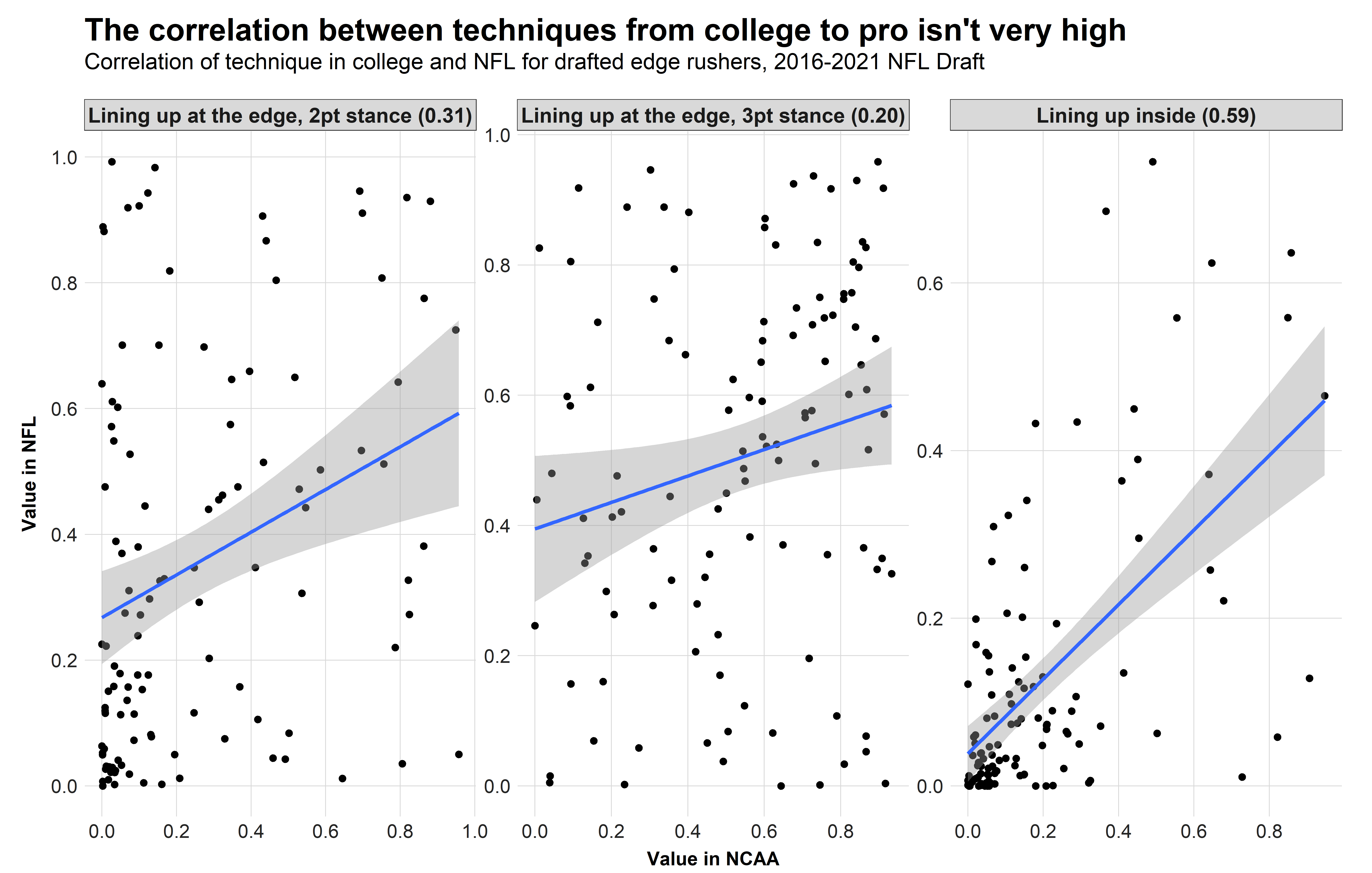 We find positive correlations between college and pro usage, but the correlations are not particularly strong for usage indicators.

We look at the different techniques for interior defenders, as well as the percentage of lining up at the edge. The findings are similar, as there are positive correlations, but just like for edge rushers, they are much smaller than the year-to-year correlations of these usage indicators in the NFL.

For example, the rate at which an interior defender lines up as a 0- or 1-technique in the NFL correlates from year to year with a correlation coefficient of 0.72. 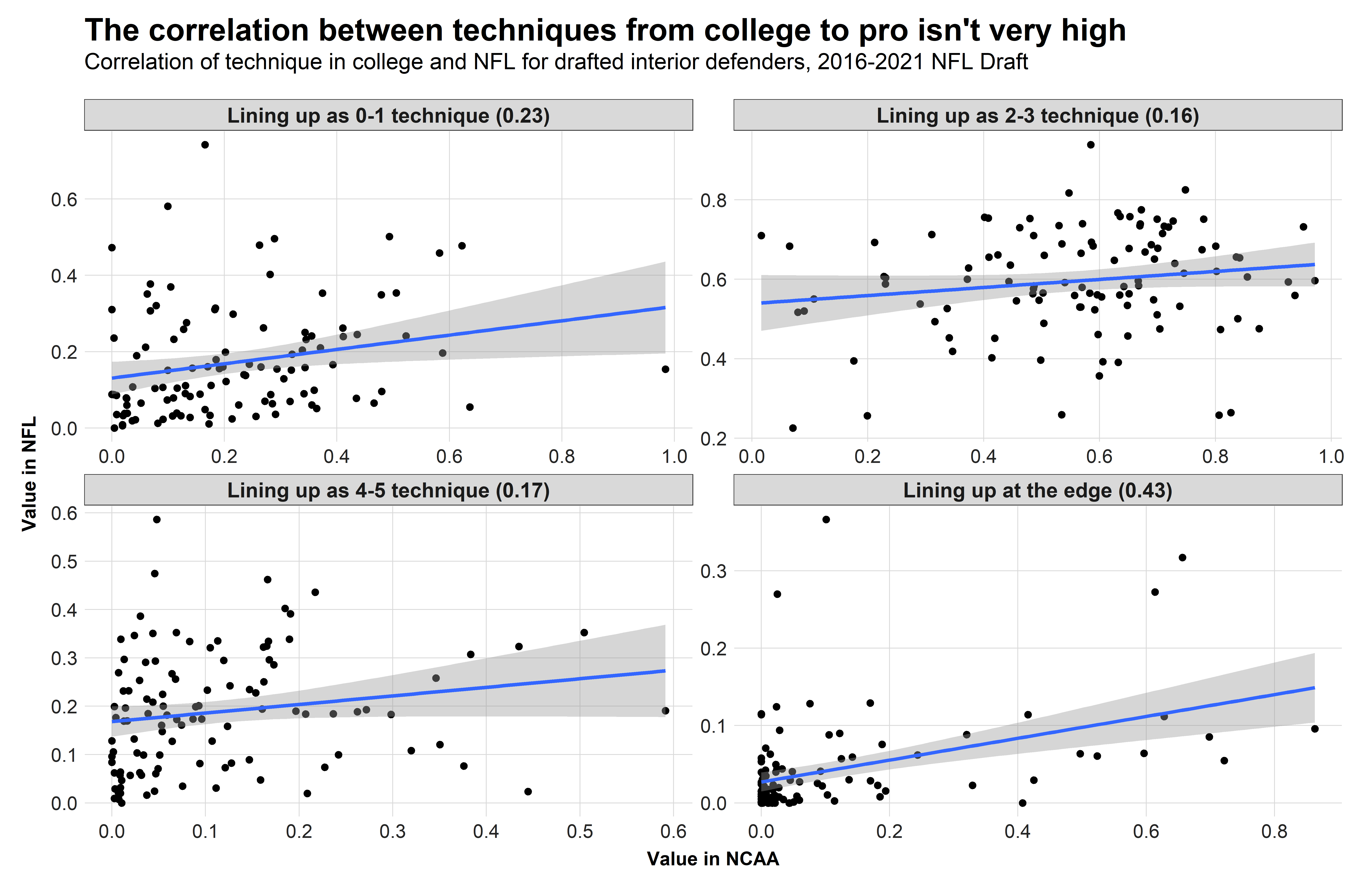 Comparison of aggressiveness of the defense