We are back with another positional writeup of draft prospects, this time focusing on the offensive line. We previously dove into the quarterbacks, running backs, wide receivers and tight ends.

Let’s start by looking at the most successful NFL offensive linemen's text comparisons so that we can then see what that means for prospects in the 2022 class. 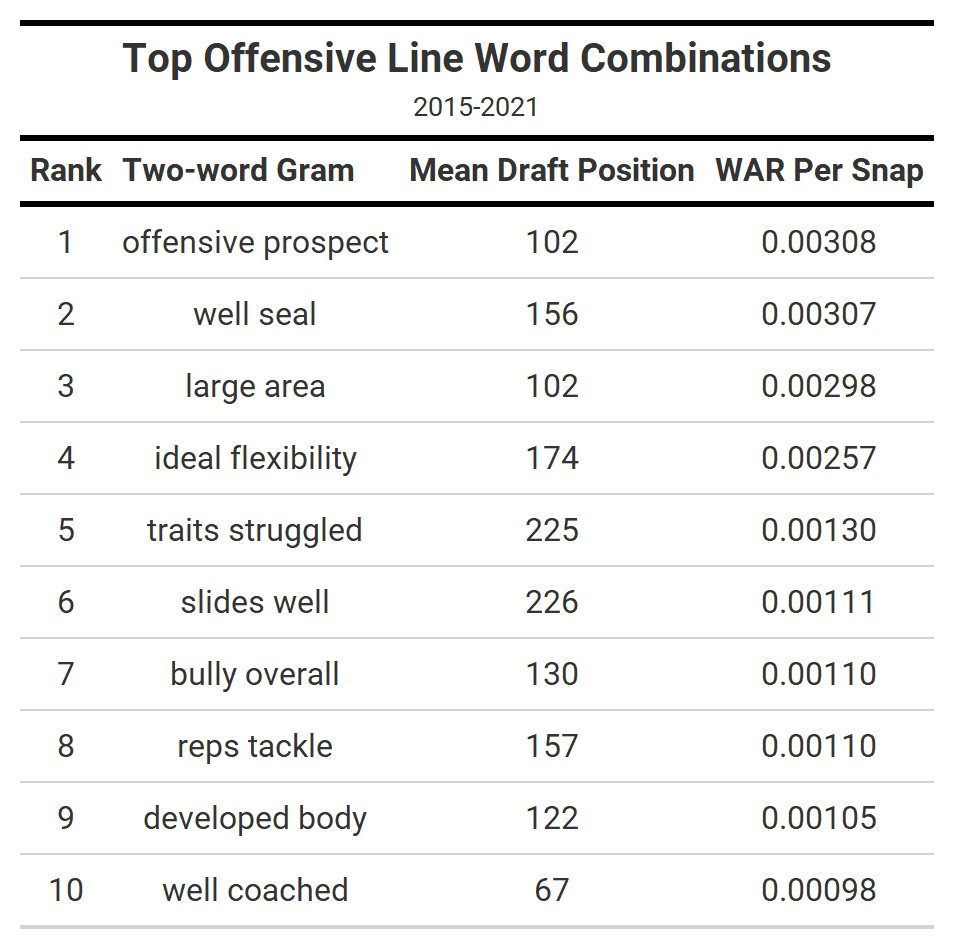 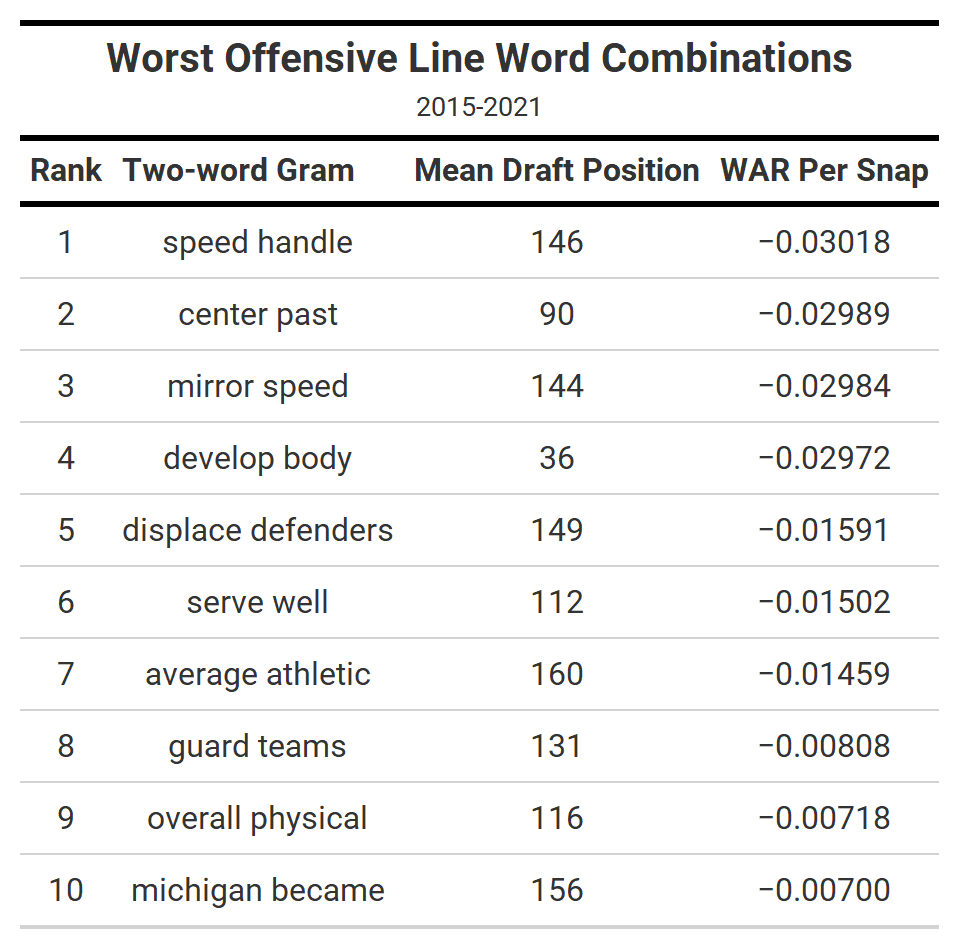 Few players have seen their stock rise after the college football season like Penning, as his current 16.5 draft position line points toward him landing in the top half of the first round even though he barely squeezed into the first round of mock drafts in December. The reasons are obvious, as Penning offers a unique blend of size and athleticism that is coveted at the offensive tackle position. His closest comparison in this exercise is Andre Dillard with a 46 similarity score. Other hits in his top-10 comparisons include Jonah Williams, Mekhi Becton and Taylor Decker.

Parham is the third-ranked guard on PFF’s latest big board, but Brugler thinks he projects best as a center. He is extremely quick off the ball and projects as a better run blocker than pass protector at the NFL level. His closest comparison is Quenton Nelson, who lived up to his high draft position and looks like the prototypical interior offensive lineman at the NFL level. Parham scores over a 50 similarity score to Nelson and has no other players close to that in his comparison list. As a Round 2 or 3 selection, Parham looks like an immediate contributor at the NFL level.

West is the second-highest ranked center on PFF’s big board but has been vastly overshadowed by Tyler Linderbaum during the draft process. That looks like a mistake based on this study, as West checks in as one of the best prospects according to the text analytics. His three closest comparisons (Nick Gates, Graham Glasgow and Ben Powers) all have a similarity score above 40 and have had immediate success at the NFL level. West also has Shaq Mason, Frank Ragnow and Joe Thuney in his top 10, and only two players among his top 10 produced a negative WAR in their NFL career. West may not receive the same buzz as Linderbaum, but he could be an absolute steal in the third or fourth round of the NFL draft.