We are back with another positional writeup of draft prospects, this time focusing on the wide receiver position. We previously delved into the quarterbacks and (old) running backs.

Let’s start by looking at the most successful NFL wide receivers' text comparisons so that we can then see what that means for prospects in the 2022 class. 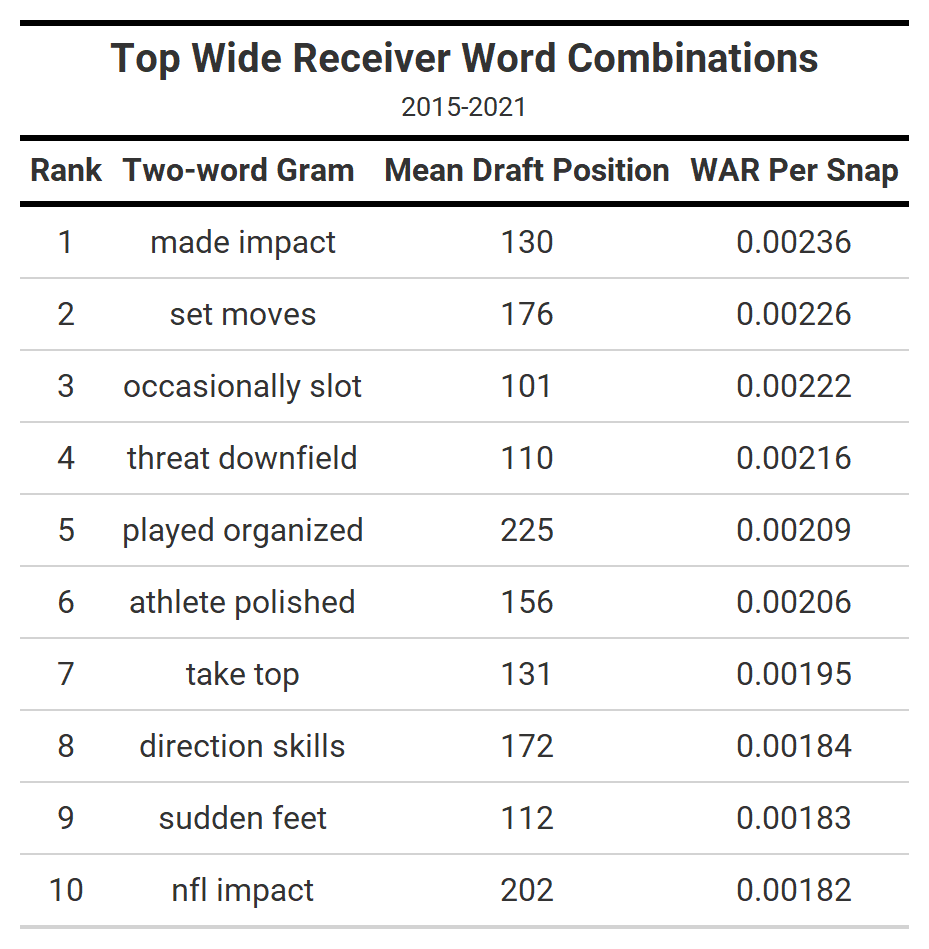 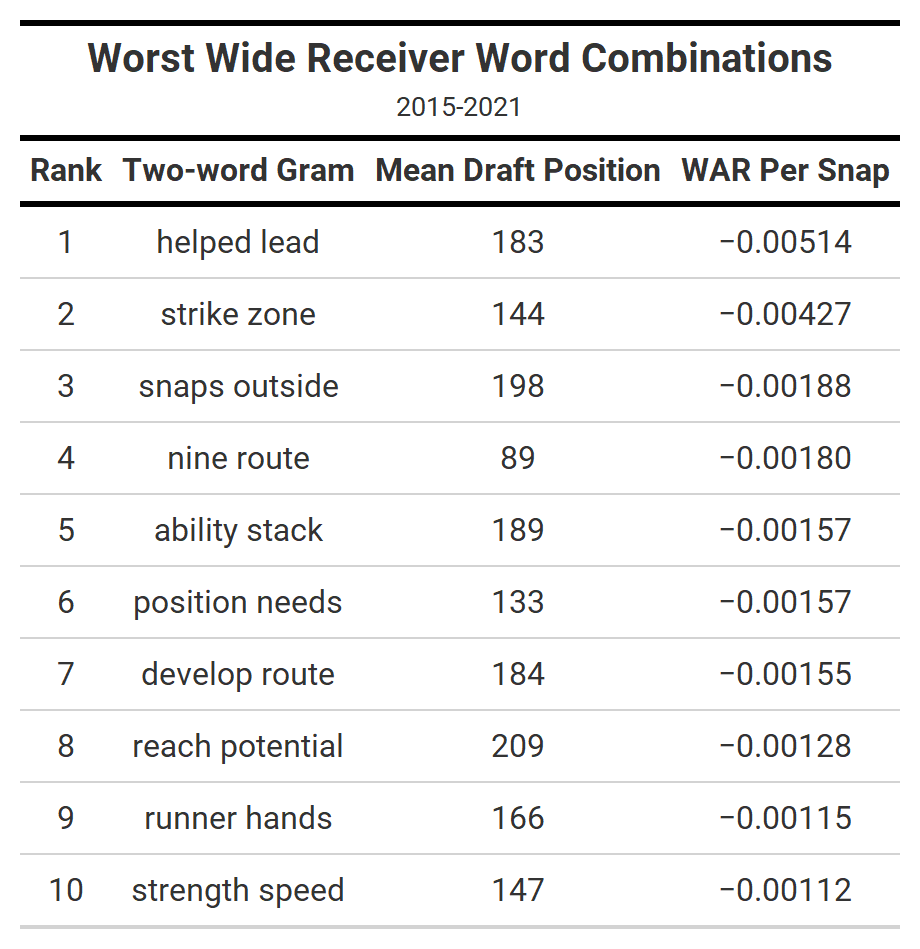 Moore has one player who is over a similarity score of 50 — Vikings receiver Justin Jefferson, a player who many wondered, like Moore,  whether he was “just a slot receiver.”  Other notable similar receivers are Anthony Miller, Donovan Peoples-Jones and Marcell Ateman.

Burks’ closest comparison, with a similarity score over 60, was Brandon Aiyuk, who was selected close to where Burks’ draft slot prop is currently on DraftKings Sportsbook(23.5).  Other close comparisons are Laviska Shenault, Michael Pittman Jr. and Austin Carr.