We are back with another positional writeup of draft prospects, this time focusing on the tight end position. We previously delved into the quarterbacks, running backs and wide receivers.

Let’s start by looking at the most successful NFL tight ends' text comparisons so that we can then see what that means for prospects in the 2022 class. 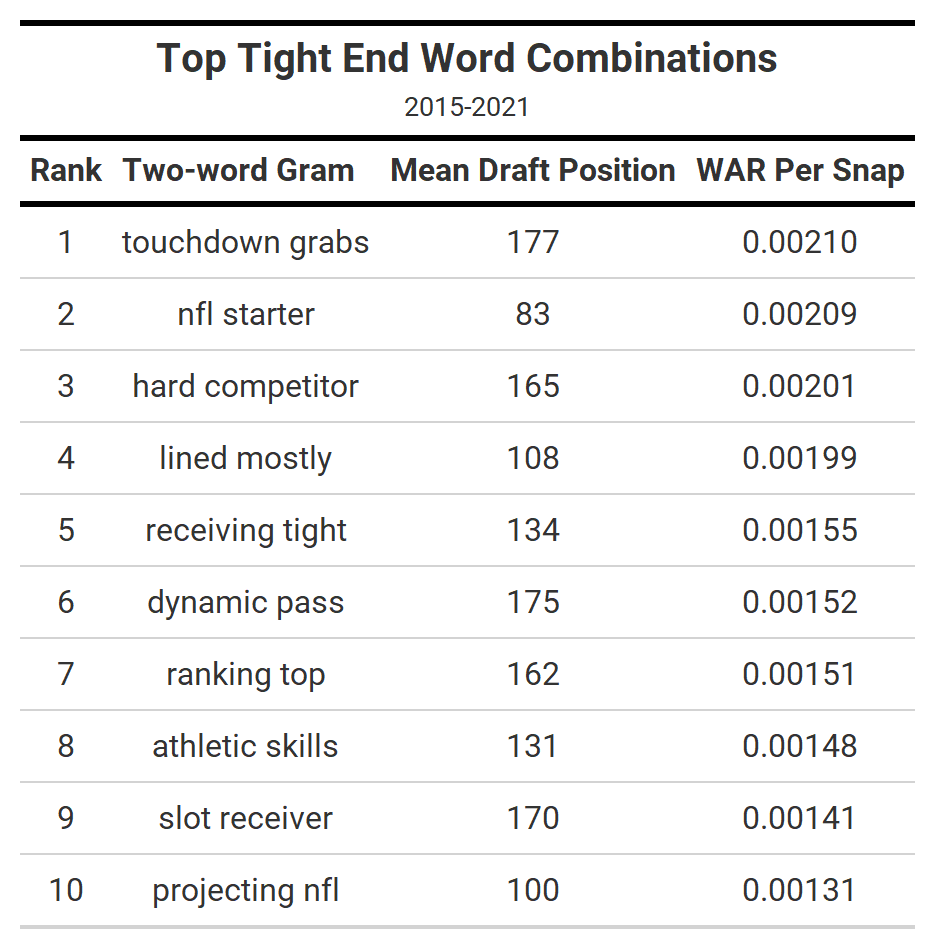 McBride is the only tight end who will likely to get selected in the first two rounds of the draft. He has a 57 similarity score to former first-round pick T.J. Hockenson, who looks the part as a top-five tight end through his three-year career. Two more intriguing comparisons in his top-10 are Hunter Henry and Dallas Goedert. Brugler compares him closely to Hayden Hurst, who is the 22nd closest in this study with a 14.4 similarity score. In his own right, Hurst was a first-round selection, meaning mock drafters and other analysts could be lower on McBride than his current status in league circles.

Dulcich projects as a “big slot” option according to Brugler, and our model likes slot terminology at the tight end position. Dulcich’s closest comparison is Cole Kmet with a 53 similarity score. The most intriguing comparison is that Mark Andrews ranks third while both Noah Fant and Dawson Knox round out his top 10. The negative comparisons are Stephen Anderson, Kaden Smith and Zach Gentry.