We are back with another positional writeup of draft prospects, this time focusing on the cornerback. We previously dove into the quarterbacks, running backs, wide receivers, tight ends, offensive linemen and interior defensive linemen, edge defenders and linebackers.

For this analysis, we took prospect write-ups from The Athletic's Dane Brugler, one of the best football film analysts out there, over the past eight seasons (including 2022) and used latent semantic analysis (LSA) to derive similarity scores between the text in prospects’ scouting reports.

Using the analyses above, we can look at 2022 prospects in a couple of ways. First, we can examine player comparisons for notable prospects. Second, we can rank the players in each position group by the score derived above. These scores have correlated well with draft position and future WAR generated at the NFL level, although a more robust analysis using additional seasons and data sources is beyond the scope of this article.

Let’s start by looking at the most successful NFL cornerbacks' text comparisons so that we can then see what it means for prospects in the 2022 class. 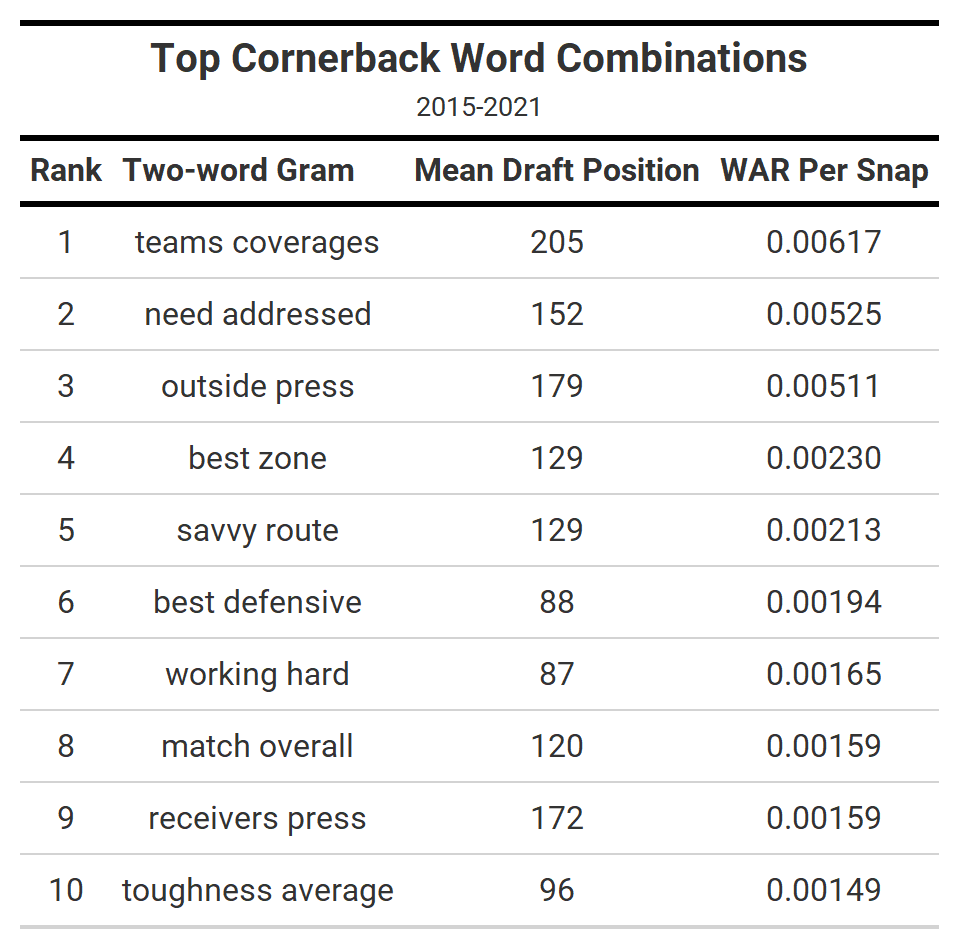 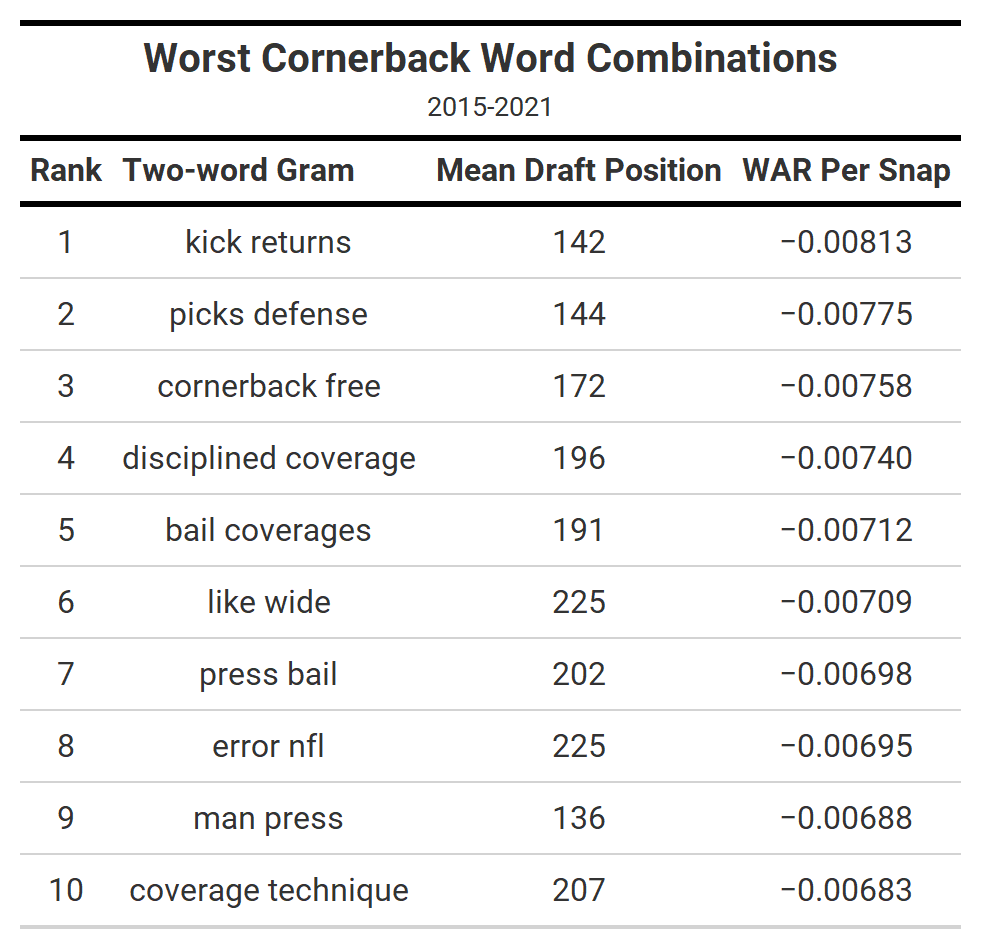 The clear winner from the NFL combine, Barnes’ amended 4.23-second 40-yard dash was the fastest in Indianapolis. Barnes isn’t listed as an option on DraftKings to be one of the three cornerbacks off the board, and PFF’s big board ranks him 139th, so he should hear his name called sometime on Saturday, which is too late based on this text analytics performance.

Brugler notes that “Barnes is speed-reliant and needs to improve his technique and feel down the field.” If his technique improves, Barnes has the intangibles to be a lockdown corner, but his speed alone holds value at the NFL level. None of Barnes' top-10 comparisons produced negative WAR, as A.J. Terrell was an obvious hit as his eighth closest. His speed offers enticing upside but also a reasonable floor for a projected fifth-round pick.