University Park, Pennsylvania, USA; Michigan Wolverines defensive back Daxton Hill (30) during a warm up prior to the game against the Penn State Nittany Lions at Beaver Stadium. Mandatory Credit: Matthew OHaren-USA TODAY Sports

In the run-up to the 2022 NFL Draft, we'll be predicting the draft order for every non-quarterback or specialist position based on their athleticism numbers and final-season college production. We've already done so for edge defenders, wide receivers, cornerbacks and tight ends.

While the target variable of our modeling was pick number, we will only be reporting the rank relative to the player’s draft class — safeties, in this case. This is because there are too many externalities for why a player is selected when they are, such as the relative strength of the draft class, individual team needs and team measurable thresholds, for the prediction to be well-calibrated. However, by looking at a player’s rank, we can get a better idea of how they stack up relative to their peers.

Athletic testing numbers come from the NFL Scouting Combine, and when possible, missing data was filled in with pro day measurements. If a player did not participate in more than three drills across the combine and their pro day, they were excluded from the dataset. This does not particularly affect the safety class.

The model appears to prefer straight-line speed over quickness in safety prospects, although it does not totally discount agility. The largest differentiator between safety prospects in terms of athleticism appears to be performance in the 40-yard dash, with agility drills such as the three-cone and short shuttle appearing to be the next most important. Interestingly, the model also seems to prefer lighter players. This would imply that the model is selecting more deep/coverage safeties to be drafted earlier than those with more linebacker body types. 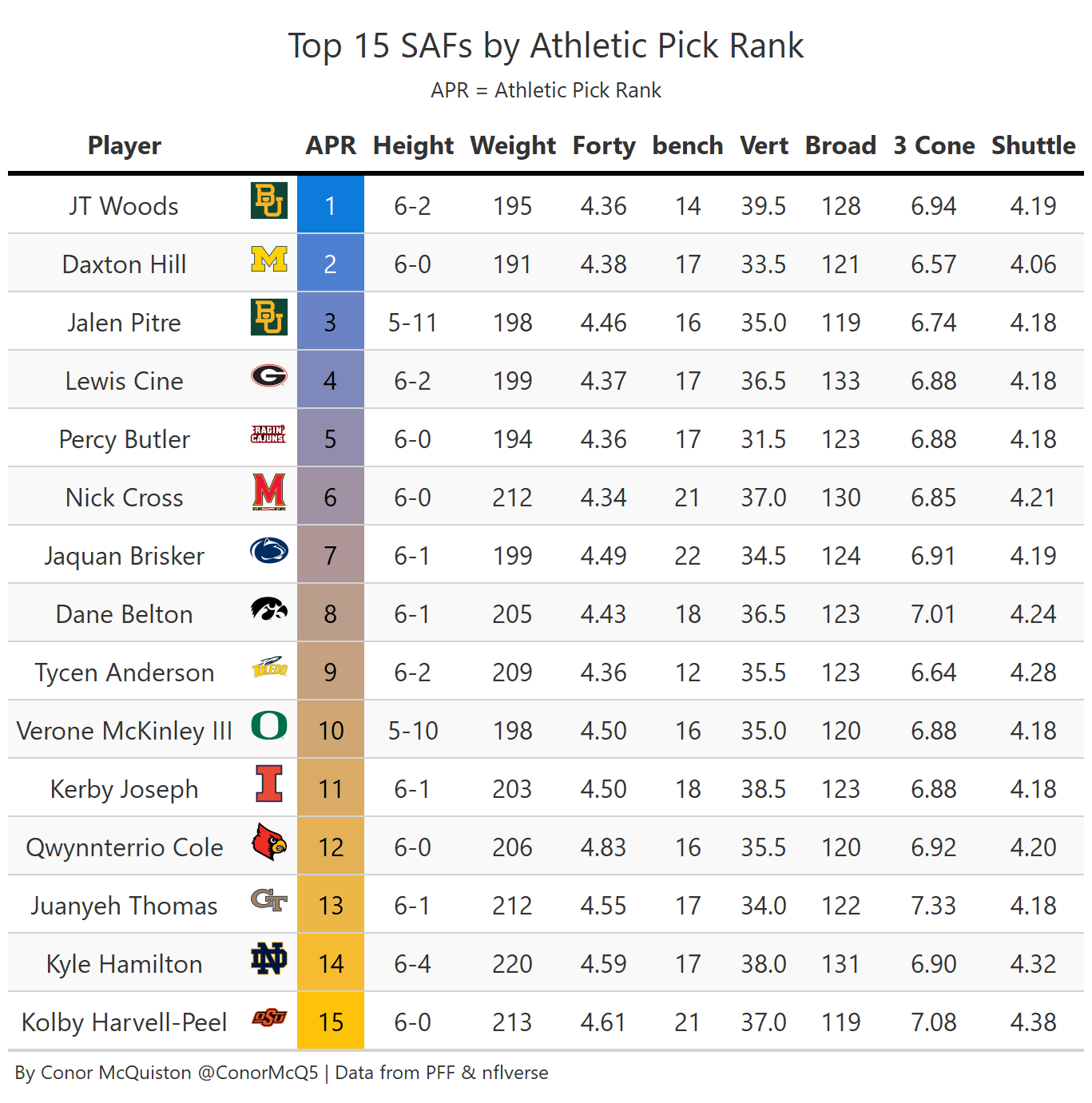 We additionally modeled draft position based strictly on production metrics charted by PFF, also in a random forest model to handle nonlinearities. The inputs included rate metrics, such as target rate and pass breakup rate, as well as volume metrics such as coverage snaps and run stops. We also added an indicator for whether the player was in a Power Five conference since strength of competition is meaningful for NFL evaluators.