In the run-up to the 2022 NFL Draft, we'll be predicting the draft order for every non-quarterback or specialist position based on their athleticism numbers and final-season college production. We've already done so for edge defenders and wide receivers.

Note that while the target variable of our modeling was pick number, we will only be reporting the rank relative to the cornerback's draft class. This is because there are too many externalities for why a player is selected when they are, such as the relative strength of the draft class, individual team needs and team measurable thresholds, for the prediction to be well-calibrated. However, by looking at a player’s rank, we can get a better idea of how they stack up relative to their peers.

Athletic testing numbers come from the NFL Scouting Combine, and when possible, missing data was filled in with pro day measurements. If a player did not participate in more than three drills across the combine and their pro day, they were excluded from the dataset. For the 2021 cornerback class, that excludes Ahmad Gardner and Andrew Booth Jr., among others.

The players predicted to be picked early by the model skew heavily toward big and fast cornerbacks. While the model does not use arm length as an input, it appears to use height and weight as a substitution to find bigger, longer cornerbacks. As we saw with wide receivers, the model does favor faster, more explosive players to be picked earlier. This isn’t surprising, as there are only so many players in a draft class who can run a 4.3-second 40-yard dash, and it is much easier for a team to convince itself that it can teach up technique well for an exceptionally gifted athlete. 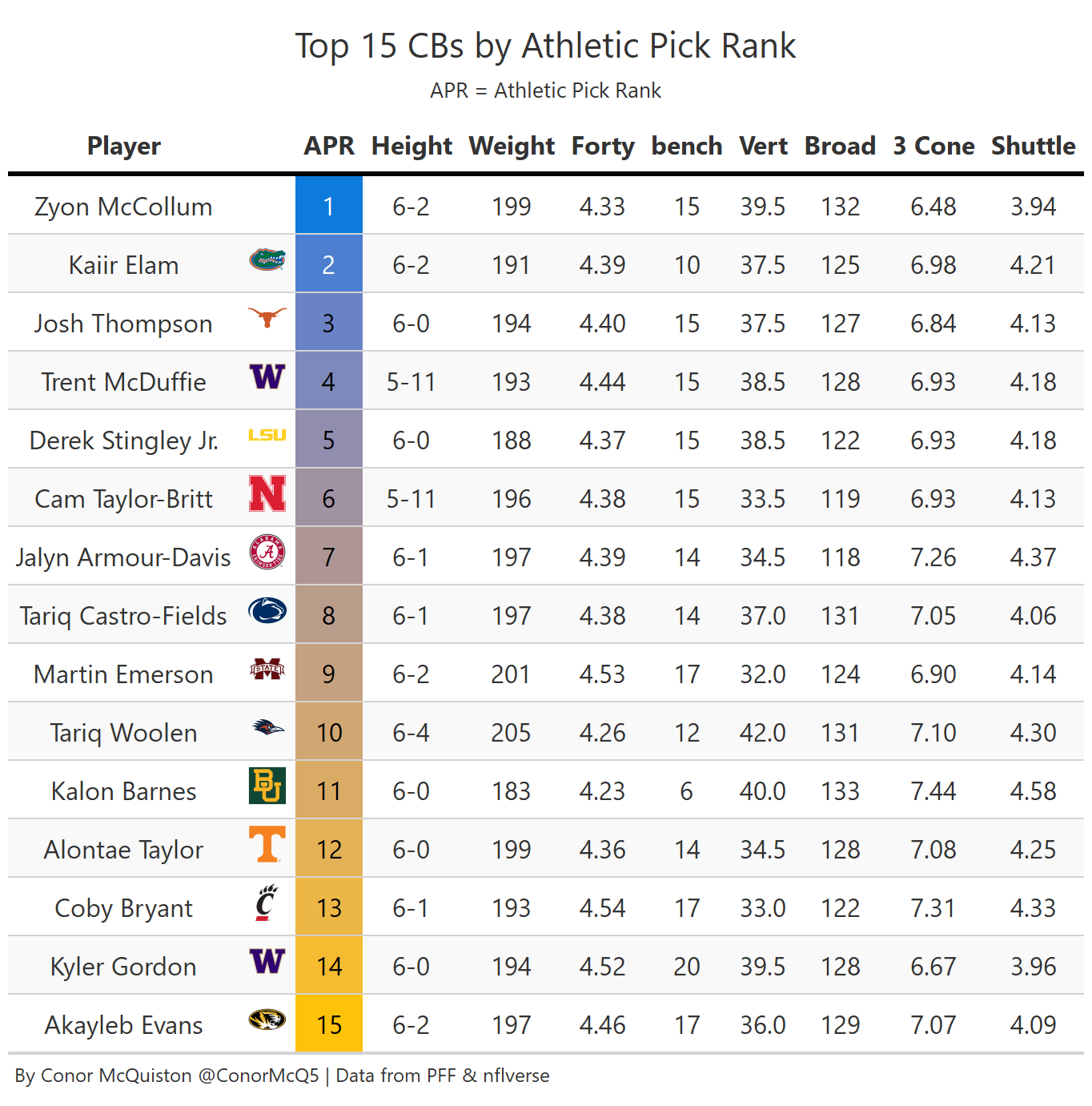 We additionally modeled draft position based strictly on production metrics charted by PFF, also in a random forest model to handle nonlinearities. The inputs included rate metrics, such as target rate and pass breakup percentage, as well as volume metrics, such as coverage snaps and run stops. We also added an indicator for whether the player was in a Power Five conference since strength of competition is meaningful for NFL evaluators.