Wan’Dale Robinson’s draft stock took a hit after the combine, though that might be an overreaction.

Draft pundits were at least as concerned about his size as his drill times, as he weighed in at only 178 pounds and his 27 5/8-inch arms were the shortest of over a thousand wide receivers in our measurement database.

The Kentucky product's expected mock draft position still hints at him being a Day 2 pick, but it's looking more likely that he falls to later in the round. 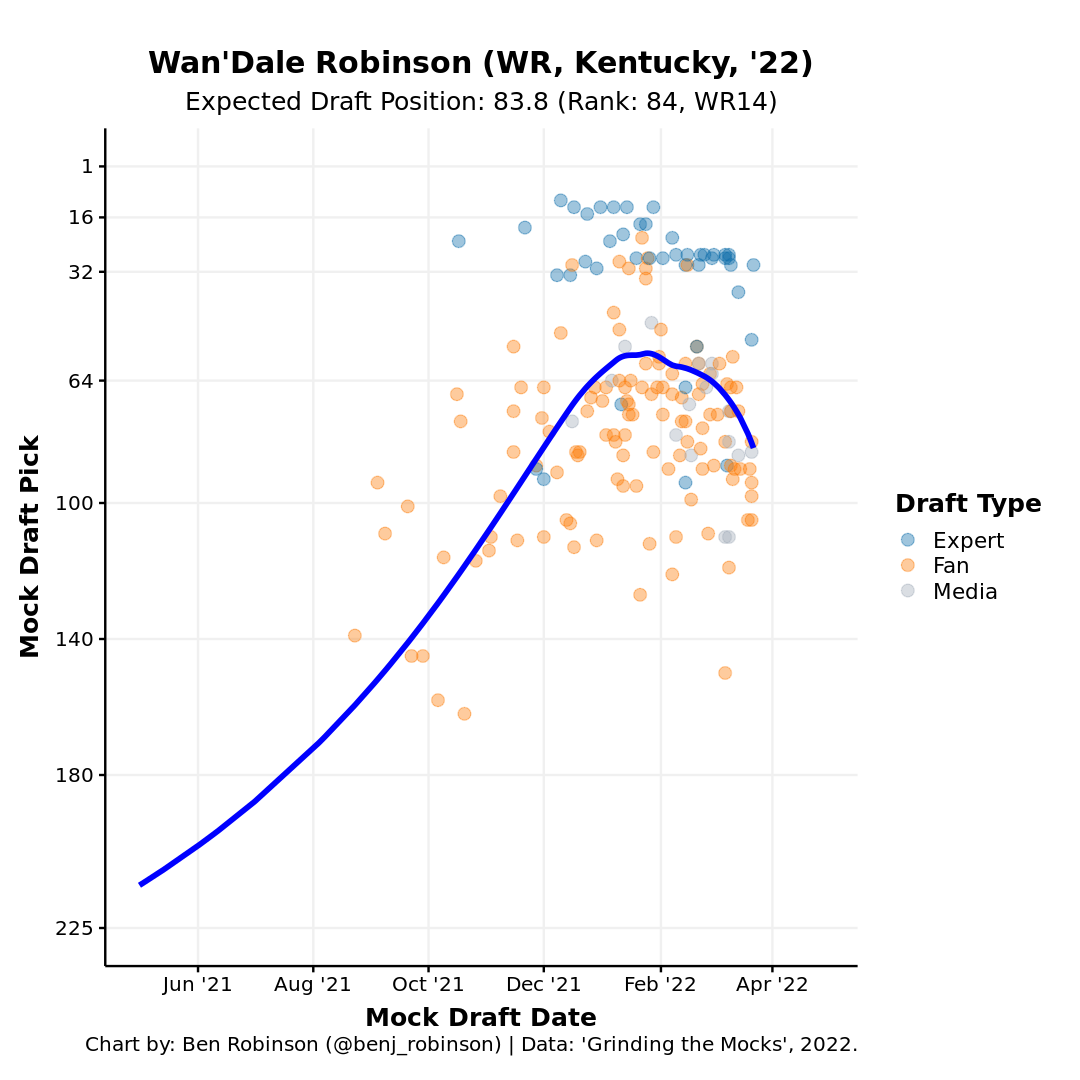 Robinson has production on his side, however. He owned nearly a 35% career team market share of receiving yards and over 45% in his best season. He also averaged a solid 3.6 yards per route run in 2021. 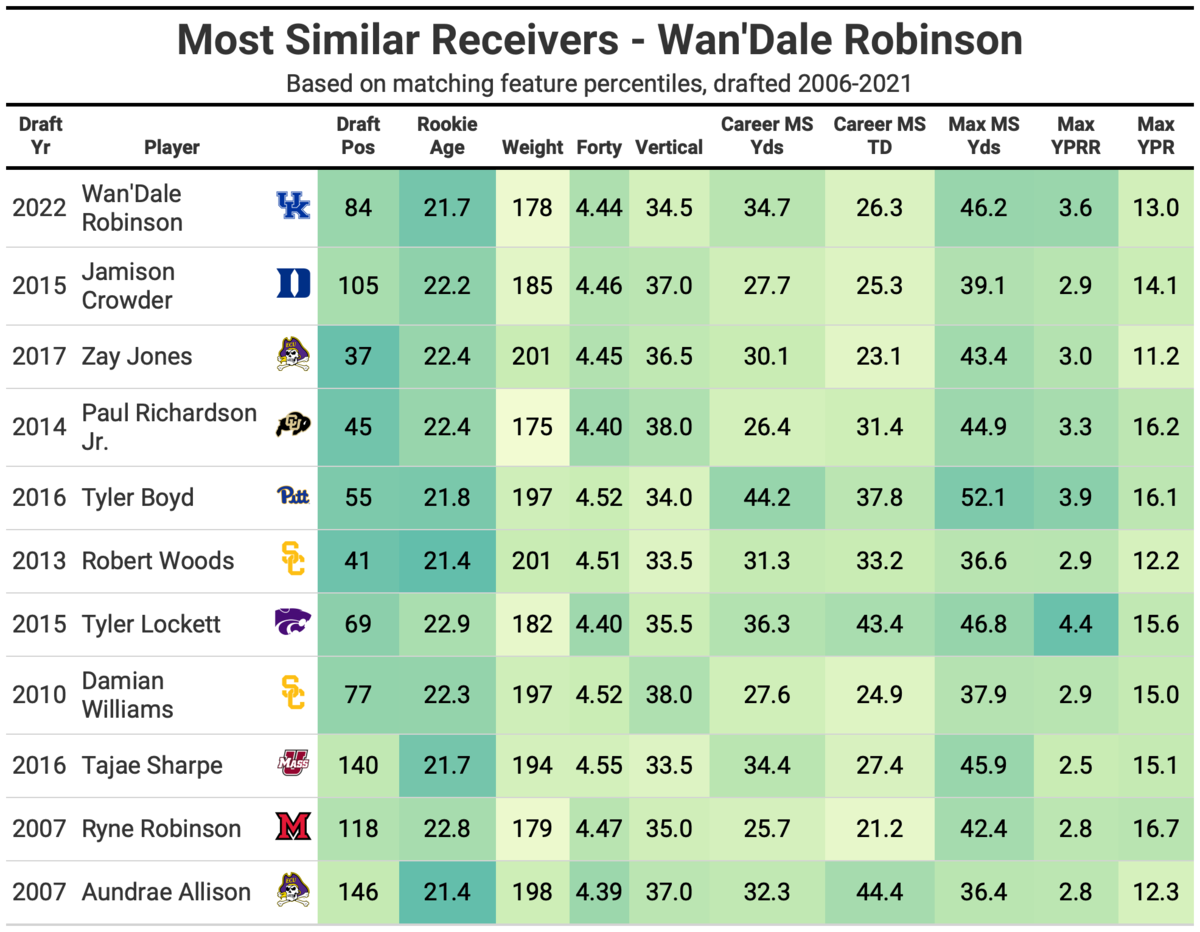 While Robinson is a little smaller, Jamison Crowder is an appropriate top comp. Both players aren’t particularly fast, and both are slot-heavy players. They both combine that with strong production.

The other NFL hits are Tyler Boyd and Tyler Lockett, the latter of whom plays a more downfield game, and the former was drafted much earlier than Robinson’s current expectation.