Drake London teased the workout-watchers by hinting he’d run the various drills on his pro day, but he ultimately decided to pass. However, he did run different catching drills. Skipping the athletic measurables hasn’t hurt his draft stock through the process unless mock draft analysts don’t have a grasp on the real sentiments of NFL front offices. 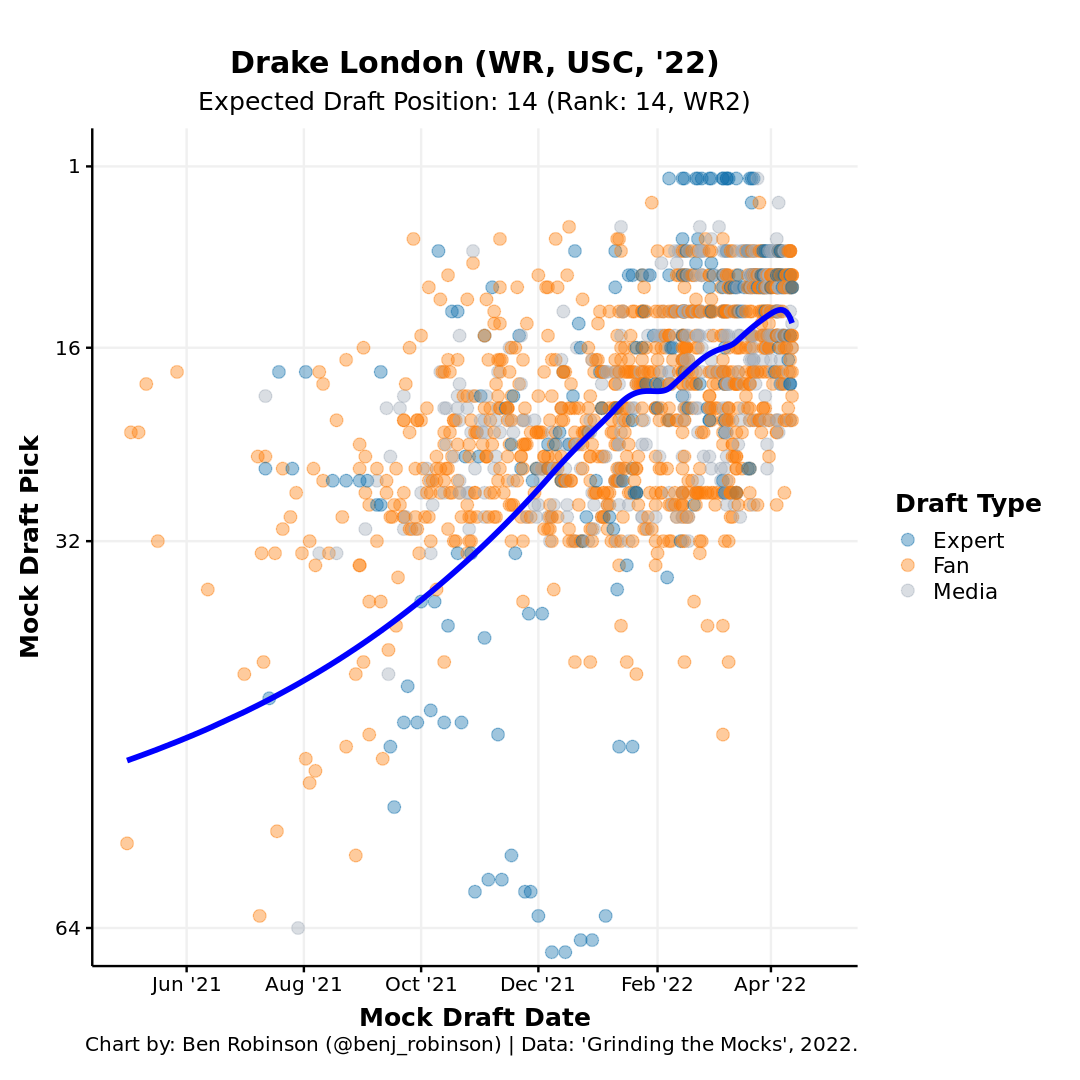 For the purpose of this matching exercise, I estimated London's 40-yard dash and vertical jump numbers at 4.6 seconds and 36 inches, respectively. Maybe he can run a faster time, but his decision to pass on running, despite being well enough to perform receiving drills, indicates his time would likely have been on the slower side of expectations.