2022 NFL Draft Player Comparisons: Alec Pierce profiles as a deep threat who may be overvalued by NFL teams

Cincinnati Bearcats wide receiver Alec Pierce (12) completes a catch but is pushed out of bounds by UCF Knights defensive back Tay Gowan (23) in the XX quarter of a college football game, Friday, Oct. 4, 2019, at Nippert Stadium in Cincinnati. Ucf Knights At Cincinnati Bearcats College Football Oct 4

The comparisons below were derived from a two-step process. First, I converted all the most statistically relevant stats and measurables to percentiles based on the thousands of prospects who have entered the NFL since 2006 at each position.

I also included the most important workout metrics for NFL and draft position for wide receivers: weight, 40-yard dash time and vertical jump. I’m taking the best number from either the prospects' NFL scouting combine or pro-day performances. If the 40-yard dash time or vertical jump are missing, I estimate them based on historical modeling with weight and available other workout metrics.

Alec Pierce was one of the NFL combine's biggest winners, running a 4.41-second 40-yard dash and jumping 40.5 inches in the vertical. Looking back at historical data shows us that combine results are overvalued by NFL franchises, but the mere fact that Pierce raised his draft prospects is good for his chance of NFL success. 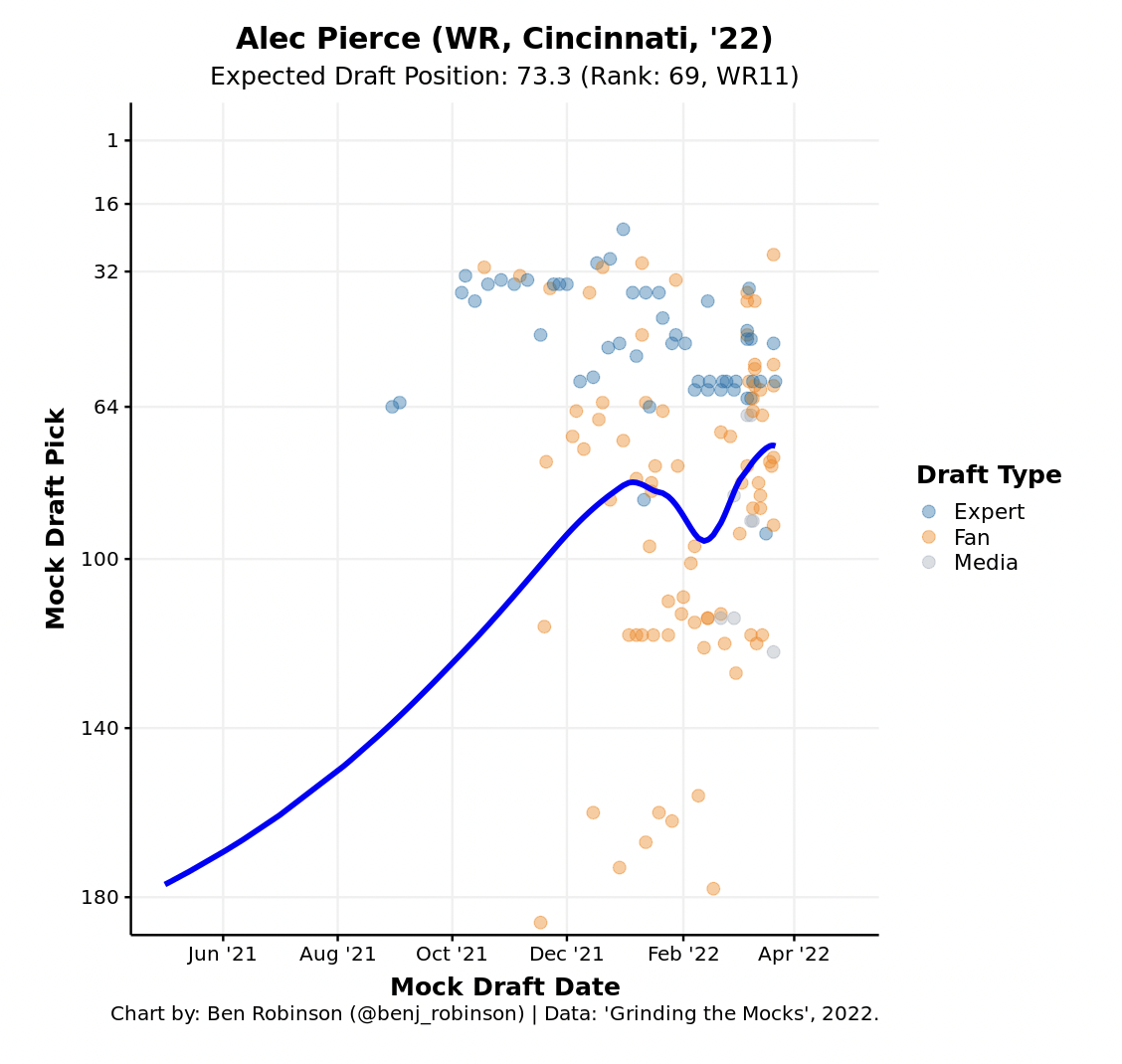