Chris Olave has generally been rising in mock drafts over the past couple of months, moving up with teammate Garrett Wilson as Treylon Burks falls.

Olave’s combine was impressive, though that is more likely to boost his draft status than his actual NFL value, according to my model. 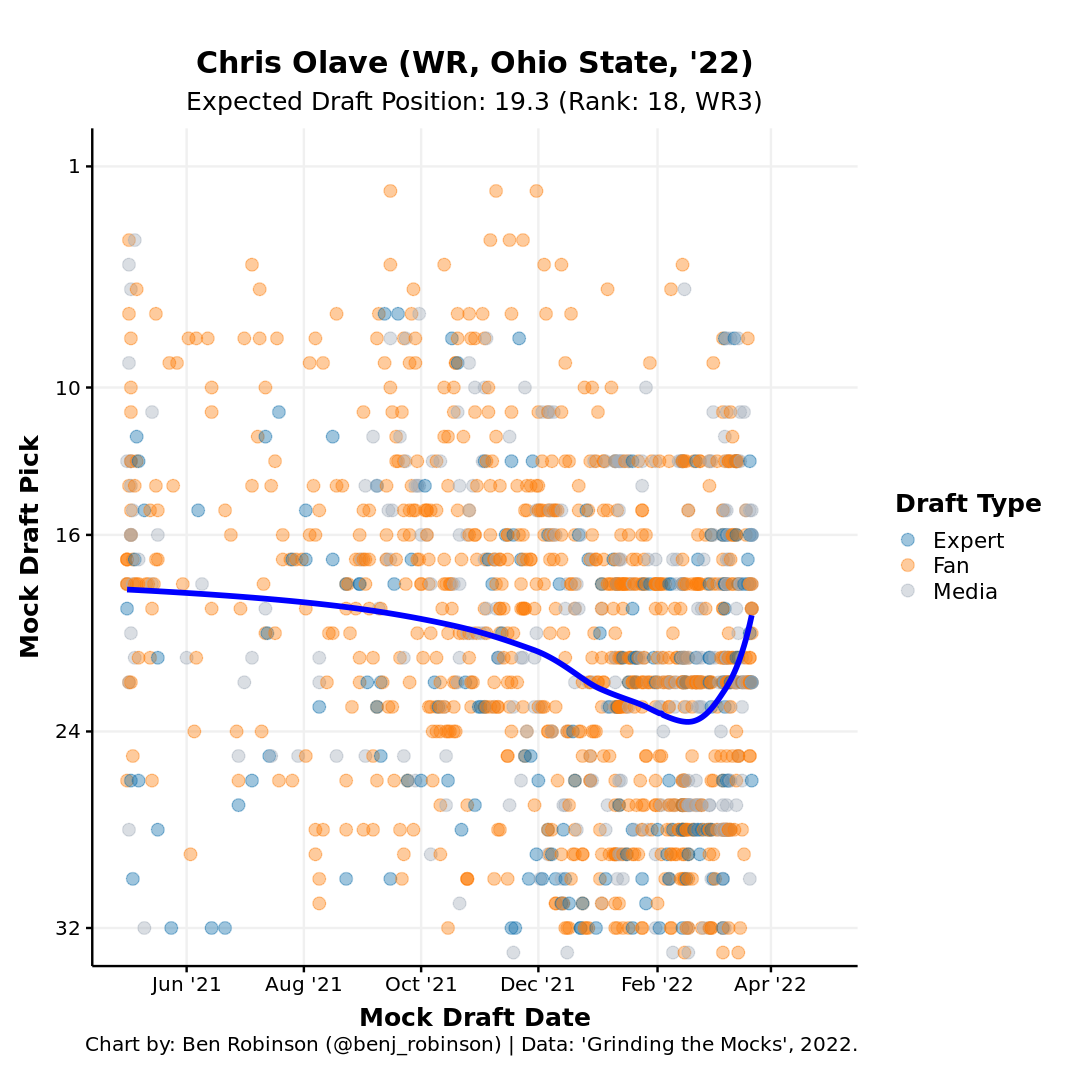