2021 NFL Draft Comps: Michigan WR Nico Collins is an athlete but a projection at the next level

The comps below were derived from a two-step process. First, I converted all the most statistically relevant stats and measurables to percentiles based on the thousands of prospects who have entered the NFL since 2006 at each position. Then, I filtered the total universe of past prospects by those who had draft positions, weight and 40 times within a 10th percentile in either direction of Michigan WR Nico Collins. For undrafted players, I assigned a numerical draft position of 300.

For Collins' draft position, I’m using an estimate based on the mock data collected at GrindingTheMocks.com. For the weight and 40 time, I’m using the numbers from his pro day, with a 0.03-second penalty added to the 40 time to reflect the uncertainty of pro-day timed measurements.

Collins fits into the traditional WR1 prototype at 6-foot-4 (93rd percentile) and 215 pounds (82nd). His pro-day 4.42-second 40-yard dash was strong (78th), and his broad and vertical jumps were both around the 75th percentile. Collins doesn’t hit the hottest marks, but the breadth of his athleticism was particularly impressive. 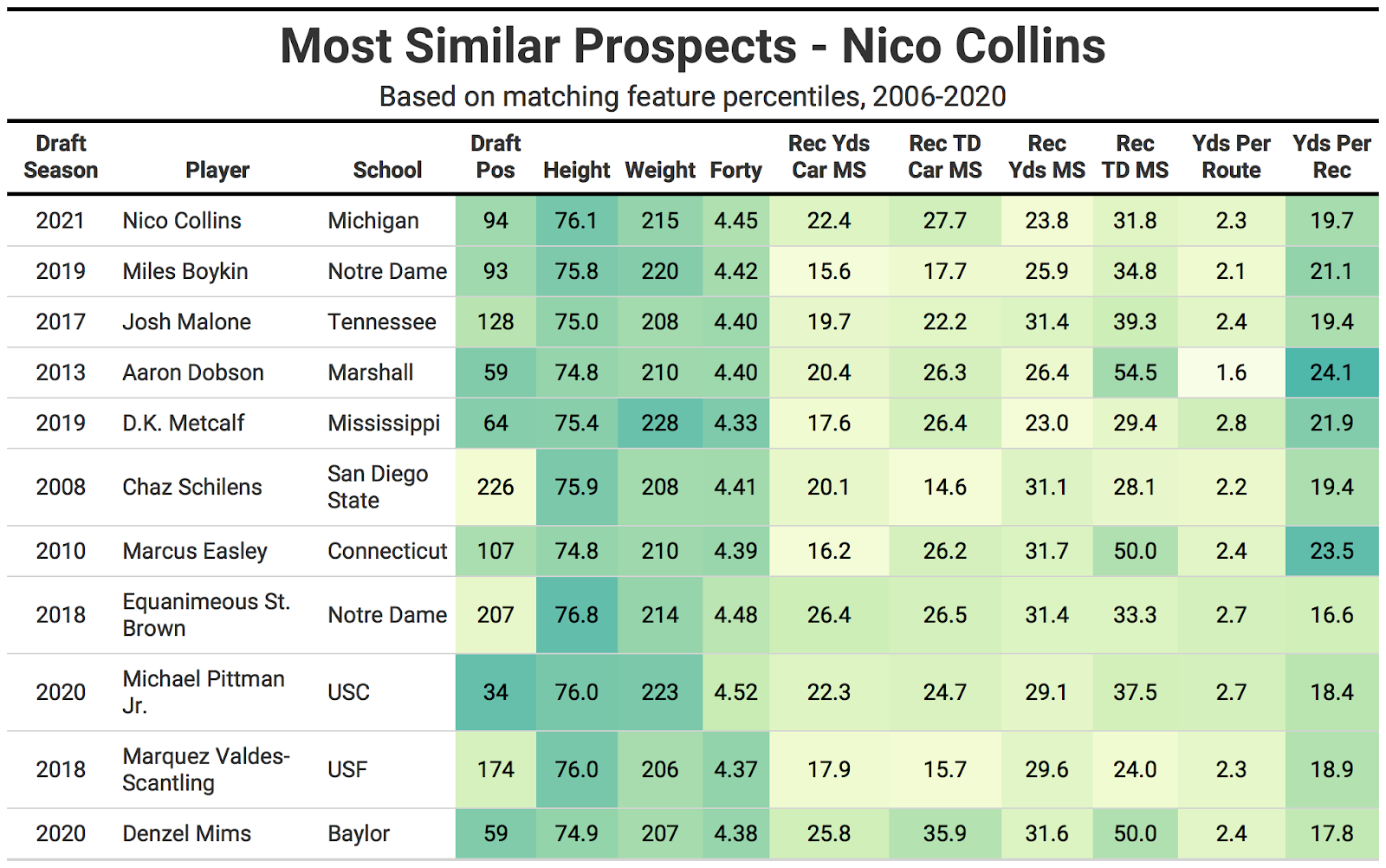 Collins is projected as a late third-round pick in recent mock drafts despite relatively weak production numbers. His career and max market share numbers are mediocre, and his per-route efficiency was poor. Many former Day 2 picks with similar profiles haven’t produced in the NFL, including Collins’ close comps Miles Boykin and Aaron Dobson.