The comps below were derived from a two-step process. First, I converted all the most statistically relevant stats and measurables to percentiles based on the thousands of prospects who have entered the NFL since 2006 at each position. Then, I filtered the total universe of past prospects by those who had draft positions, weight and 40 times within a 10th percentile in either direction of Chris Evans. For undrafted players, I assigned a numerical draft position of 300.

For Evans' draft position, I’m using an estimate based on the mock data collected at GrindingTheMocks.com. For the weight and 40 time, I’m using the numbers from his pro day, with a 0.03-second penalty added to the 40 time to reflect the uncertainty of pro-day timed measurements.

The glaring red flag in Evans’ profile is the decline in usage. Once a four-star recruit, he started with a promising true freshman season, amassing over 600 yards and four touchdowns. Evans improved those numbers slightly as a sophomore before a decline in production to only 73 rushing yards in 2020 as a redshirt senior.

The Michigan back has a strong athletic profile, clocking in at 4.44 seconds on the 40-yard dash and weighing 211 pounds. His other measurables were all excellent — he recorded a 40.5-inch vertical, 127-inch broad jump and 6.56-second three-cone drill.

Evans displayed big-play traits early in his career, along with the ability to explode through the hole and outrun defenders to the end zone. 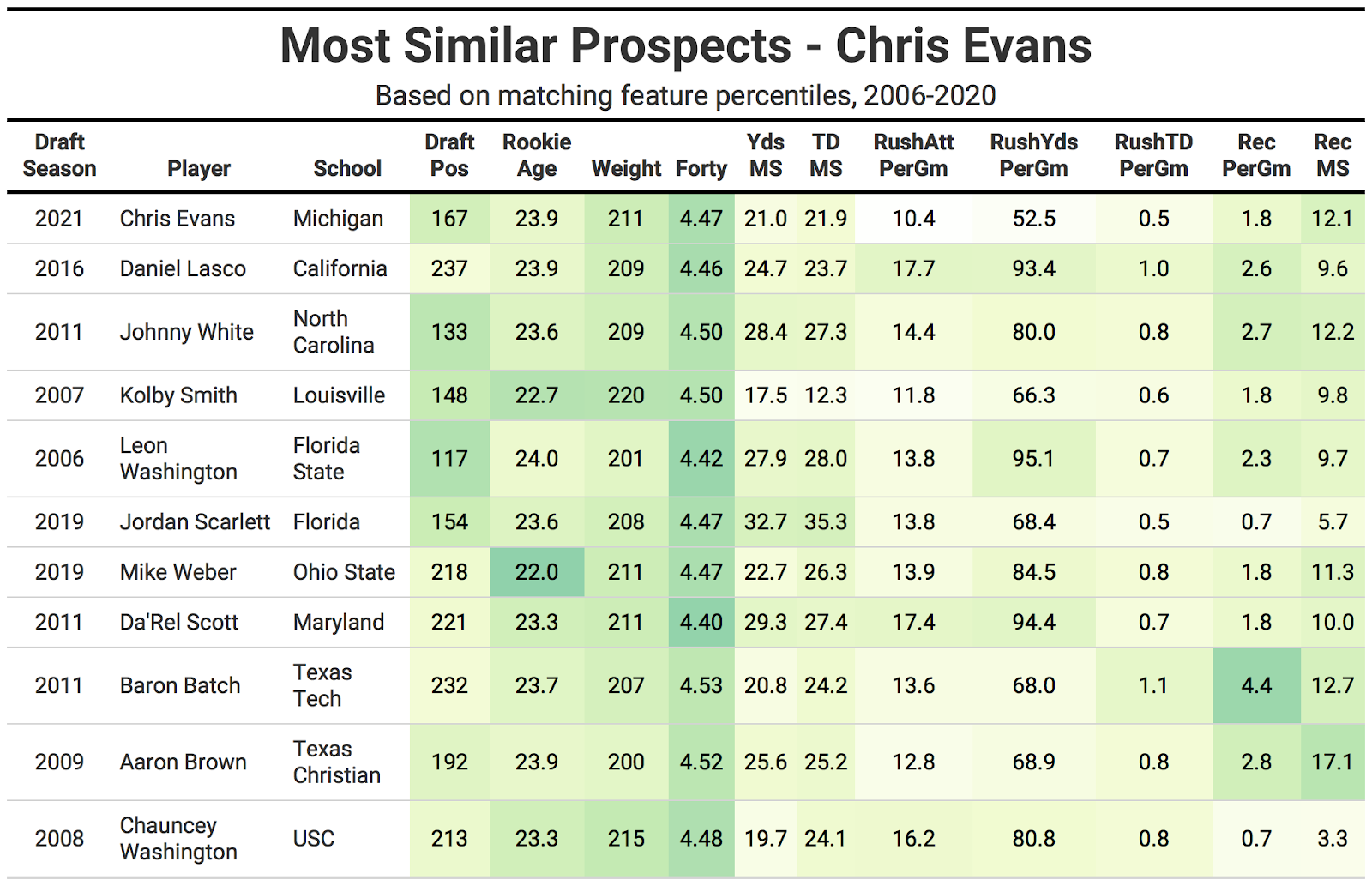 Daniel Lasco was similar to Evans as an older workout warrior, though even he had more substantial usage. Evans is uniquely low in terms of college production, with a max of 10 rush attempts per game in any season.