The comps below were derived from a two-step process. First, I converted all the most statistically relevant stats and measurables to percentiles based on the thousands of prospects who have entered the NFL since 2006 at each position. Then, I filtered the total universe of past prospects by those who had draft positions, weight and 40 times within a 10th percentile in either direction of LSU WR Terrace Marshall Jr. For undrafted players, I assigned a numerical draft position of 300.

For Marshall's draft position, I’m using an estimate based on the mock data collected at GrindingTheMocks.com. For the weight and 40 time, I’m using the numbers from his pro day, with a 0.03-second penalty added to the 40 time to reflect the uncertainty of pro-day timed measurements.

Marshall combines athleticism, size and pedigree that will be attractive to NFL front offices. He bolstered his draft profile with an impressive pro day, running a 4.38-second 40-yard dash at 205 pounds, jumping 39 inches in the vertical and recording a 10-foot-5 broad.

Marshall looks like a potential first-round receiver, one who not too long ago could have been considered underrated.

Is he one of the most underrated prospects in the Draft?pic.twitter.com/Mk0ENIyrPg 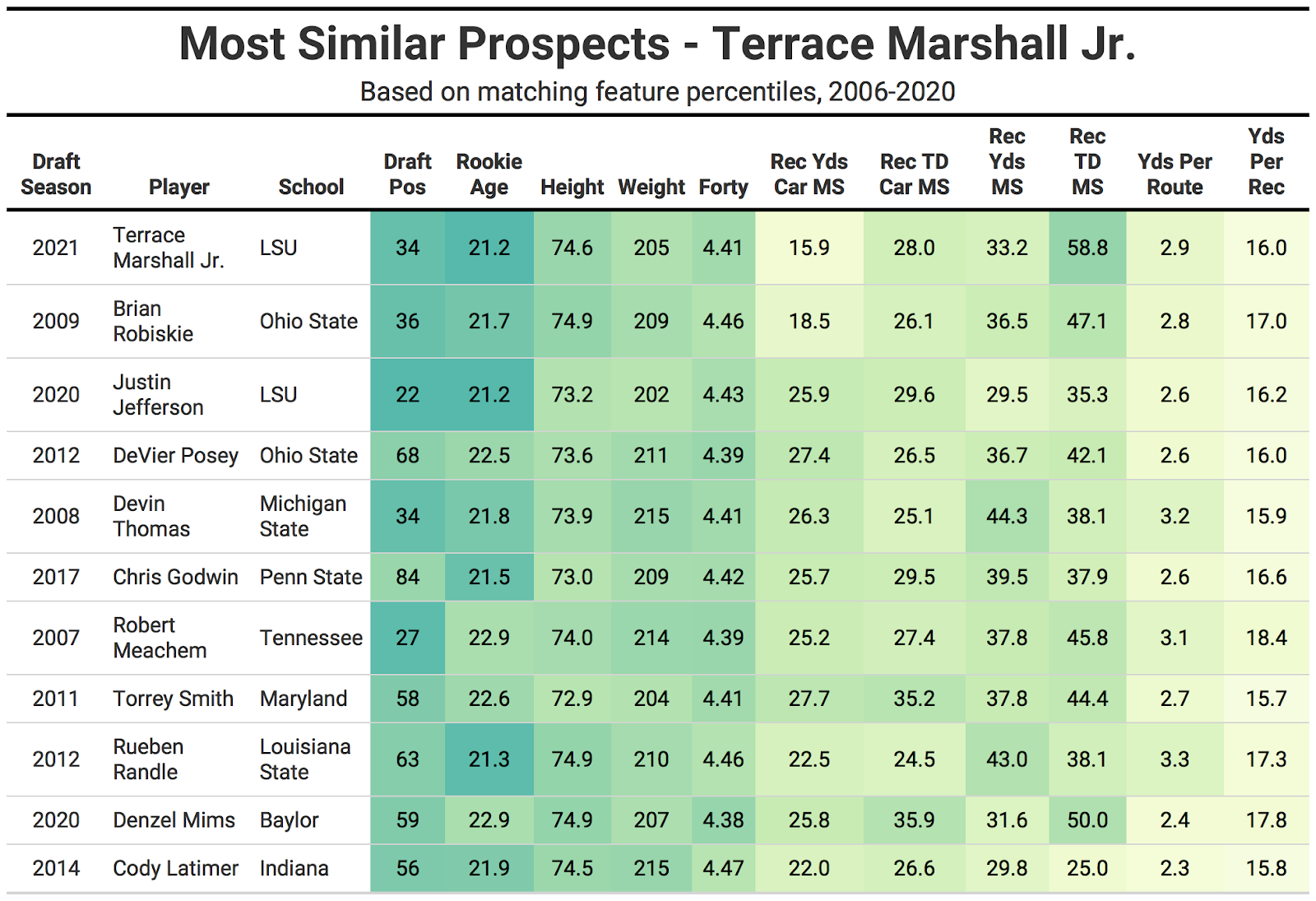 His red flag, at least superficially, is his weaker career production. He was a strong touchdown producer, with a career market share of 28%, but he was only at 16% in the more stable yards metric. The deeper context is that he played multiple seasons with 2020’s rookie phenom Justin Jefferson and the presumed first wide receiver off the board in 2021 in Ja’Marr Chase.

Marshall had the lead receiver role to himself in 2020, and he boosted his market shares for yards and touchdowns to 33% and 59%, respectively. He didn’t do it on huge volume either, accounting for a lighter 23% of team targets.