The comps below were derived from a two-step process. First, I converted all the most statistically relevant stats and measurables to percentiles based on the thousands of prospects who have entered the NFL since 2006 at each position. Then, I filtered the total universe of past prospects by those who had draft positions, weight and 40 times within a 10th percentile in either direction of LSU WR Ja'Marr Chase. For undrafted players, I assigned a numerical draft position of 300.

For Chase's draft position, I’m using an estimate based on the mock data collected at GrindingTheMocks.com. For the weight and 40 time, I’m using the numbers from his pro day, with a 0.03-second penalty added to the 40 time to reflect the uncertainty of pro-day timed measurements.

Chase has been the front-runner for first wide receiver drafted for more than the past year, and he didn’t do anything to dissuade NFL teams from making that a reality at his pro day. He ran a 4.38-second 40-yard dash (98th percentile) while weighing in at 201 pounds. He also posted a 41-inch vertical (96th), 13-foot broad jump (96th) and 3.98-second short shuttle (97th).

You could argue that the 6-foot Chase is a bit on the smaller side for a prototype top-10 pick, but that receiver archetype is less important in today’s NFL following the success of players such as Stefon Diggs.

Chase didn’t play like a smaller wide receiver in college, often looking like a man among boys as a sophomore.

Ja’Marr Chase vs Vanderbilt is NSFW 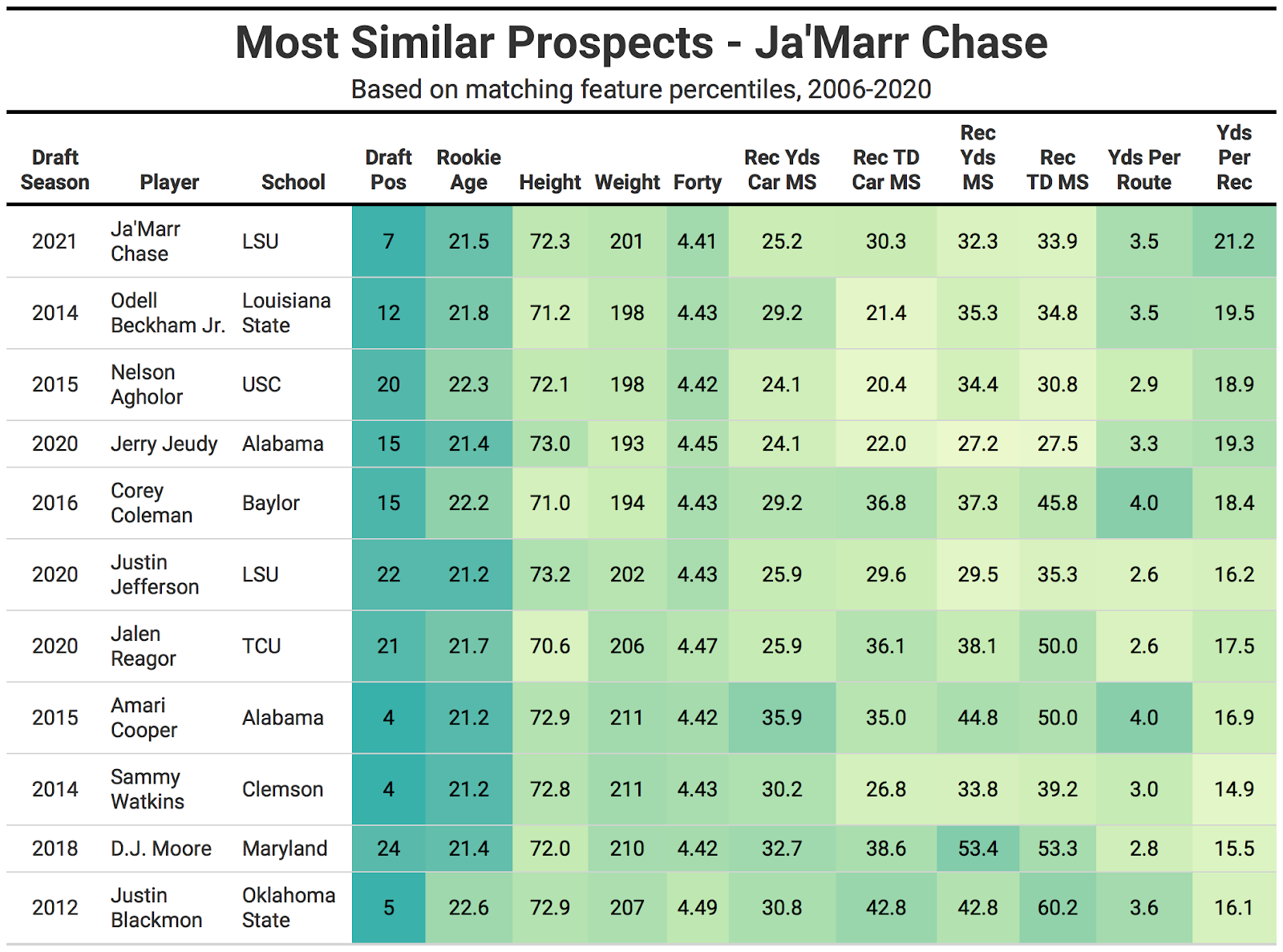 Chase’s top comp is Odell Beckham Jr., a logical choice considering size, draft position and statistical profile. And because Chase opted out of the 2020 season, his stats are being compared to historical draft prospects who had one or two years longer to develop their games. Chase’s dominant 2019 season happened when he was a true sophomore and only 19 years old.