2021 NFL Draft Comps: Louisville RB Javian Hawkins could be the next smaller back to break out in the NFL

The comps below were derived from a two-step process. First, I converted all the most statistically relevant stats and measurables to percentiles based on the thousands of prospects who have entered the NFL since 2006 at each position. Then, I filtered the total universe of past prospects by those who had draft positions, weight and 40 times within a 10th percentile in either direction of Louisville RB Javian Hawkins. For undrafted players, I assigned a numerical draft position of 300.

For Hawkins' draft position, I’m using an estimate based on the mock data collected at GrindingTheMocks.com. For the weight and 40 time, I’m using the numbers from his pro day, with a 0.03-second penalty added to the 40 time to reflect the uncertainty of pro-day timed measurements.

The flashing red flag for Hawkins is his weight. At only 183 pounds (second percentile), he is heavier than only four drafted running backs since 2006. Tarik Cohen was the only successful player in that group, but he isn’t in the comp group because of the lack of historical data that comes with playing for a small school. If Hawkins can find a Cohen-like role, he could generate some value in the NFL and in PPR leagues.

Hawkins wasn’t a big producer through the air, but he consistently made big plays by forcing missed tackles.

Javian Hawkins can MOVE! Louisville will need more of this in the second half to beat the Cats! 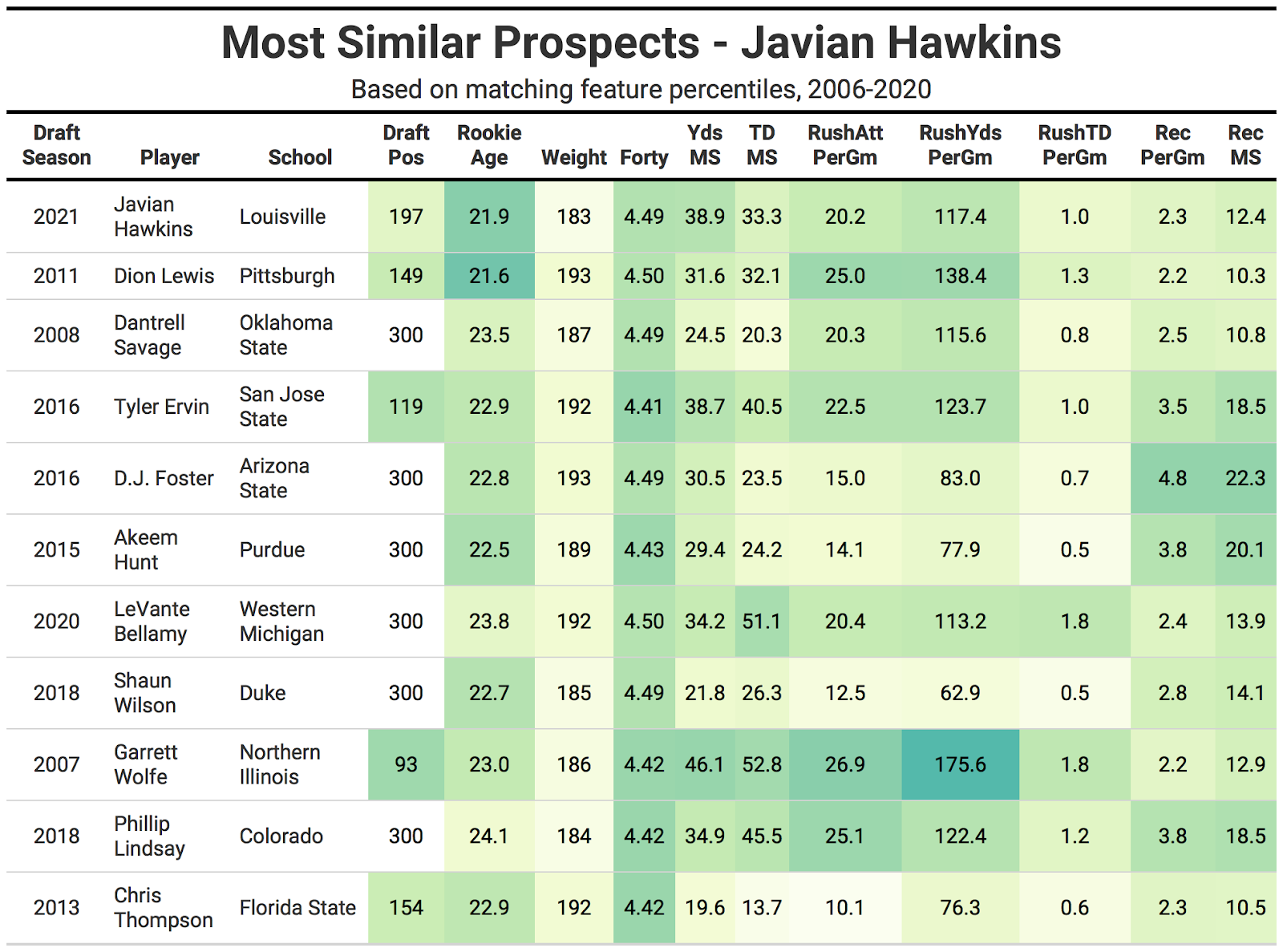 Dion Lewis and Phillip Lindsay are Hawkins' two most successful comps, though Lewis is more of a scratch, weighing in at 10 pounds heavier than the Louisville product.