The comps below were derived from a two-step process. First, I converted all the most statistically relevant stats and measurables to percentiles based on the thousands of prospects who have entered the NFL since 2006 at each position. Then, I filtered the total universe of past prospects by those who had draft positions, weight and 40 times within a 10th percentile in either direction of Alabama WR DeVonta Smith. For undrafted players, I assigned a numerical draft position of 300.

For Smith's draft position, I’m using an estimate based on the mock data collected at GrindingTheMocks.com. For the weight and 40 time, I’m using the numbers from his pro day, with a 0.03-second penalty added to the 40 time to reflect the uncertainty of pro-day timed measurements.

Smith is an unusual prospect in many ways, but his physical profile at an estimated 6-foot-2 and 170 pounds is completely unique. Of the 450 wide receivers who have available measurables and have been drafted since 2006, only seven weighed in under 170 pounds and none were taller than J.J. Nelson at 5-foot-10.

Because he is so physically unique, the height and weight numbers in the table below were not part of the matching algorithm to find the closest comparable players. This is purely an age- and stats-based comparison.

Despite his smaller frame, he was able to get off of press coverage with regularity.

As a non-early declare leaving after his true senior season, the Alabama pass-catcher is a bit older than the typical first-round wide receiver. His age skews his comps a little older, which is generally a negative for forecasting future success. 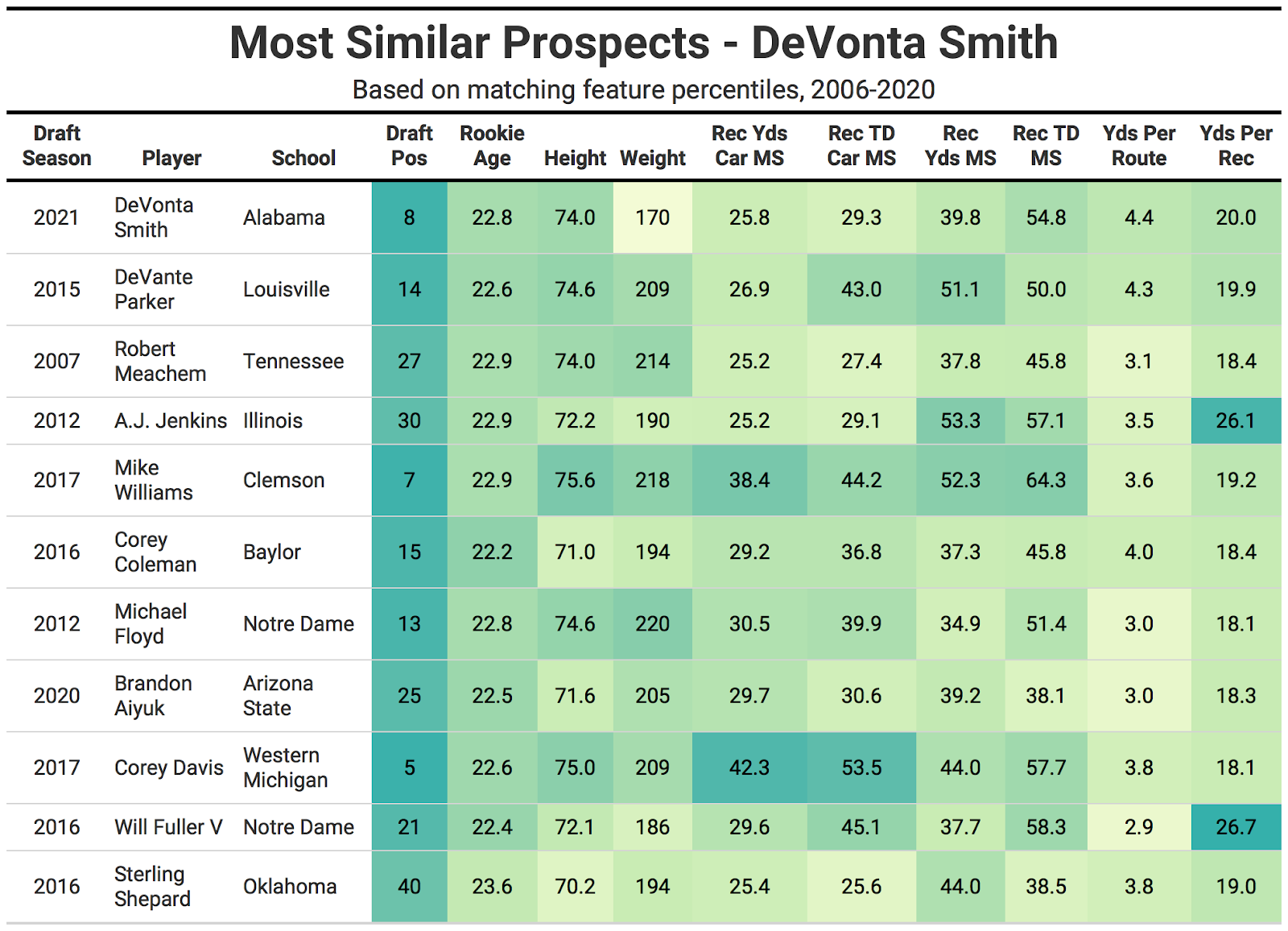 Smith contributed throughout his collegiate career but didn’t really break out until his junior season and became a truly dominant player in his final season.

The divergence in Smith’s career and best-season market shares makes later breakouts such as DeVante Parker close statistical comps. The context with Parker is that his big-time senior breakout happened in an injury-shortened, six-game season. Smith provided a bigger sample and proved himself to a greater degree in his Heisman-winning 2020 campaign.