2018 Prospect Preview: Louisville LB Stacy Thomas can do it all for the Cardinals

LOUISVILLE, KY - OCTOBER 22: Stacy Thomas #32 of the Louisville Cardinals runs with the ball after intercepting a pass during the game against the North Carolina State Wolfpack at Papa John's Cardinal Stadium on October 22, 2016 in Louisville, Kentucky. (Photo by Andy Lyons/Getty Images) 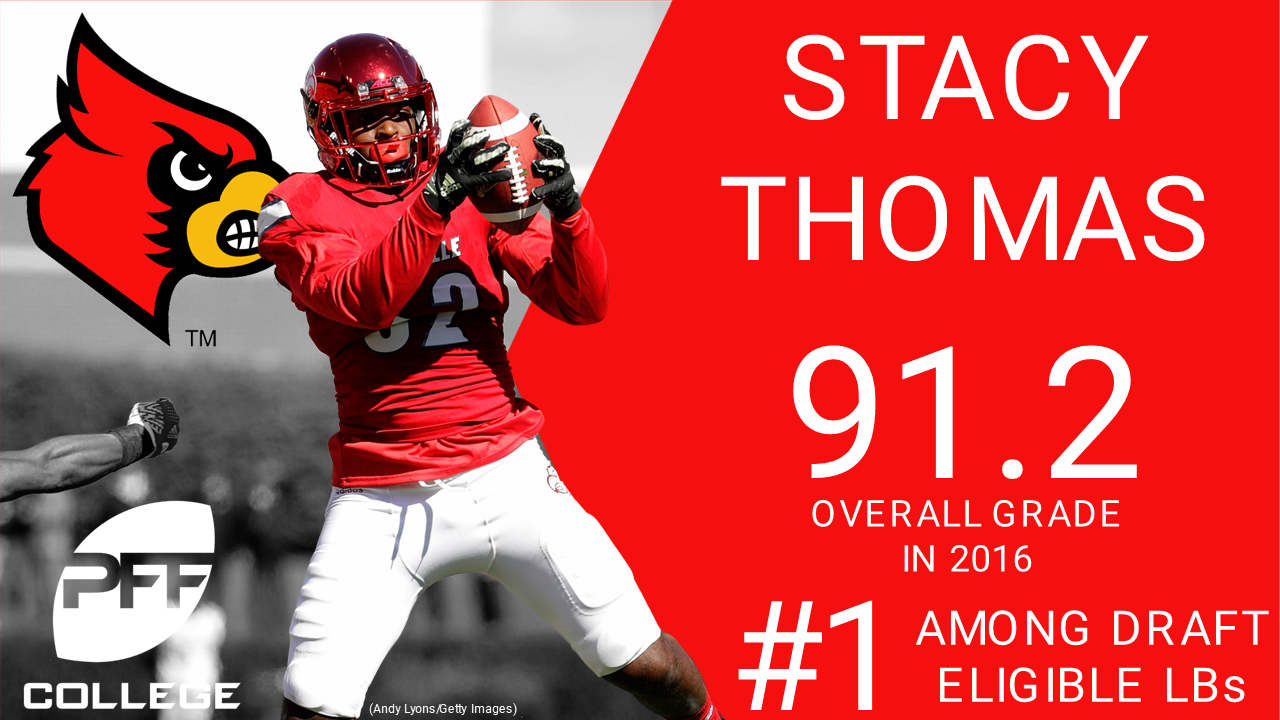