Here are the top-graded players and biggest storylines from Oklahoma’s 66-59 victory over Texas Tech:

That’s not a mistake. Mayfield finished with a 99.9 overall grade thanks to a 99.9 passing grade. It was one of the greater passing performances you’ll ever see. On deep throws he was a ridiculous 6-of-7 for 238 yards and four touchdowns. He was nearly perfect every time he threw the football, especially when kept clean in the pocket, where he posted a perfect 158.3 rating on 80.6 percent completion rate when not under pressure. 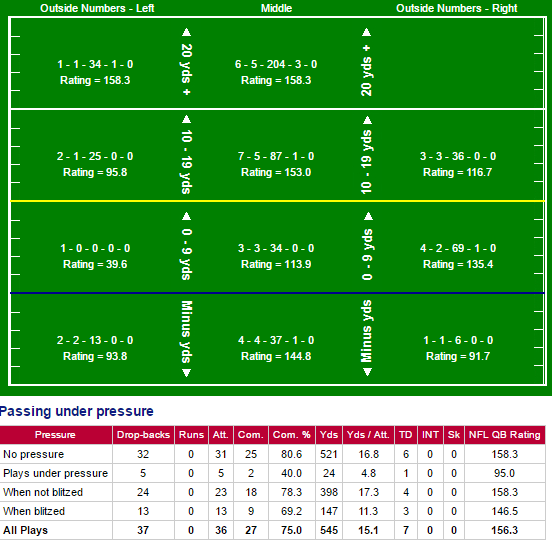 Trio of Mayfield, Mixon and Westbrook put on an offensive clinic

Seeing a huge increase in snaps with the injury to running back Samaje Perine, Joe Mixon might have taken over the starting job with his performance. He carried the football 31 times and gained 263 yards (8.5 yards per carry) and forced nine missed tackles. He added four receptions for 114 yards and two missed tackles forced. All in all, Mixon totaled five touchdowns. Wideout Dede Westbrook continued his high-level stretch, as he caught 9-of-11 passes for 202 yards and two touchdowns.

Nobody can ever question Ogbonnia Okoronkwo’s motor after this game. He was on the field for a ridiculous 107 snaps, and rushed the passer 61 of those times. That led to a sack, two hits and nine hurries, and a pass-rush grade of 84.0. Okoronkwo was the star of this Sooners' defense that had a tough time in coverage. No secondary player graded higher than 59.3 overall (CB Steven Parker), while S Ahmad Thomas and CB Will Johnson combined to allow 19-of-23 targets they saw to be caught for 229 yards and a touchdown.

Mahomes wasn’t a perfect passer on Saturday night, but he added so much with his feet and graded out very well because of his dual-threat ability. His 87 yards and two touchdowns on 11 carries led to a rushing grade of 94.7. There was a stark difference when Mahomes was pressured and when he was not, and that made the difference in this game. Without pressure, Mahomes completed 39-of-53 (73.6 percent) for 512 yards (9.7 YPA) and four touchdowns to no interceptions. When pressured (42 percent of dropbacks), his numbers fell to 14-of-36 (38.9 percent) for 240 yards (6.7 YPA) and one touchdown to one interception. 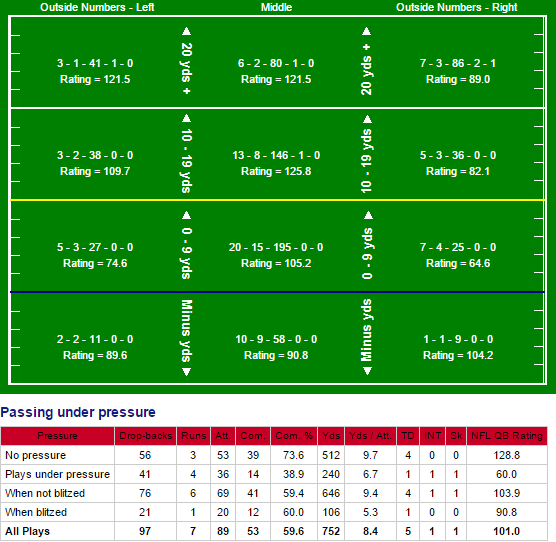 It’s no secret how well the Texas Tech receivers played, as they gained about half their total yards after the catch and broke tackle after tackle. But the offensive line was a big issue, specifically the left tackle and center position. LT Terence Steele finished with a pass-blocking grade of just 40.1 thanks to two hits and four hurries that he allowed. C Tony Morales struggled equally, earning a 40.4 pass-blocking grade after allowing a hit and eight hurries. Seeing how Mahomes mostly struggled when pressured, it was disappointing to see it happen as often as it did.

It didn’t matter if it was a run or a pass, Oklahoma found success doing whatever they wanted on offense Saturday night. The Red Raiders missed 20 tackles during the game, and the highest run-defense grade came from CB Justis Nelson (81.7). Unfortunately, his overall grade was done in by a poor coverage grade (35.7), much like the entire Texas Tech defense. CB D.J. Polite-Bray was the biggest victim, as he allowed five catches on seven targets for 152 yards and a touchdown, but this was an overall team effort of poor defense that led to this loss.