Alabama heads into 2019 with the nation's top group of receivers

Last year's National Championship is more than just a memory at this point, as the two teams represented in 2018's season finale actually return perhaps some of the nation's finest players at one very specific position (okay, fine, maybe more than one but this isn't about quarterbacks).

While the defending National Champion Clemson Tigers possess two of the nation's five highest-graded returning wide receivers in Justyn Ross and Tee Higgins, it is actually National Runner-Up Alabama who should own the top spot in terms of nation's top group of receivers come opening weekend.

Alabama returns 4 receivers who graded out among the 33 highest-graded returning receivers among Power-5 schools.

No other P-5 CONFERENCE returns more than 6 in that same group.

All four receivers played major snaps last year in Alabama's SEC Championship winning season and benefitted greatly from the emergence of QB Tua Tagovailoa. Of them, Waddle is the highest-graded returning receiver in the group and is actually the nation's second highest-graded returning player at the position after finishing with an 89.7 overall grade last year. As the fourth receiver on the depth chart throughout the season, he flashed his elite potential when given the opportunity and turned 60 targets into 45 receptions, 848 yards, seven touchdowns and averaged 8.0 yards after the catch per reception.

He broke nine tackles after the catch and his ridiculous 141.7 passer rating when targeted is the fourth-highest among all returning Power-5 receivers.

The craziest part about that last statistic is that of the three receivers ahead of him in that category, two of them are his teammates. 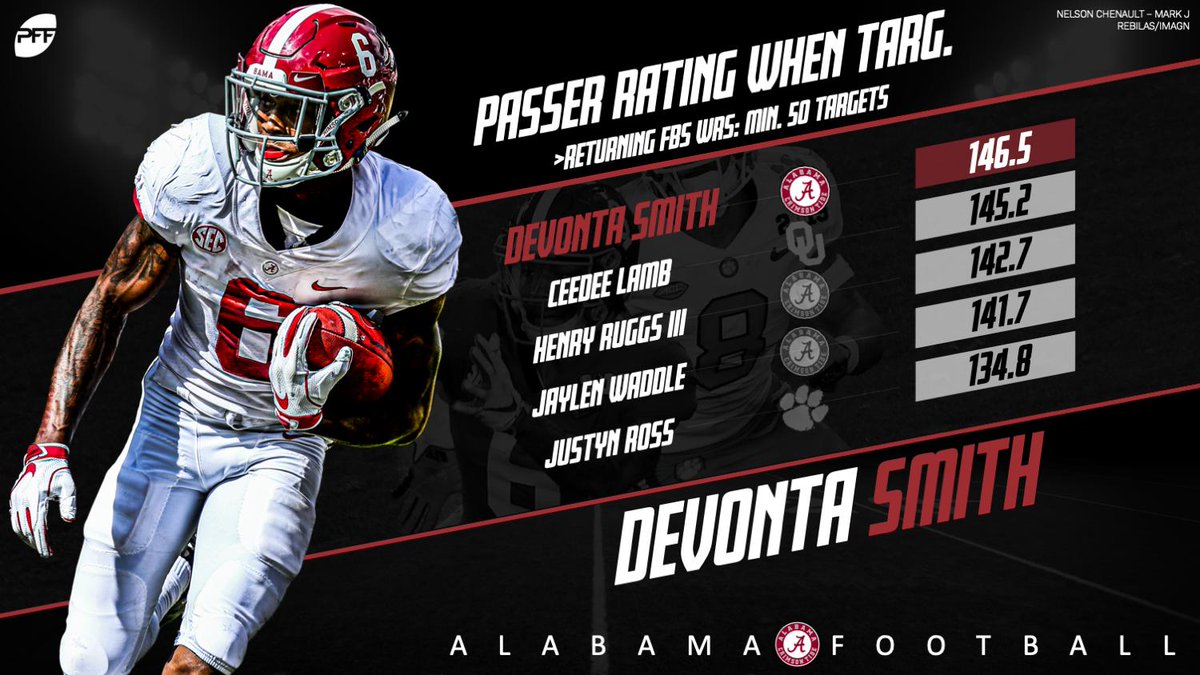 Smith and Ruggs were just as dominant on their receptions, turning in 146.5 and 142.7 passer ratings when targeted, first and third, respectively, among Power-5 returning receivers. Smith hauled in 72.4% of the total passes thrown his way and averaged 16.4 yards per catch while Ruggs brought down 11 touchdowns and broke 12 tackles in the process.

So what about Jeudy? Depending on where you look, the preseason odds-on favorite to win the Biletnikoff Award finds himself with the nation's fourth-most combined receiving conversions (first downs + touchdowns), turning 68 receptions into 35 first downs and 14 touchdowns last year.

Jeudy's after-the-catch ability is up there with the tops in the nation as is his ability to work a variety of routes. He wins all over the field, all over the route tree and he not only should be a considerable favorite to win the Biletnikoff but also in contention to be the first receiver taken in next April's 2020 NFL Draft. 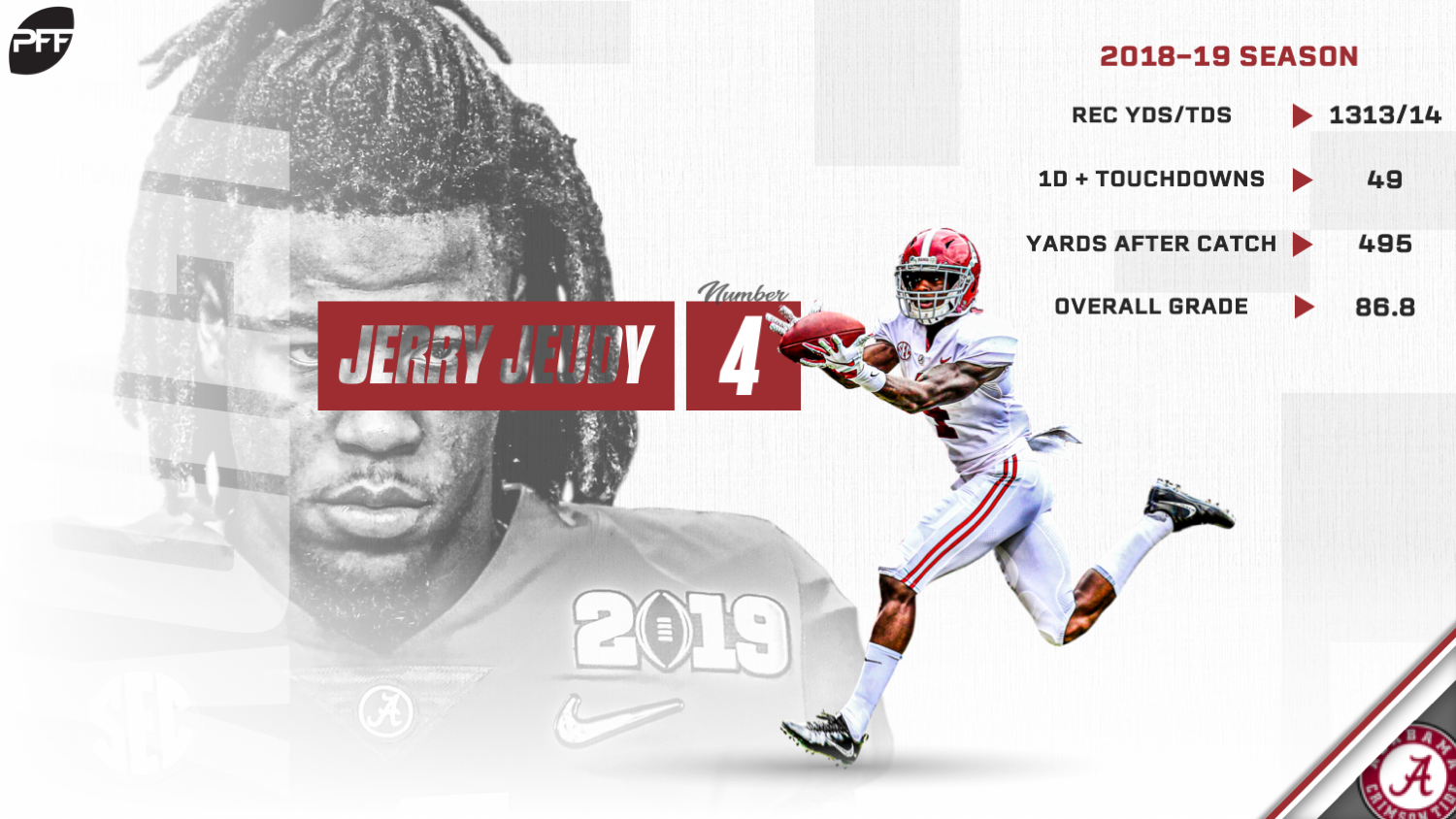 Tagovailoa had great success targeting the four receivers and this is all without even mentioning others who could step in and fill other targets outside the Big 4. Tyrell Shavers, Xavier Williams, John Metchie and Slade Bolden are on the potential list to see targets behind the Big 4 but neither has put forth any production of merit at this rate. All that's just to say that with Tagovailoa's track record, one of those four could be breakout candidates for 2019 just as easy.

Big-name receivers dot the country as team's WR1 options this fall but only Alabama will field four players capable of being a team's No. 1 wide receiver option if they weren't wearing Crimson. It's that reason alone why they hold the country's top receiver unit heading into 2019.