The Tennessee Volunteers knocked off the No. 12 Auburn Tigers, utilizing a big game from their quarterback and running back combination of Jarrett Guarantano and Ty Chandler as they paced Tennessee to a 30-24 victory over Auburn in a lackluster performance from the Tigers.

Guarantano finished the day completing 21-of-32 passes for 328 yards and two touchdowns as he found Chandler and receiver Jauan Jennings for scores. Guarantano was lights out from a clean pocket, throwing for 255 of his 328 yards on 25 total dropbacks in which he was kept clean. He had no trouble finding receivers downfield either, completing 8-of-14 passes for 232 yards and both scores on passes targeted 10 or more yards past the line of scrimmage. 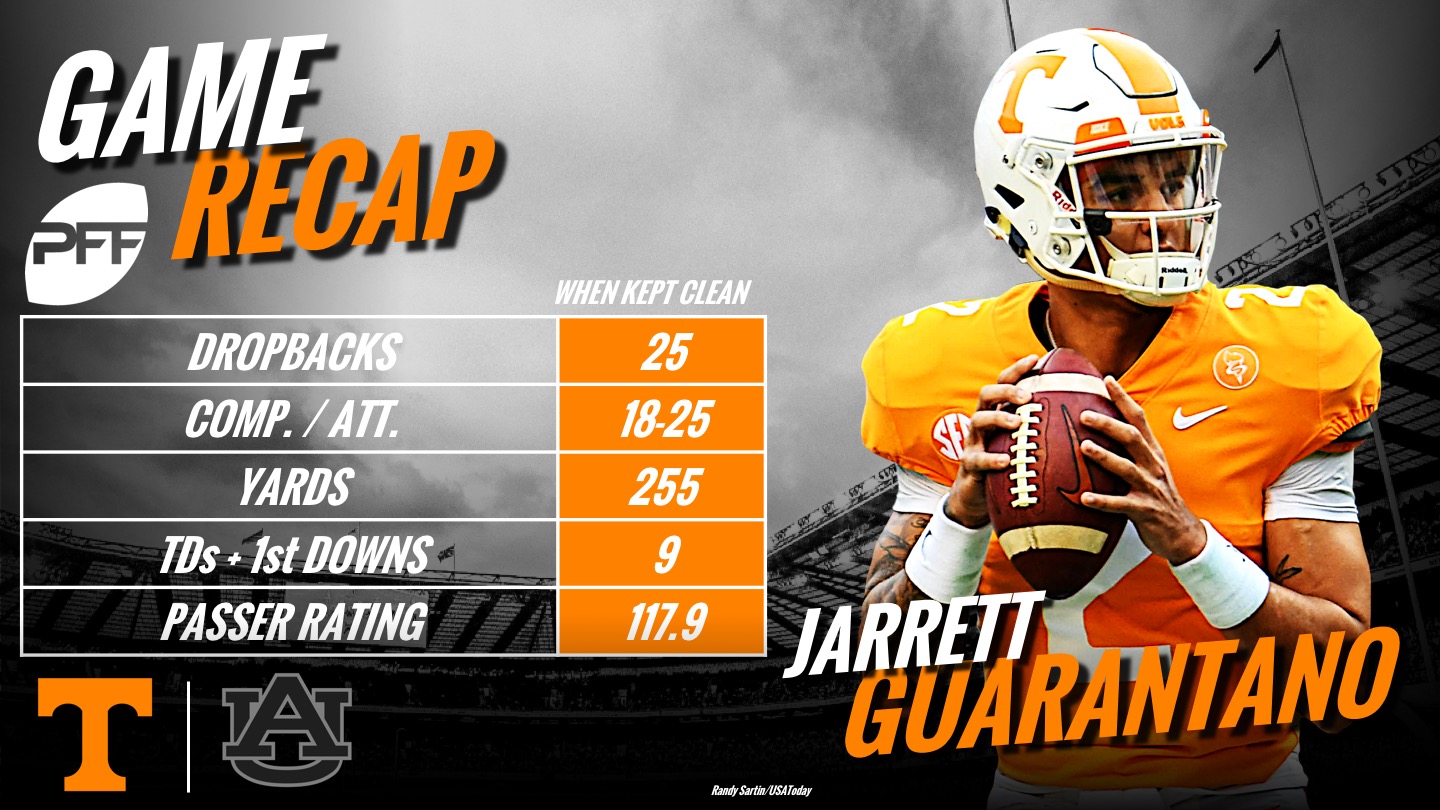 Guarantano found both his backs and receivers at will on the afternoon, connecting with nine different targets. He found Chandler on four occasions for 62 yards, including one of the game's highlights when Chandler found a hole in the coverage and Guarantano was able to hit him in time for a 42-yard touchdown that tied the score at 10.

Trailing 17-13, Guarantano dropped in arguably one of his better passes of the day on a go route to Jennings, who made an acrobatic, contested catch over Auburn's Jordyn Peters for the go-ahead score in the third quarter.

Alontae Taylor returned a fumble for a touchdown on Auburn's ensuing possession to essentially ice the game before kicker Brent Cimaglia knocked home a 20-yard field goal to push their lead to 30-17 in the fourth.

Defensively for Tennessee, cornerback Bryce Thompson may have allowed two touchdowns in coverage, but he more than held his own on all but those two snaps in coverage. Aside from the touchdowns allowed, Thompson saw six other targets, allowing just one reception while he recorded an interception and a pass breakup of his own. 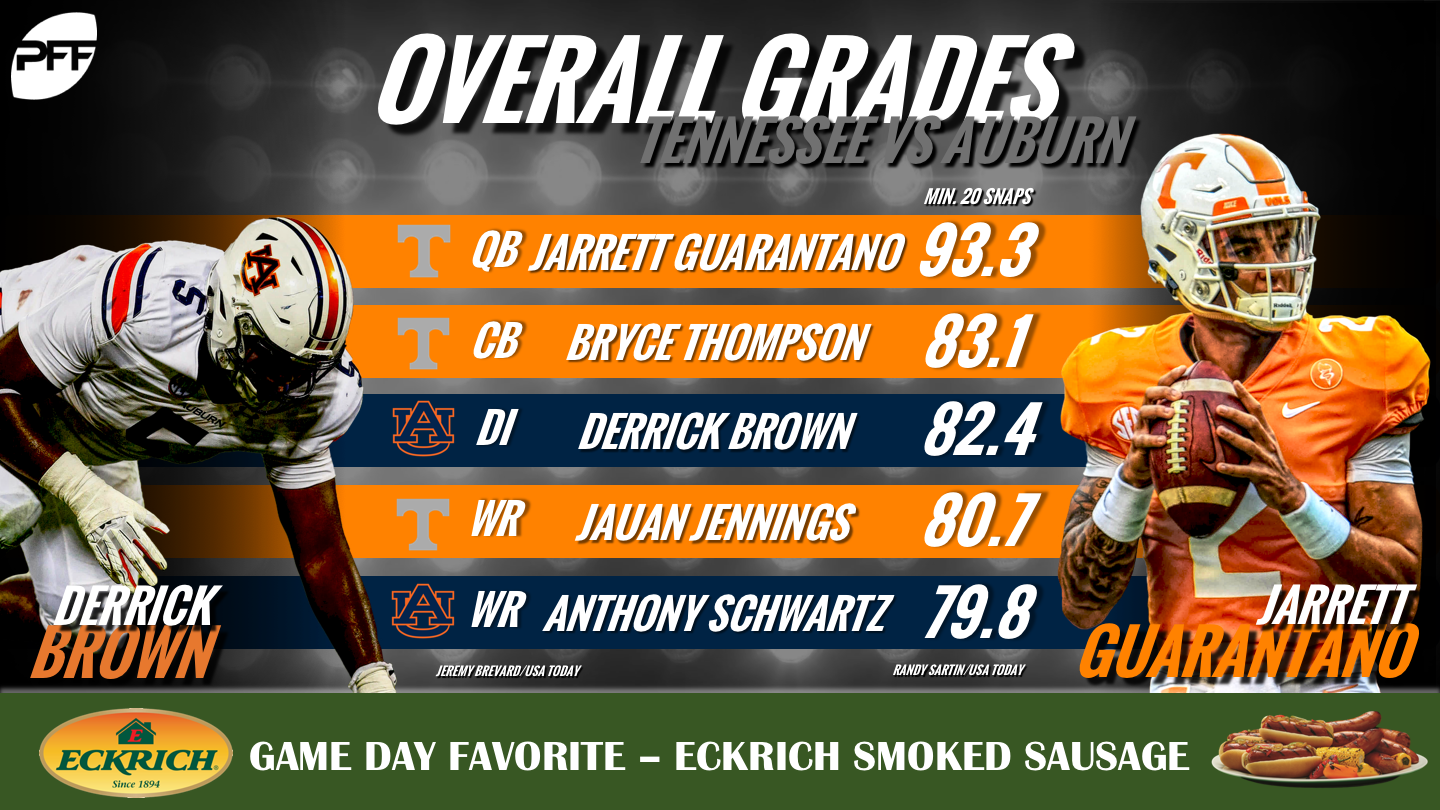 For Auburn, the defense was unable to register pressure on Guarantano on a consistent basis as Derrick Brown and Dontavius Russell each recorded three pressures but no other Auburn defender recorded more than one.

Tigers QB Jarrett Stidham didn't have his best performance for Auburn either, especially when under duress. He limped to a 22.1 overall grade on pressured dropbacks, completing just 3-of-8 passes for 27 yards and an interception. He finished with a 58.4 overall game grade.

Tennessee improves to 3-3 on the season and Auburn falls to 4-3 as the Volunteers defeated the Tigers for the first time since 1999.