• RB Josh Jacobs Over 20.5 Rush Attempts (-104): This prop checks all the boxes, as only an injury or a complete flip in the expected game script will keep Jacobs from hitting workhorse usage on Thursday night.

• WR Tutu Atwell anytime TD scorer (+550): In the past two games, Atwell has run a route on over 50% of dropbacks and is finally moved past the point of one random trick play every few games.

Any time Baker Mayfield is potentially involved, the handicap adds complexity. NFL Media's Tom Pelissero reported earlier today that Mayfield will be active and might even end up playing if John Wolford can't play through his neck injury.

New #Rams QB Baker Mayfield is expected to be active tonight vs. the #Raiders and there’s a real chance he plays, per sources. His role will depend in part on how John Wolford (questionable, neck) is feeling. Mayfield got in Tuesday night and is up to speed on the full game plan.

The spread locked into +6.5 early in the week after the lookahead and the opening-week line stuck to +5.5. Few previous examples exist of a bottom-ranked team becoming a touchdown favorite on the road this late in the season. A couple of books moved in the Rams' direction to +6 as we head toward kickoff — the only real direction this spread looks likely to move toward.

PFF's betting model does find value in the home dog, with a break-even percentage at the +230 moneyline. Historic rates also lean heavily in this direction, but the uniqueness of this Thursday night matchup means that it could turn out to be something beyond historic.

If interested in playing the Rams side, it sets up as an ideal in-game play when answers to the quarterback question can be better evaluated. It’s also possible that the number moves past +7, providing an opportunity if the Rams enjoy early success.

The real play is on the total, with PFF Greenline finding a 0.9% edge on the over 43.5 at -110. Both teams are around league-average in EPA per scripted pass play but have been among the league’s worst defensively in the same setup. 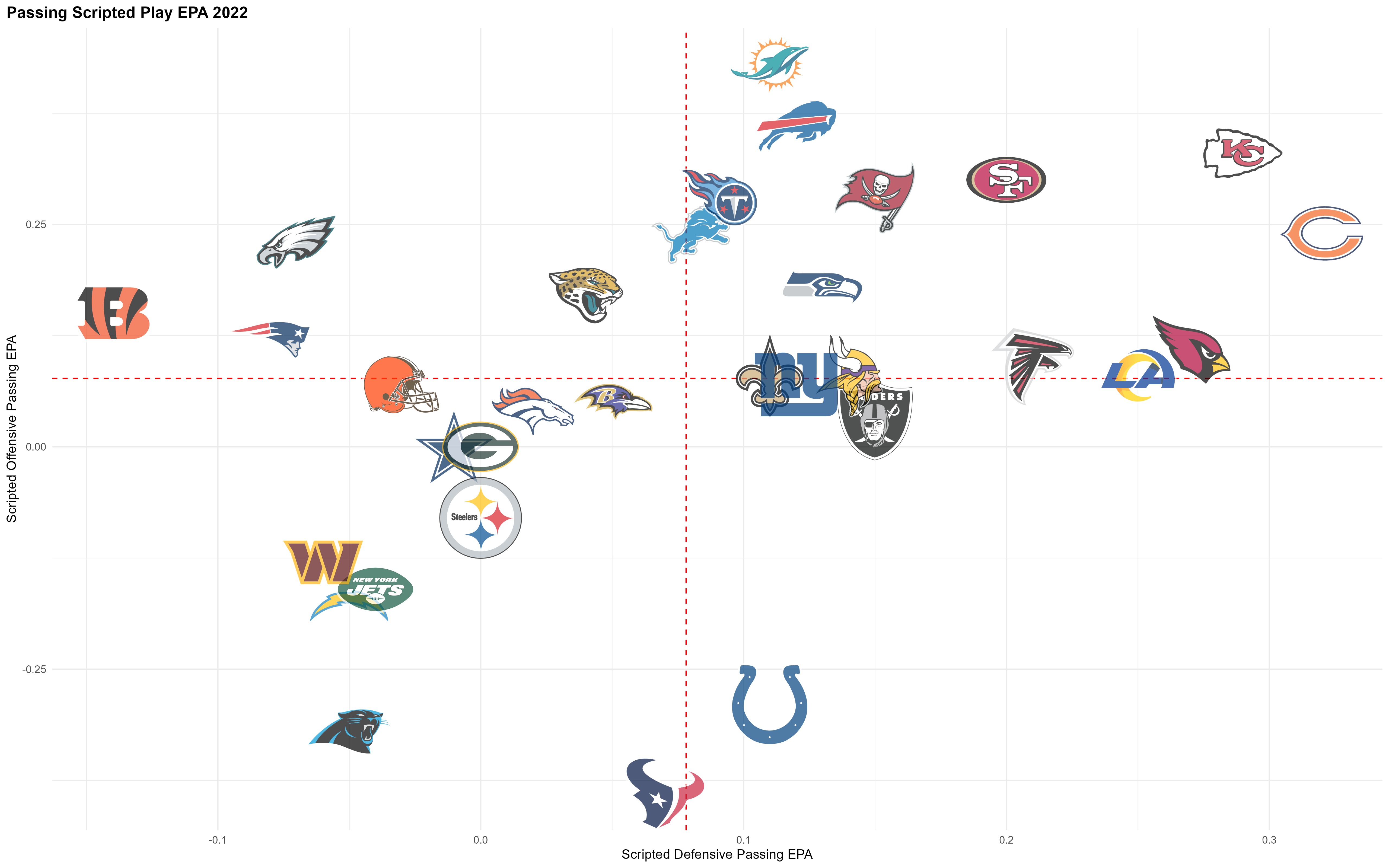 Something has to give, and with our lean on the total, we can find a slightly better first half with it sitting on the key number 21. The over in this scenario has a high push percentage but still provides plenty of value.

Player props continue to be one of the best approaches to betting on the NFL. If you are interested in macro trends from the past three seasons, check out my midseason prop article here.

One way to consistently find defined edges without blindly betting unders is by utilizing PFF's player props tool. The ability to adjust both number and price means you are always certain of the expected value for each prop bet. Let’s dive into the best player props to bet for the NFL Thursday night game.

The injury situations around this game crushed the prop menu, as we have one of the smallest prime-time offerings of the season.

The one constant will be Raiders RB Josh Jacobs, who leads the NFL in team rush attempt share  (86.3%) and is the only running back above 80% this season. He’s gone over his closing prop number in eight of 12 games this year and has 83 designed rush attempts in the past three games.

This prop checks all the boxes, as only an injury or a complete flip in the expected game script will keep Jacobs from hitting workhorse usage on Thursday night.

The Rams had to lose every other viable receiving threat, but Sean McVay finally answered my prayers and has finally started to give Tutu Atwell legitimate reps on the football field.

In the past two games, Atwell has run a route on over 50% of dropbacks and is finally moved past the point of one random trick play every few games. On top of the five targets he saw last week, there were also four designed rush attempts, allowing Atwell to post the second-best grade among his teammates.

Expect more of the same on a short week. And with Atwell’s big play threat, the +550 anytime TD price on BetMGM looks way too big of a mispricing.