SimBull remains at the forefront when speculating on sports, and the platform added college football shares this week. Everyone seems to have turned toward that market, as we have seen a steady downtick in trades happening on NFL teams. 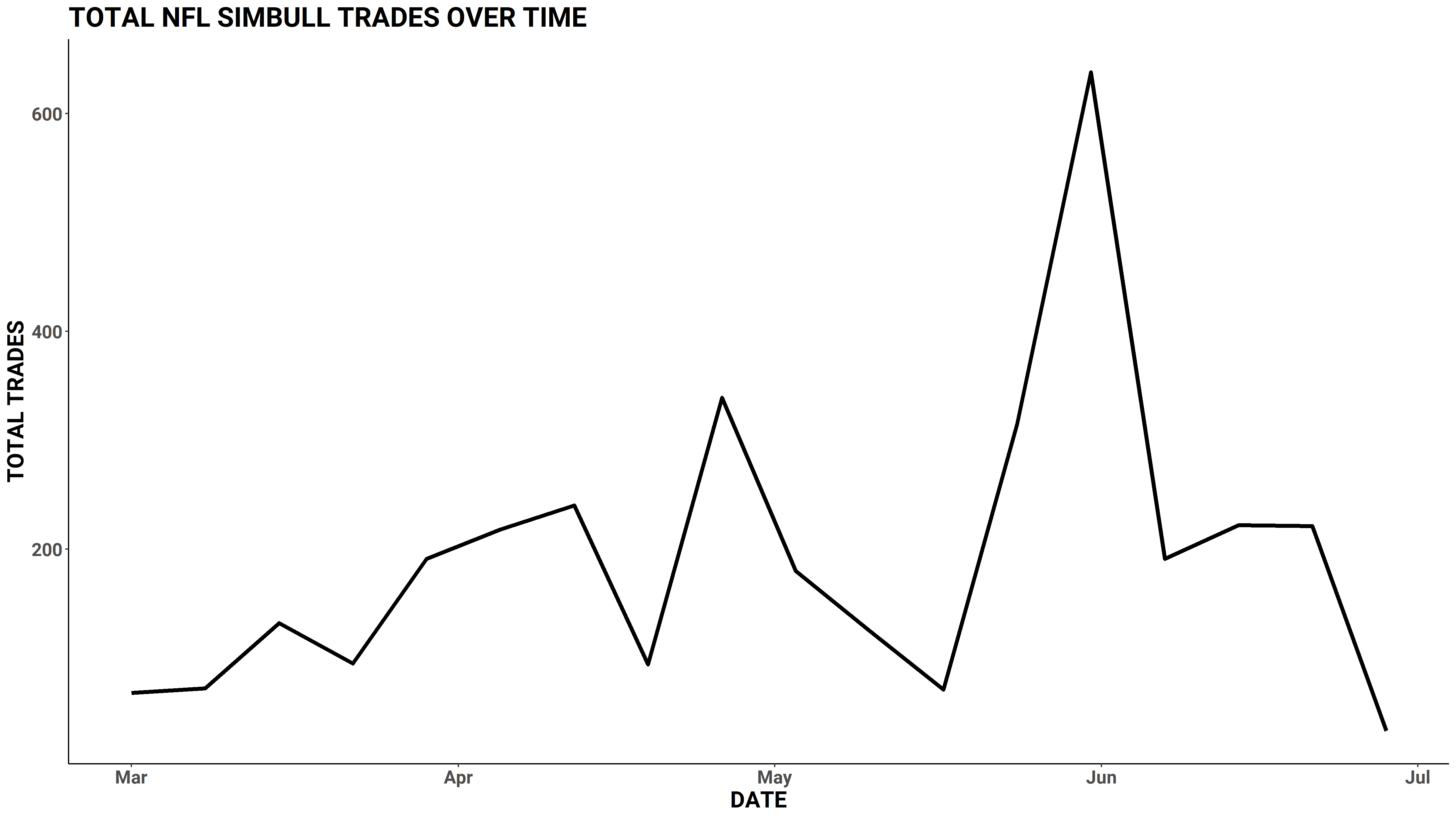 Trades were at a high during the beginning of June, but things have slowed into July as participants wait for training camp and offseason news to hit.

Over the past month, our favorite buys from previous articles have led the way as a percentage of total trades. The Raiders also have the highest return on investment (38.6%) during this time period. 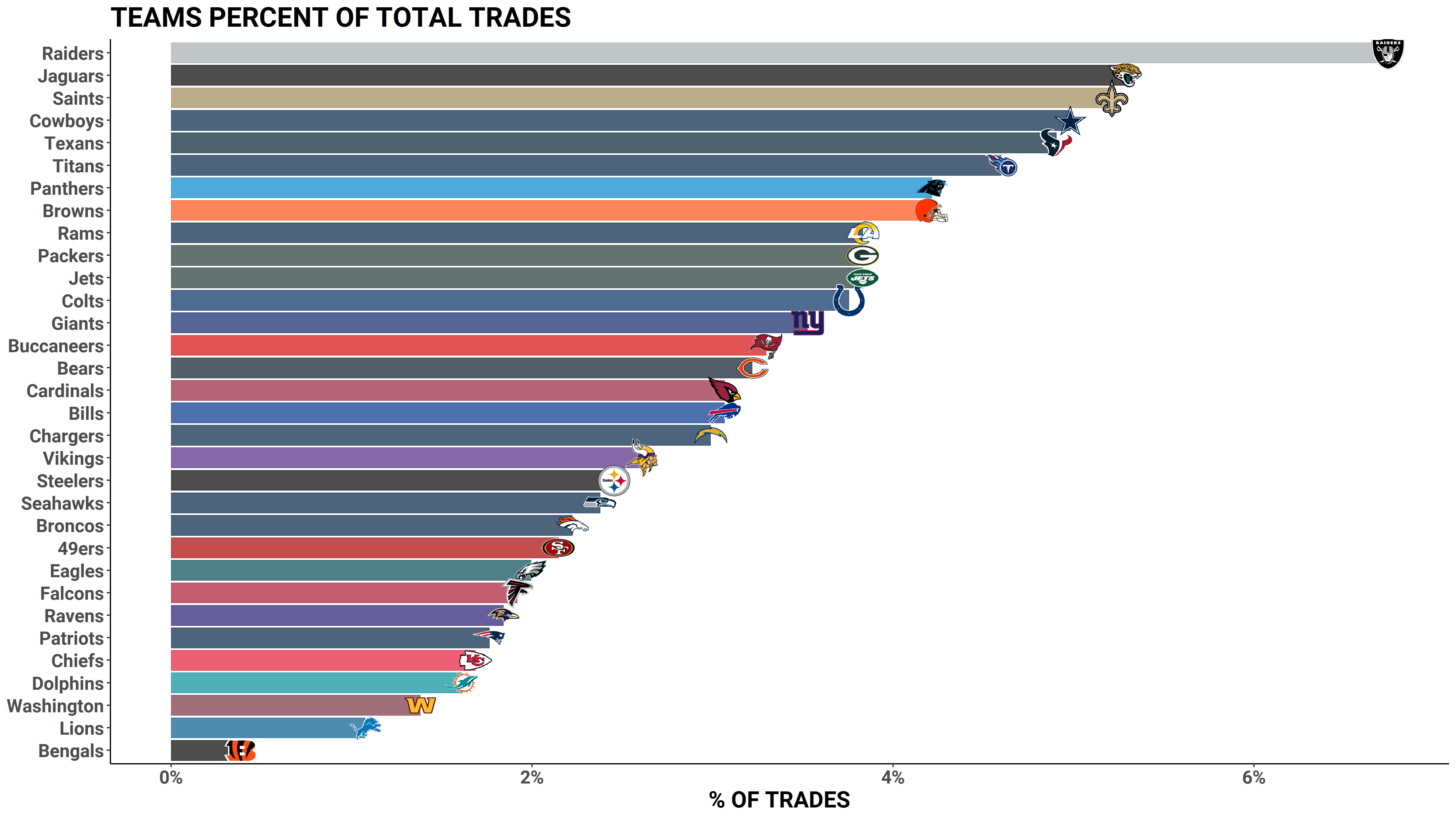 The market as a whole has seen a 13.9% return on investment since May 31 despite four teams returning negative value during this stretch. Things should continue to settle in the SimBull NFL market, which makes it the perfect time to invest if you aren’t as interested in the ground floor for college football offerings.

We've broken down three AFC divisions already, so let’s go through the conference's remaining four teams and identify which to buy, sell or hold on SimBull.

Buffalo still has some ground to make up based on its third overall ranking in the market-implied power ratings. The Bills sit outside of the top five in SimBull price after being initially offered as the 10th-most expensive team.

The SimBull market simply hasn’t bought into the Bills in the way that bettors have. They have seen the 23rd-highest trading percentage, which indicates that few shares have hit the open market. The relatively wide spread between the bid and ask amount also points toward a few high-volume traders clinging to the majority of the shares.

Buffalo has a top three PFFELO ranking after Josh Allen’s MVP caliber 2020 season. If he returns close to that level, then the Bills will be worth paying up for as they climb into the top three most expensive shares on SimBull. If the spread narrows, the Bills look like the best top-end team to buy into.

Miami has officially cracked the top 10 most expensive teams on SimBull after a 16% return on investment in June. The SimBull market has traded them at the third-lowest frequency of all teams, indicating their team market is filled with interested buyers.

The pieces are seemingly in place for the Dolphins to challenge for the AFC East, with a consolation prize being a wild-card berth in the playoffs. Even if they live up to those expectations, it’s tough to see how the Dolphins should be higher-priced than any of the teams ahead of them.

There hasn’t been a more discussed player this offseason than quarterback Tua Tagovailoa, who some have labeled as the player under the most pressure in 2021. Tagovailoa flashing the capabilities of a franchise quarterback is the only way Miami pays off for investors buying in at this current price. If it’s simply a speculative play based on the entire SimBull market appreciating, then better value can be found outside of Miami. For a myriad of reasons, a wait-and-see approach is best on the SimDolphins.

New England is one of only four teams to have a negative return on investment over the past month. The concerning part is that the Patriots weren’t necessarily overpriced to begin with. They simply haven’t seen the same bump as other teams with a rookie or second-year signal-caller. Part of that has to do with their current roster makeup and seemingly random spending on mid-level talent throughout free agency.

After being the 13th-most expensive team on initial offering, the Patriots have dropped to 16th based on the latest market prices. It’s tough to envision a Bill Belichick-led team completely bottoming out, but their most likely outcome seems destined for a top-five pick.

At this point, the Patriots have no business competing for the AFC East crown and look like one of the best teams to avoid in the SimBull market. Once Mac Jones gets a few starts under center, the real evaluation for which direction New England is heading will reveal itself. Until then, sell the Patriots as often as the market lets you.

SimBull has been the place to be for speculators targeting the Jets. New York sits 30th in our market-implied power ratings with a 17% chance of making the playoffs, yet they are the 19th-most expensive team in the SimBull market. It is a prime example of people using SimBull to take a long-term speculative outlook on teams with a young quarterback.

The evaluation of Zach Wilson is the only question when deciding whether to buy into the Jets. They appear overpriced given their current season outlook, but if you fall close to PFF's college-to-pro projections on Wilson, then their current price is only a brief pause before entering into the top 10.

The current skill position players offer upside not seen for over a decade in New York. Training camp reports should lead to heightened expectations for the Jets, and their early-season schedule points toward a hot start. The time is either now or in the latter half of the season to buy into the Jets, even though their ceiling feels capped at their current price for at least the entire 2021 season.