• Bet Cardinals alt spread -5.5 at Vikings: DeAndre Hopkins is back, while the Vikings are priced as 9th-best team — not by their efficiency but seemingly because of their 5-1 record, even against weak opponents.

DeAndre Hopkins is back, and his increasing returns to a team desperately needing success on scripted plays suggests the Cardinals will improve an offense that has been about league average and is being priced as such. The Vikings are priced as 9th-best team — not by their efficiency but seemingly because of their 5-1 record, even against weak opponents. Add in matchup edges for Arizona's blitz-happy defense, and with Hopkins teeing off against PFF’s 90th-ranked corner, and this could be a long day for Minnesota and a nice tails cash for us.

The Raiders' early bye week might have been a blessing for a team whose 2-4 record is likely a flukey outcome resulting from a few consequential plays. The Saints have been forced to shuffle their starting lineup to the point of detriment, and the team is likely overvalued at home, where they're  2-15 ATS since 2014 when hosting AFC opponents. 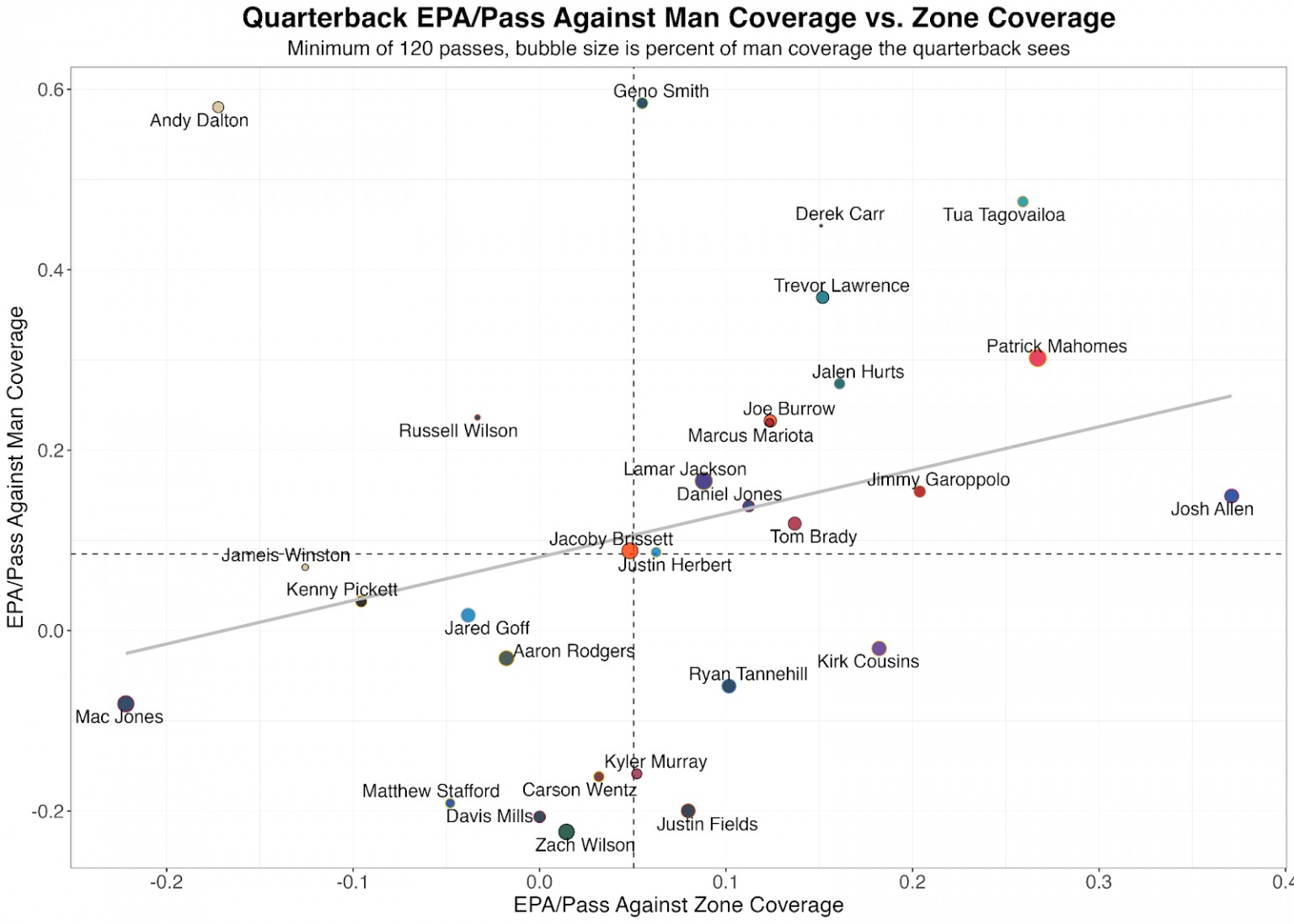 This season, Tagovailoa ranks 3rd in Expected Points Added (EPA) per pass at 0.48 against man coverage, compared to only 0.26 EPA per pass against zone coverage. The Lions play the 2nd-most man coverage in the entire NFL (50% of passing plays).

Detroit appears to be getting its best receiver back in St. Brown, who left early in Week 7 to enter concussion protocol but didn't suffer a brain injury. This is fantastic news. Before the injury, St. Brown scored a touchdown in two of four games and saw nine or more targets in three of those four games. He doesn’t have a massive average depth of target (5.1), but St. Brown averages 9.8 yards per reception, indicating that he can make things happen after the catch. This week, he draws Dolphins cornerback Justin Bethelwho’s played in just two games this year and surrendered 54 yards on seven catches and a touchdown last week. Bethel, a player in the NFL since 2012, has played 57 coverage snaps this year — the most he’s played in a season since 2017.

Greenline edge of 17.7% is the highest Sunday in Philadelphia, where Eagles S Kyzir White is playing his best football, allowing only .62 yards per route covered. Our TE Matchup Chart shows only a slight 2% advantage for Freiermuth, who's gone over in 3/6 games this season.