• Bet Commanders RB Brian Robinson Jr. — Under 52.5 rush yards (-115) vs. Packers: B-Rob is the Commanders' worst rusher in Rushing Yards Over Expected (RYOE), Washington likely to be playing from behind Sunday.

In the past four weeks, using Rushing Yards Over Expected (RYOE) to identify the best rushing yard prop bets has gone 9-3 with +5.0 units. This is because 8-of-12 bets have been unders. As PFF’s Ben Brown shows, rushing yard unders cash more regularly than rushing yard overs. In this article, 2 unders and 1 over will be given out to maximize profits, but the over should be placed with more caution than the unders. 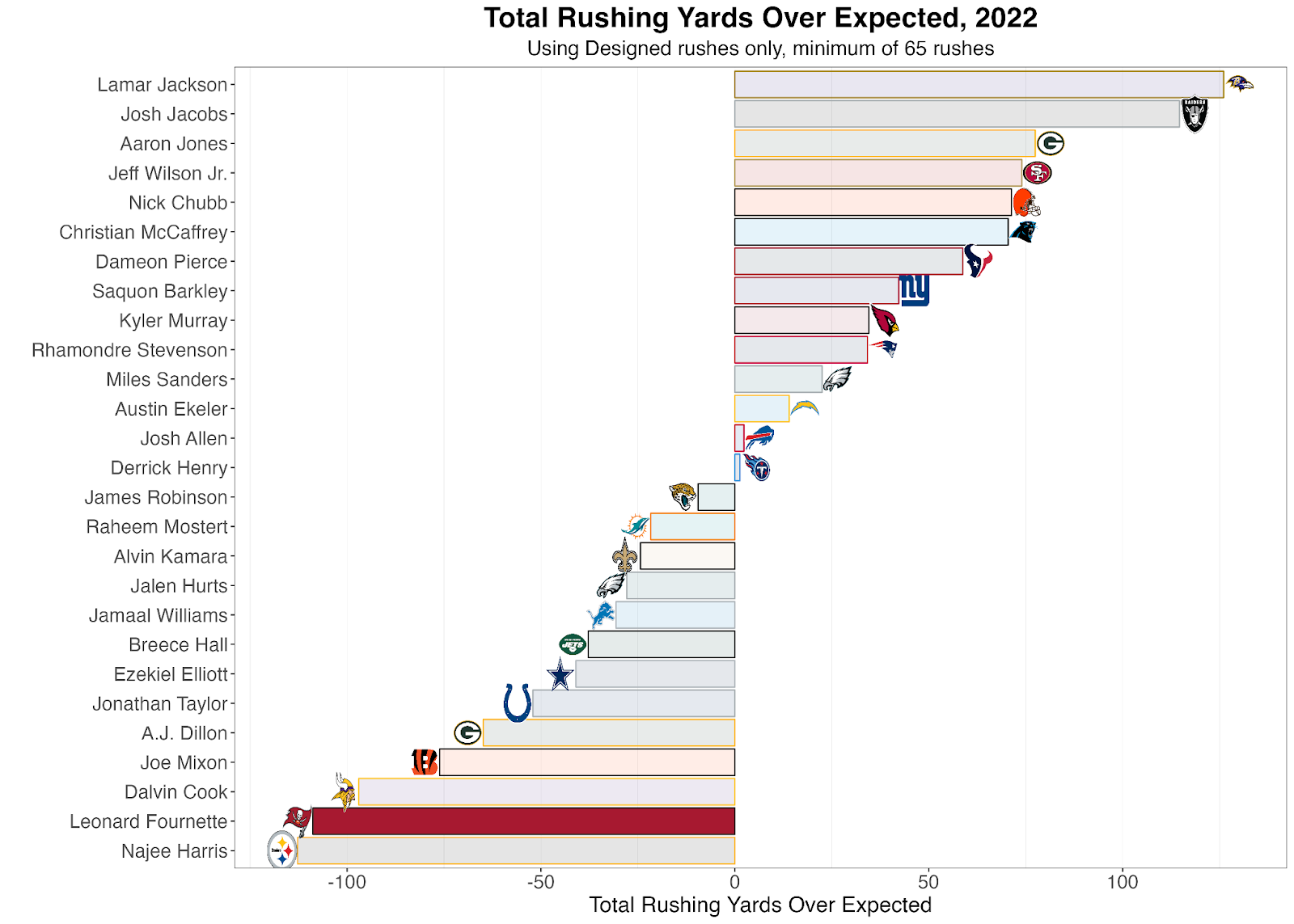 • Fournette Has Been the Least Impactful Rusher: With -109 total RYOE this season, Leonard Fournette has been the 2nd-worst volume rusher in the league. He is averaging 3.6 rushing yards per carry when expected to get 4.7 and could be phased out by Rachaad White and more passes if Fournette's struggles persist.

• The Panthers are Only Good at Defending the Run: Although the Carolina Panthers have struggled in almost every aspect of football this season, they actually rank 9th in Expected Points Added (EPA) per rush against and 12th in yards per carry allowed. The Buccaneers could struggle to run the ball — and if so, they could lean on the pass game heavily Sunday. 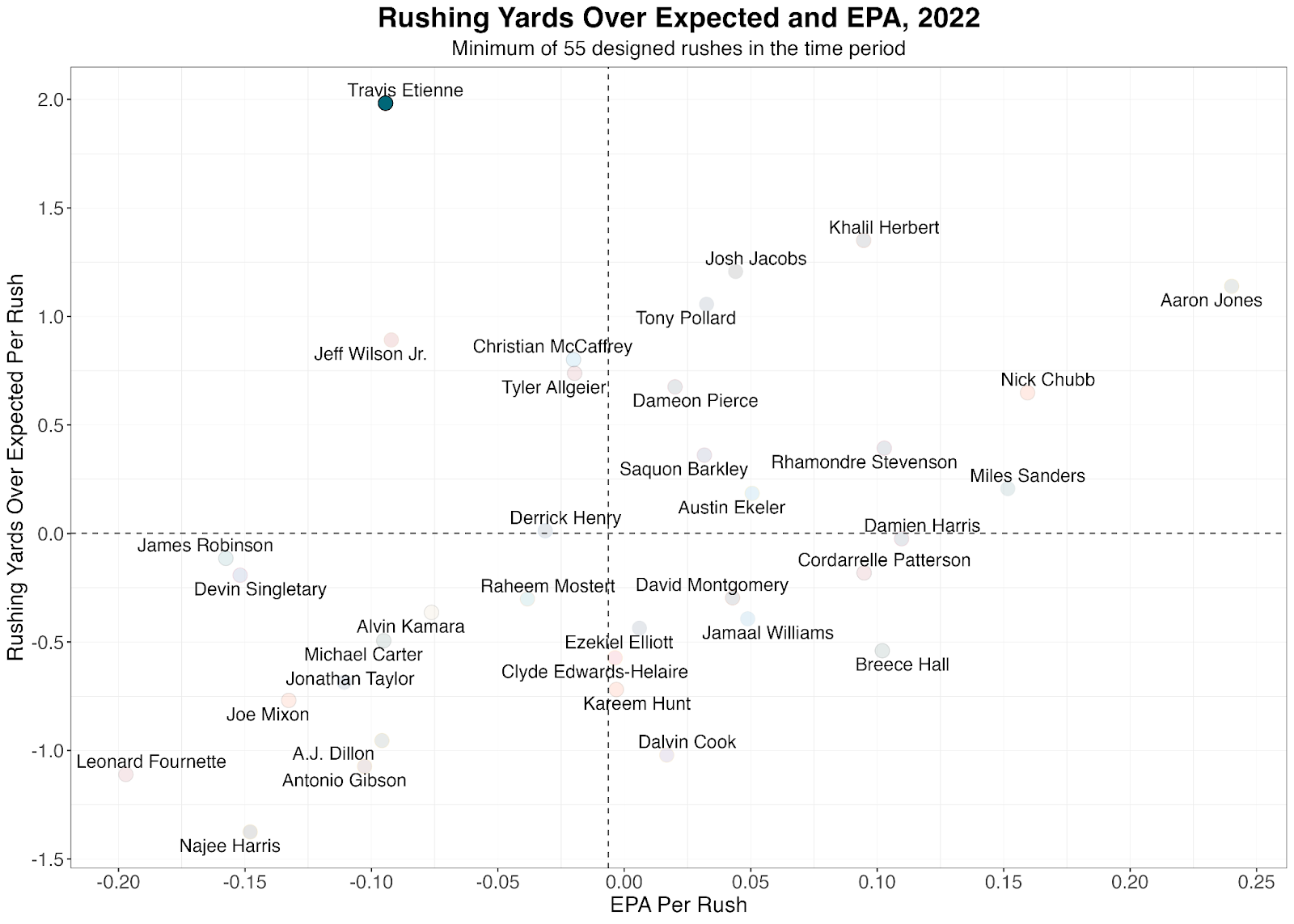 • The Giants' Run Defense is Struggling: The Giants have allowed an NFL-worst 5.6 yards per carry this season, including 6.0 yards per carry in their past three combined games. Last week, the Baltimore Ravens‘ leading rusher, Kenyan Drake rushed for 119 yards on 10 carries. The week before, Aaron Jones rushed for 63 yards on only 13 carries. Etienne will be in advantageous situations.

Robinson Jr. is Washington’s Worst Rusher: Looking strictly from a yards per carry perspective, Brian Robinson Jr. is averaging 3.4 yards per carry, while Antonio Gibson is at 3.7 and J.D. McKissic is at 4.5. When factoring in RYOE, he also has been the Commanders’ worst rusher this season.

The Game Script Isn’t as Positive: In last week’s matchup against the Chicago Bears, the Commanders had a positive win probability for 32 minutes of the game, meaning they could afford to give Robinson 17 carries to get him to 60 yards. As 5.5-point underdogs Sunday, Washington is expected to be down and should have to pass its way back into the game rather than running.