Player props continue to grow in popularity, as they are an easy transition for fantasy football players who want to enter the world of sports betting.

Props are priced for a player's median stat projection in a simple, over-or-under, two-sided market. For historical context, we have seen 55% of player props hit the under, regardless of the category, between the 2017 and 2019 seasons. Player props have to be shaded towards the over, due to the asymmetrical distribution of the stats in question.

After a wild Monday night that saw most props go over, we finished Week 1 with unders hitting 52.4% of the time. 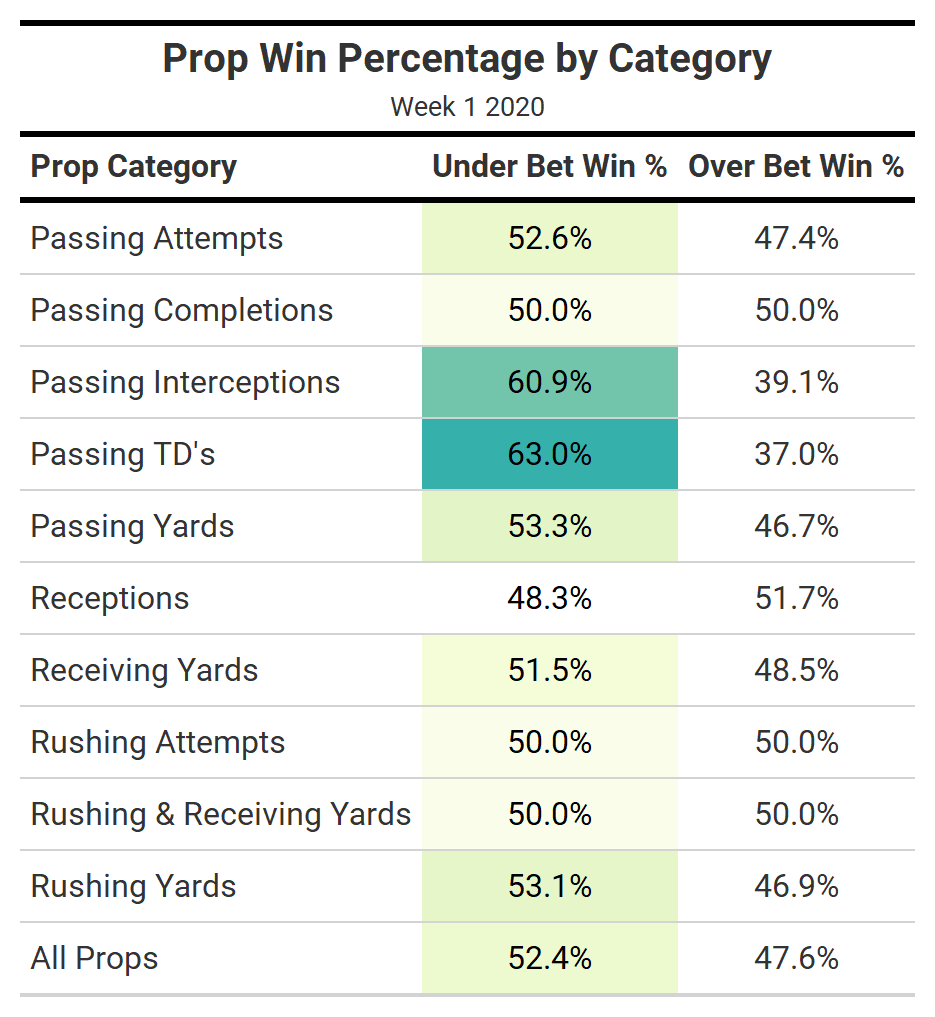 The written player props for Sunday and Monday went 8-6 to set us on the right path to start the season. We are entering the sweet spot for player props now that we have some idea of player usage, especially since those situations are not fully baked into player-prop numbers yet. Let's take a quick look at what the betting market is implying at the game level before diving into some of the best player props according to our predictive models.

The betting market has moved heavily on the Cincinnati Bengals, pushing this opening number from -8 to -6 despite a split percentage of tickets and cash on both teams.

The Cleveland Browns suffered the most humbling defeat of any team in Week 1, which immediately led to trade rumors surrounding their top wide receiver. This matchup appears closer than most expect, though, as these teams are separated by only six places in our Elo rankings, with both sitting in the bottom-fourth of the NFL. The spread movement has opened up a small play on both the spread and moneyline.

The total has moved down 2.5 points, crossing through the second-most-important number from a totals perspective. The market movement implies that we are in for a slow-paced game with a lack of scoring, similar to the makeup of the Bengals' matchup in Week 1.

Our predictive model leans toward the under, but without value offered given the price movement, this is more a signal of game state then an actionable play to bet. It helps us understand the general direction we should be targeting in player props, and since it aligns with our prior beliefs, this continues to be an ideal situation to target the unders for players who aren't expected to get the usage the market seems to project.

We have two plus-money bets to start Thursday night, and these discrete props have significant juice associated with one side of the action. Although our projections don't give a 50% chance of either bet hitting, the price you are receiving makes these props more than worthwhile to wager on.