Divisional round same-game parlay picks: Bet on the Cincinnati Bengals to control the game through the air

• Bet on the Bengals to utilize quick-game passing and rack up yards: Cincinnati is dealing with a depleted offensive but should still be able to find success through the air.

• Bet on Dak Prescott and CeeDee Lamb to explode in a Cowboys win: This passing game took off in the wild-card round. Expect no different in the divisional round despite the 49ers' stout defense.

The Story: Bengals control the game through the air

• This bet is essentially a more bullish Bengals view from our bet in leveraging tails. The bottom line is that Bengals quarterback Joe Burrow has the best PFF grade (90.5) on quick throws this season by a wide margin, and the Bengals' 0.13 EPA on such plays is the top mark in the NFL. Meanwhile, the Bills have struggled in that area.

• Quietly, the Bills' pass defense has the 10th-worst dropback EPA allowed over the second half of the season, so in addition to the volume, there’s no reason to suggest the matchup will limit Burrow’s efficiency. 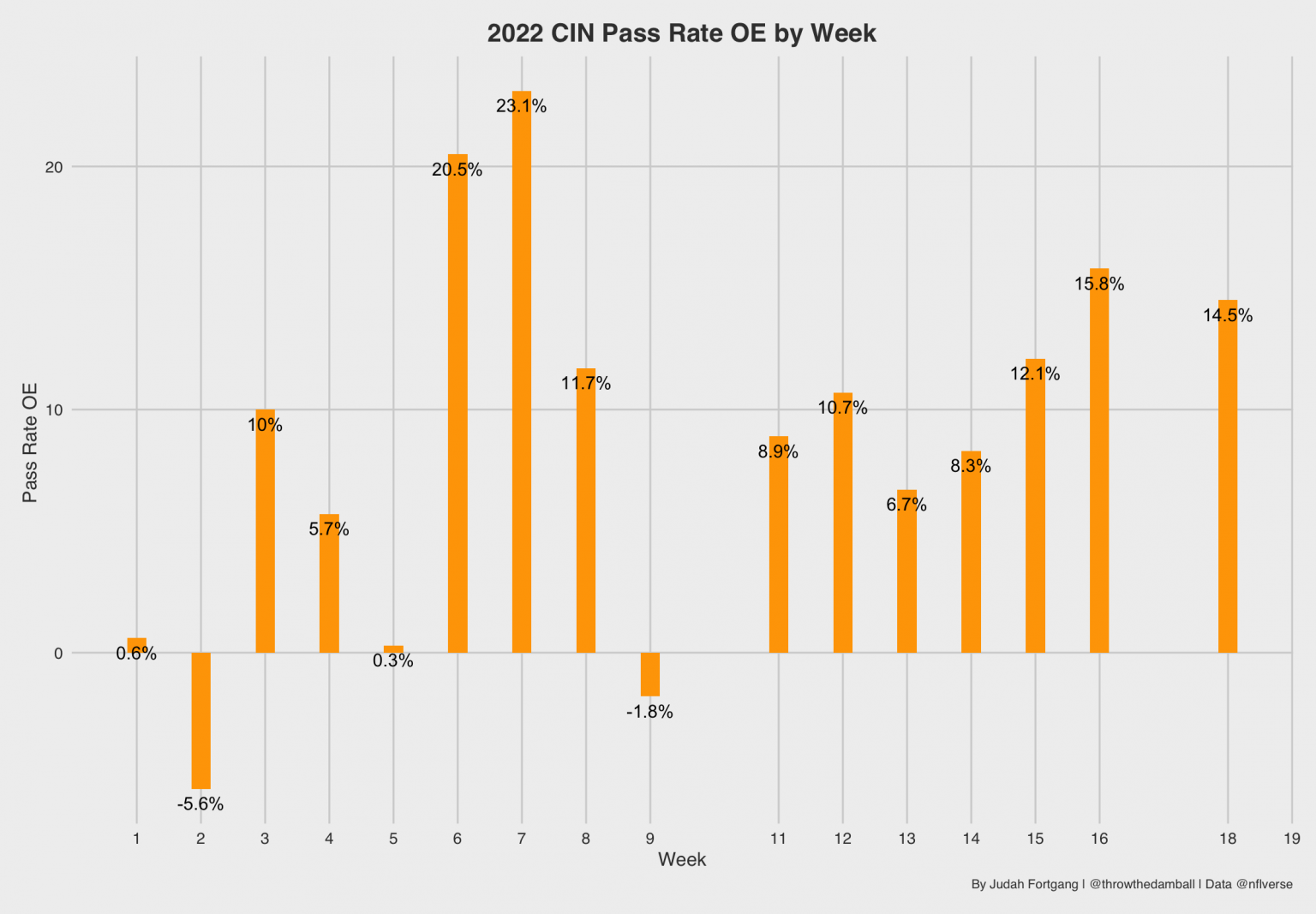 • No matter the opponent, the Bengals love to pass. And their quick-passing game functions as another leg to the run game. Considering the matchup isn’t as difficult as it appears on paper, we could see 45-50 dropbacks from Burrow as he racks up the passing yards no matter the game script.

• And while we wrote earlier about how the Bengals should be able to mitigate their offensive line injuries in the passing game, the loss of half that unit will certainly make operating in the running game more difficult. So aside from potential volume concerns, we can expect a less efficient outing from running back Joe Mixon, too.

• The Niners' defense has been undoubtedly a dominant unit this year, but their Achilles' heel has been defending the deep pass. 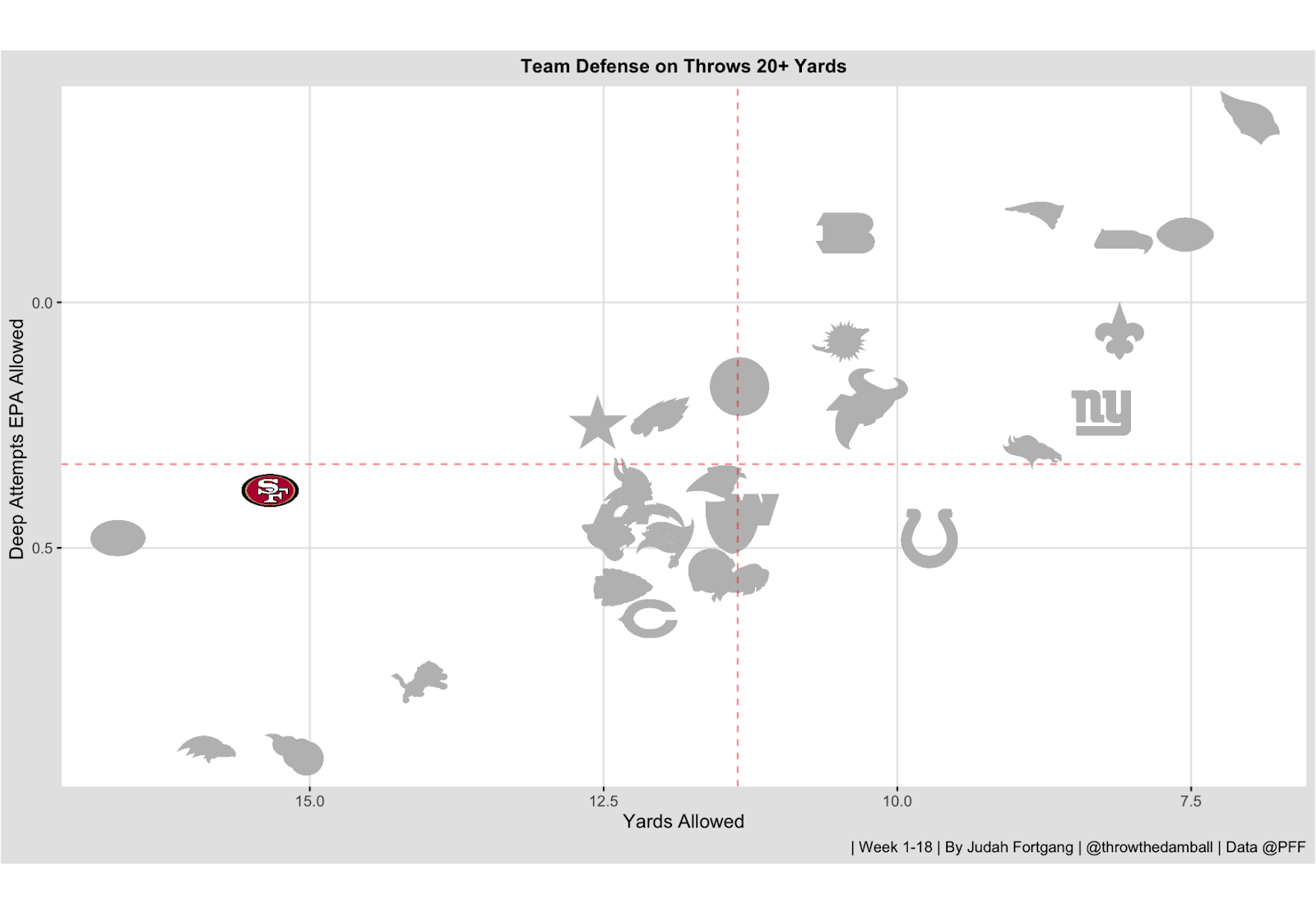 • The team is allowing the third-most yards of any team on deep passes. Prescott has consistently earned top-10 PFF grades on deep passes throughout his career, and CeeDee Lamb is likewise a top-15 wide receiver on deep passes.

• And in addition to racking up yards on potential deep balls, because the Niners are so good in coverage with their linebackers and safeties, the team filters targets to wide receivers and has allowed the sixth-most yards to the position this season.

• As Kevin Cole has shown in his research on a quarterback's responsibility for sacks, the graphic below illustrates what has been true throughout Prescott’s career: he is one of the best in the league at avoiding sacks. 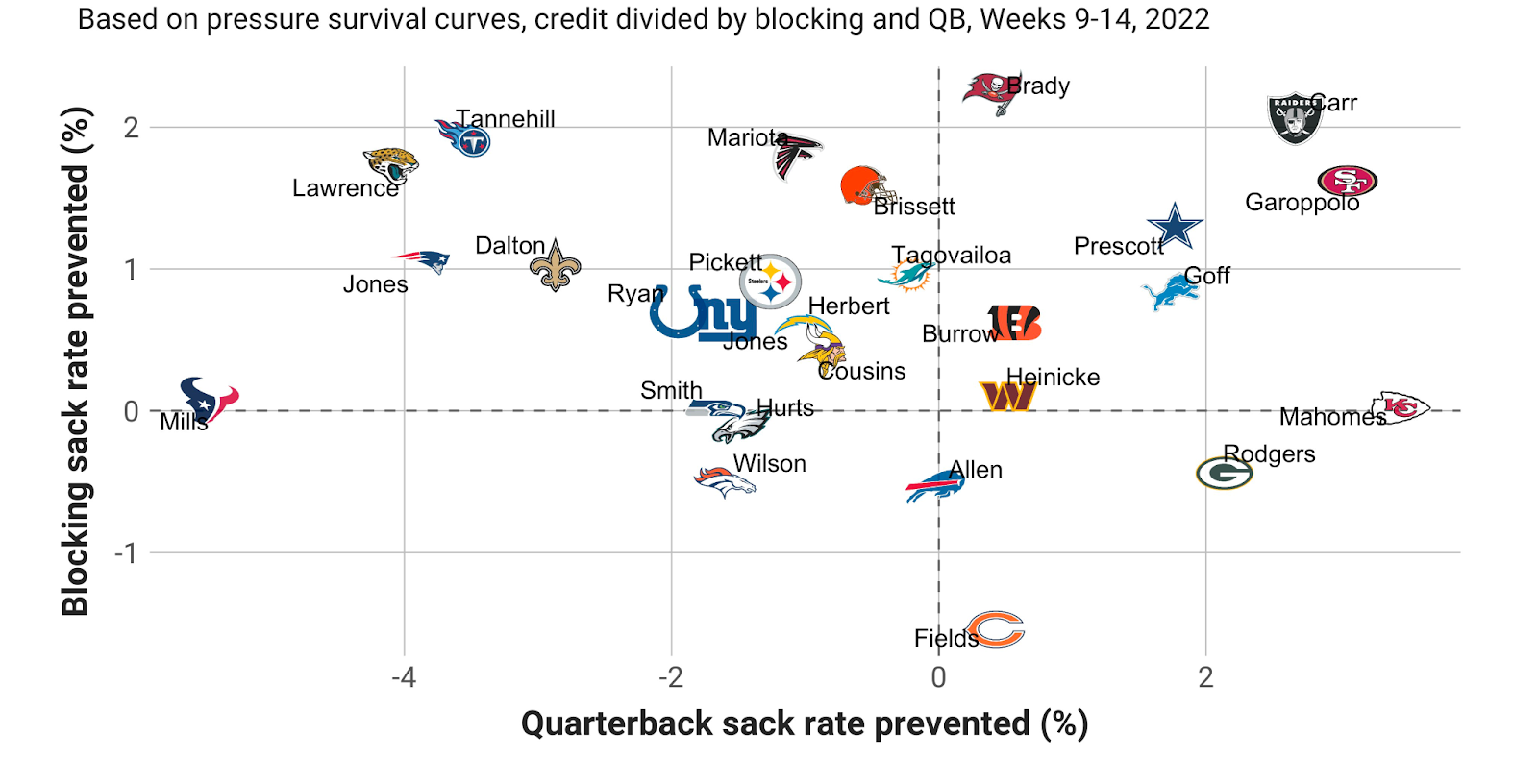 • If Prescott can mitigate the 49ers' defensive line advantage and attack deep and hit Lamb in space, this could turn into a huge day for the Cowboys' passing attack.