Island games are quickly becoming the highlight of the week for NFL betting enthusiasts. And as the betting industry only continues to grow, some of the most discussed betting opportunities exist within these primetime games.

Throughout the 2021 NFL season, PFF will be bringing you all of the best primetime-game betting opportunities from our predictive betting models and player prop tools.

Let’s keep the good times rolling as we look to unearth tons of expected value in this Thursday night Week 2 contest between the New York Giants and Washington Football Team.

After opening with the Washington Football Team as four-point favorites, oddsmakers have given a point back to the New York Giants. And while neither team looked great last week, Washington lost something arguably more important than the game — starting quarterback Ryan Fitzpatrick, who is now out for six to eight weeks with a hip injury.

Heinicke’s promotion to the starting lineup provides an opportunity for sports bettors, as he shouldn’t be considered a one-point downgrade from Ryan Fitzpatrick. After all, the former Old Dominion quarterback has earned an 82.4 PFF passing grade over his career.

In roughly three quarters of action, Heinicke finished 11-of-15 for 122 yards and a touchdown last week, all while avoiding a single turnover-worthy play. And like Fitzpatrick, Heinicke has shown a willingness to attack downfield, as evidenced by his 10.4-yard average depth of target over his career, which is higher than both Russell Wilson‘s and Josh Allen‘s since 2019. 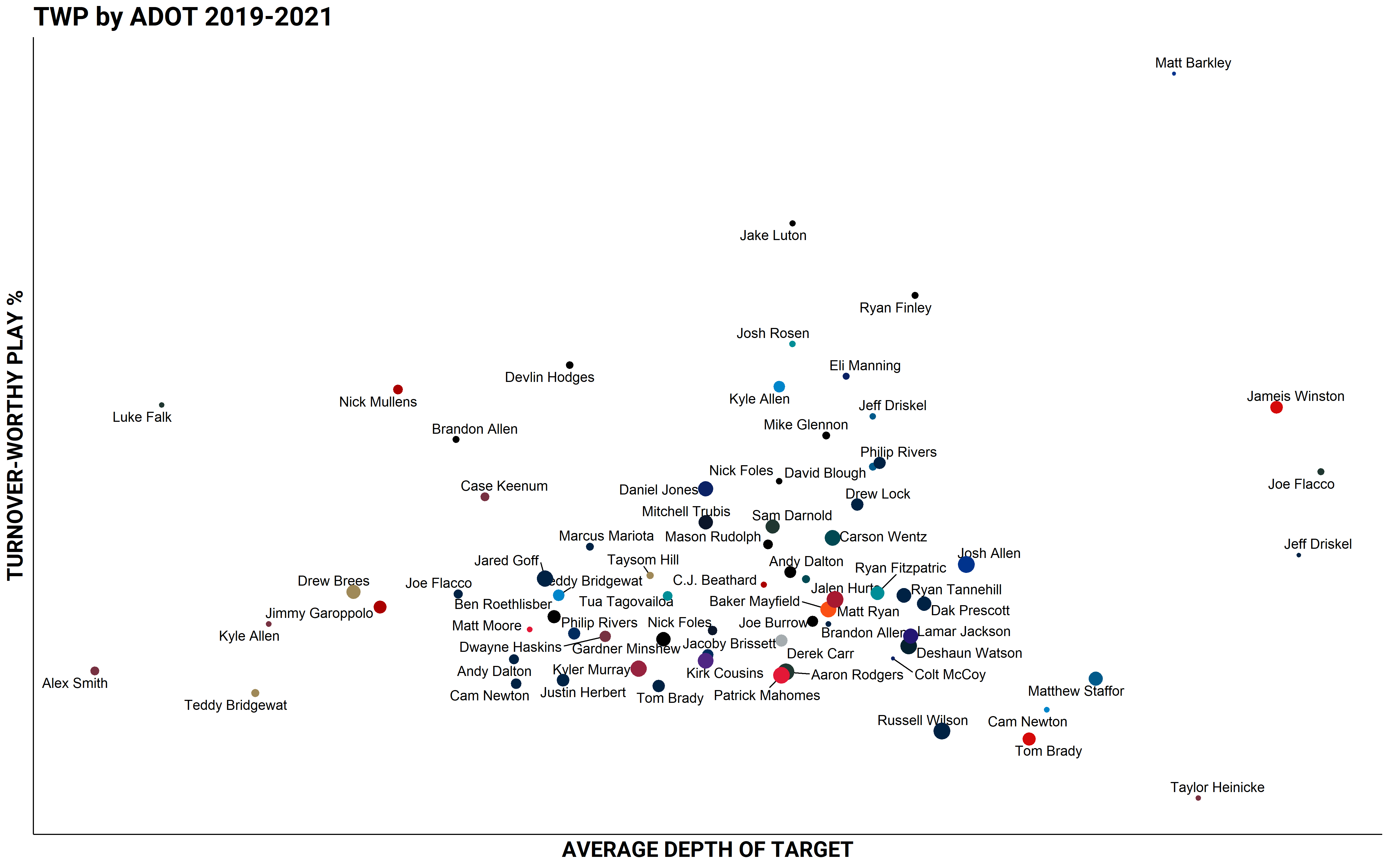 Outside of the quarterback position, the key matchup to watch will be Washington's vaunted defensive line against the Giants' pass protection.

Chase Young, Montez Sweat and the rest of Washington’s first-round defensive linemen will be looking to have a big bounce-back game against an offensive line that stands out as the clear weakness of the Giants' roster.

Not a single Giants offensive lineman recorded an overall PFF grade over 69.0 in Week 1. Center Nick Gates was the only player who hit the 70.0 threshold in the running game, while Shane Lemieux and Andrew Thomas each finished with an 81.0-plus pass-blocking grade. Unfortunately, Lemieux missed practice on Tuesday with a knee injury, so there's a chance he might not be at 100% — if he plays — Thursday night.

Given that Giants quarterback Daniel Jones finished 25th among quarterbacks in passing grade under pressure in Week 1 just one year after ranking 24th in the same metric, this matchup is a recipe for disaster for Jones and the Giants. It is a golden opportunity to bet on Washington to cover at -3.

PFF Greenline gives the over a 54% cover probability, which is good enough for a positive expected value (EV). While both of these teams are certainly defense-first, the low total of 40.5 combined with two quarterbacks who like to air out the ball should be enough for the over to hit.

Props are priced for a player's median stat projection in a simple, over-or-under, two-sided market. For historical context, we saw 53% of player props hit the under, regardless of the category, during the 2020 season. This trend didn’t hold for the first week of 2021, as 52.7% of the tracked props went over. Passing attempts and passing yards saw a significant uptick in Week 1 and were the most mispriced opportunities to start the season. 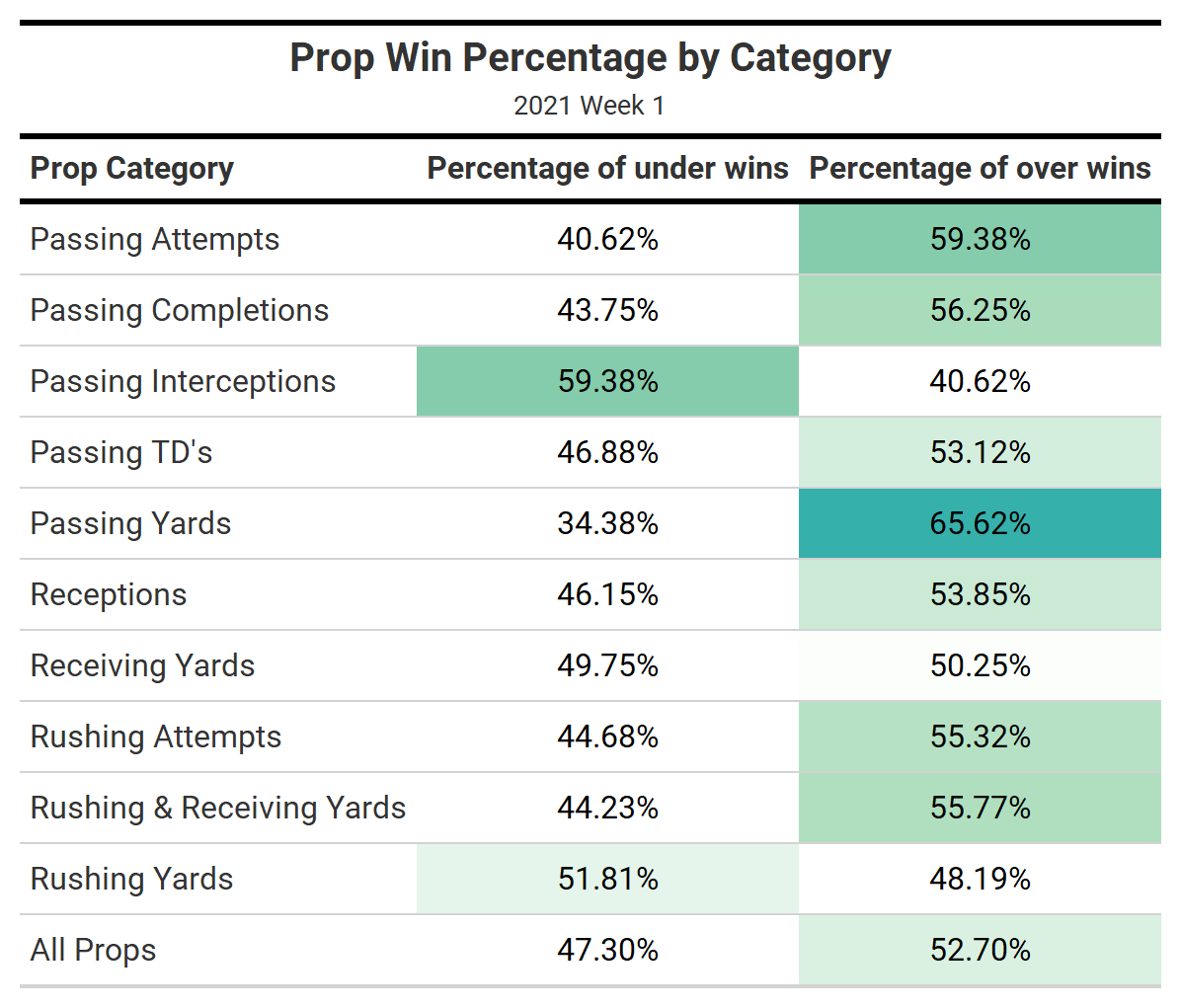 One way to consistently find defined edges is by utilizing PFF's player props tool, which gives you the ability to adjust both number and price so you are always certain of the expected value for each prop bet.

Let’s dive into the best player props to bet for the NFL Thursday night game.