We hit on one of our same-game parlays in Week 13, but it still wasn’t enough to make up for the disastrous start to our writeups, as our Week 13 written plays went 5-11 and finished down -2.91 units. Our overall record moves to 97-122, though we are still up +3.01 units on the season. It's time to rebound.

Players are finishing under their posted total at a much higher rate than last season. It has been one-sided for player prop unders overall this year, so you are swimming upstream if you're trying to bet overs in this market. At this point in the season, the path of least resistance is to sweat out some unders, even if it feels uncomfortable at times. 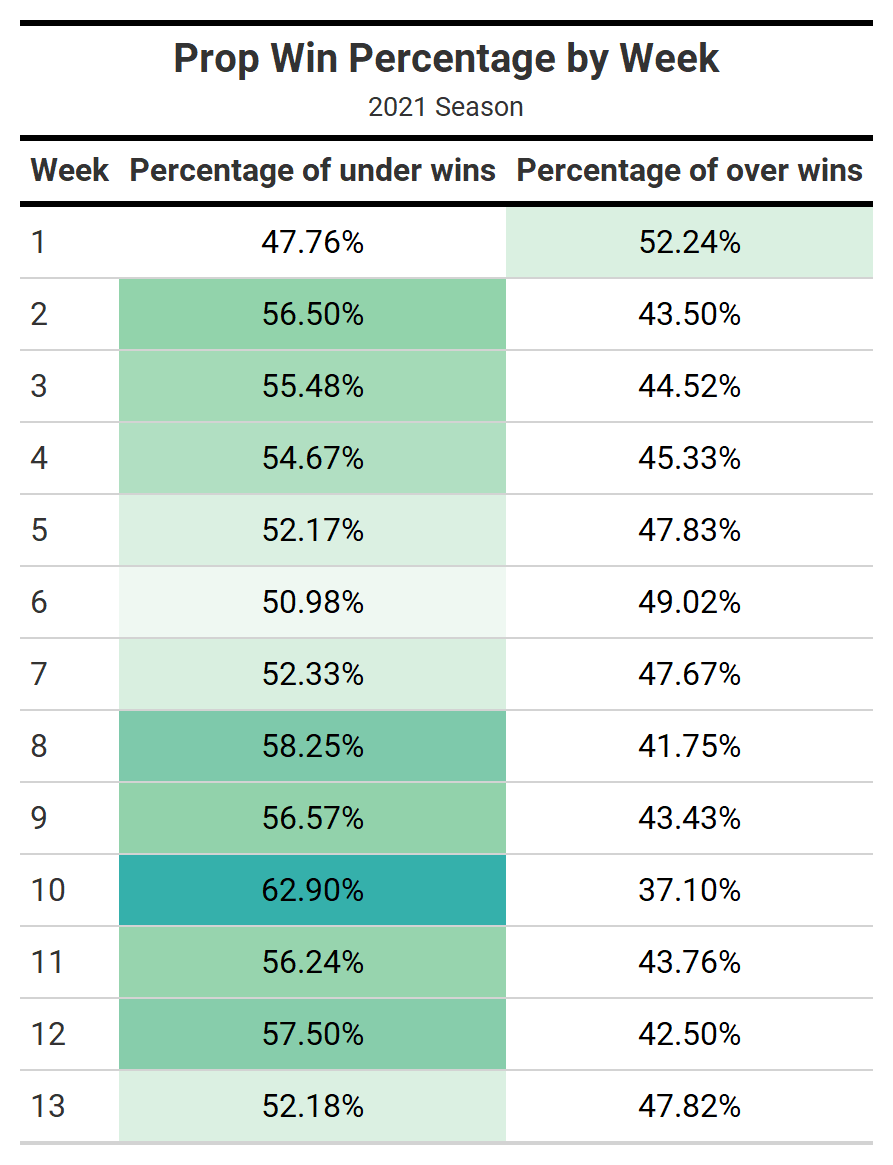 Receiving and passing yardage unders remain the best props to target. And because target share is somewhat consistent but more difficult to predict than rushing-attempt share, reception totals are also a worthwhile betting category.

For bettors looking to target overs, rushing attempts and combined rushing and receiving yardage numbers present the best opportunities, as do the over-one-interception lines for some quarterbacks. 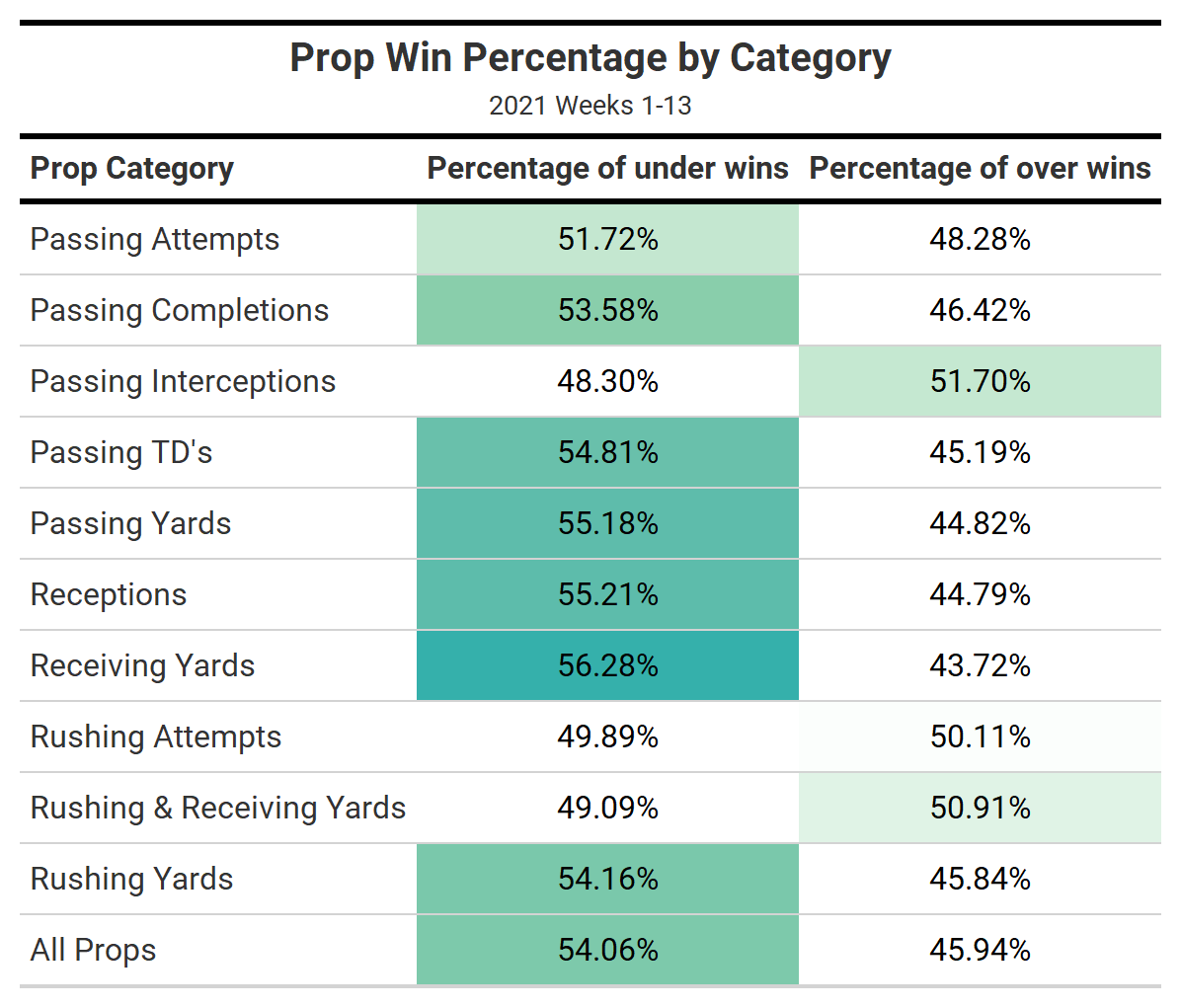 The best way to quantify an edge is utilizing PFF's best bets tool, as the ability to adjust both number and price means you are always certain of the expected value for each prop bet. Let’s dive into the best player props to bet for the NFL Thursday night game.

Jefferson hasn’t experienced anything close to a so-called sophomore slump, as he ranks third among all receivers in PFF receiving grade, second in receiving yards and first in passer rating when targeted. The second-year LSU product is a certified superstar, no doubt about it.

The scariest part for Steelers fans is that Jefferson has been on another planet — even compared to his own All-Pro level numbers — over the last month. Since Week 10, Jefferson has averaged eight receptions, 12.25 targets and 144.25 receiving yards per game, which are simply ridiculous figures. This, of course, is the main reason why his receiving-yard prop is at a season-high 93.5 this week, but there is also the fact that fellow Vikings receiver Adam Thielen has missed every practice so far with a high-ankle sprain and looks like a longshot (at best) to play in Week 14.

According to PFF’s WR/CB Matchup Chart, Jefferson has the third-best matchup advantage of any wide receiver this week, boasting an excellent 93.4 matchup advantage over the Steelers cornerback trio of Arthur Maulet (61.4 overall grade), Cameron Sutton (54.9) and Ahkello Witherspoon (54.3), all of whom are expected to line up across from Jefferson for at least 30% of his snaps.

Roethlisberger has thrown an interception in just one game since Week 5, making the under on his interceptions prop potentially profitable.

Facing a Vikings defense that ranks 28th among 32 defenses in team coverage grade since Week 9, Big Ben shouldn’t have to force the issue downfield too much and make too many risky throws, especially with how well Diontae Johnson (80.3 receiving grade) and Chase Claypool (68.5) have performed as the Steelers' outside wide receivers. Both players have generated a step or more of separation on at least 65.0% of their targets, and they rank ninth and 21st, respectively, among 92 qualifying wideouts in yards per route run.