Late-week betting action isn’t the best approach if long-term profitability is the goal. Game spreads and totals become increasingly sharp closer to kickoff, which is why betting game lines early in the week is the best approach.

If betting early in the week isn’t an option, then targeting other markets where lines aren’t stale is key. Beating these markets takes a different approach than those focused solely on the game lines. We can take cues from bookmakers pricing the entire portfolio of offerings on a particular matchup. They arrive at a most likely path the game will travel and then use market dynamics to sharpen the number. In some way, game lines feed derivatives, player props and most other offerings under that matchup umbrella.

Mispriced scenarios should be mispriced even worse further downstream as errors compound. Or, if the game line is only subtly off, it's smart to find where its errors are the most drastic.

We found another long-shot winner in Week 7, hitting a 2.2x payout on an Atlanta Falcons moneyline (ML) parlayed with the over on the first-half point total. Despite my 6-10 written plays record this season, the plus-price targets have paid off from a units won perspective, as we are up +3.85 units to start the season. Using these approaches, let's find the best last-minute NFL bets ahead of Week 8.

Related content for you: NFL Week 8 Odds and Best Bets via Eric Eager and George Chahrouri 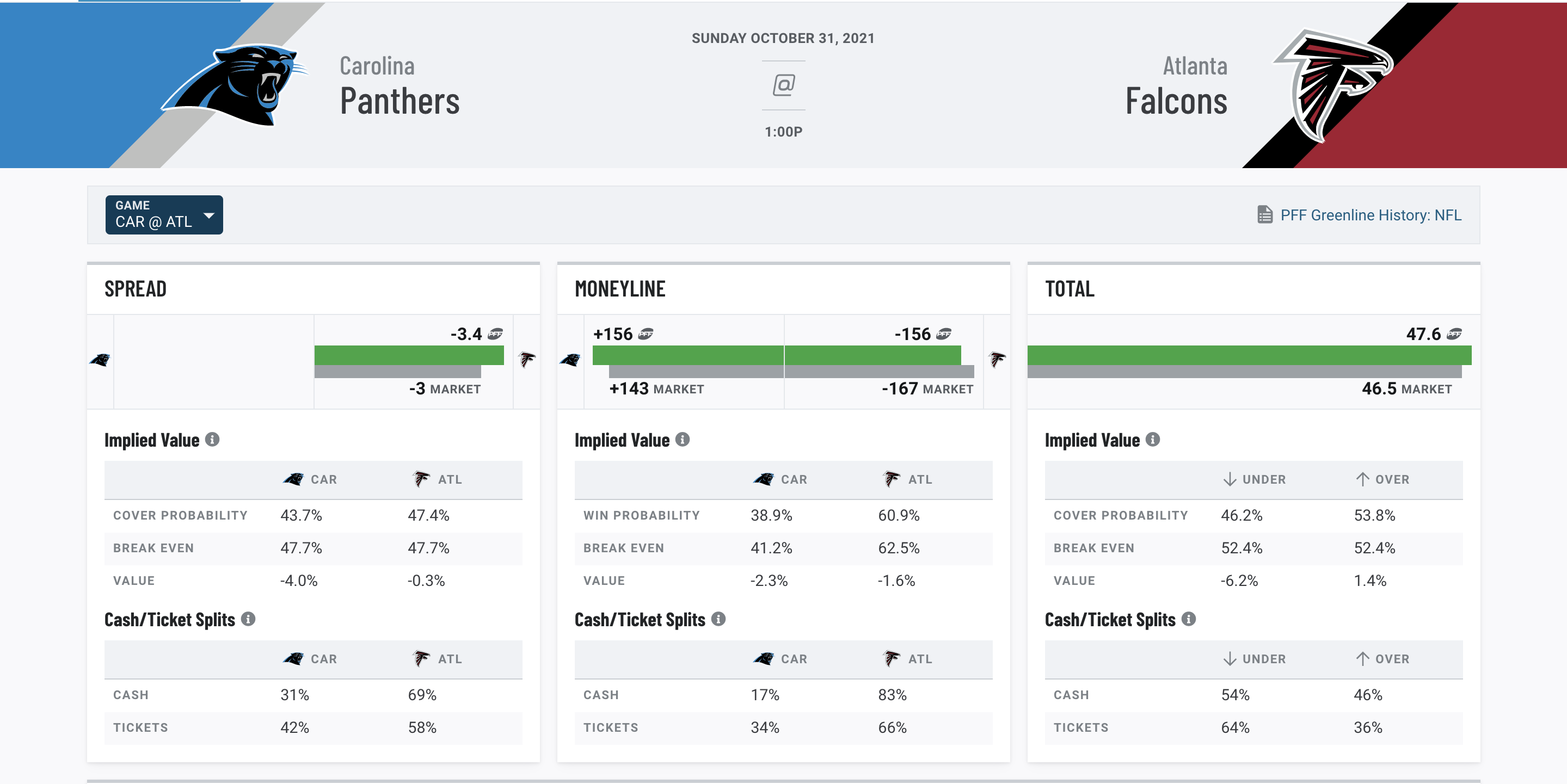 Another week, another Falcons writeup in this column. These two NFC South teams have gone in completely opposite directions since the start of the season. Carolina’s defense was once thought of as the best unit in the NFL, but it has regressed quickly over the past four weeks. The Panthers still blitz at the second-highest rate in the NFL but haven't generated much pressure when sending an extra defender.

Atlanta’s offense has finally found its rhythm, as Kyle Pitts is looking like the matchup nightmare that most projected him to be coming out of college. Arthur Smith’s scheme should continue to find creative ways to force single coverage on the rookie tight end, making this Falcons offense one of the better units in the NFL. Atlanta's offense is currently eighth in PFF’s opponent-adjusted rankings. Calvin Ridley‘s return to form could easily vault the Falcons offense into the top five, as Atlanta is becoming a darkhorse playoff contender in the NFC.