In a back-and-forth battle that should rank up there with some of the best the AAF has had to offer, the Birmingham Iron got the last laugh as Nick Novak kicked a game-winning 44-yard field goal as time expired to give the Iron their fourth win of the season, 32-29 over the San Diego Fleet.

In a game that saw five lead changes and 61 total points, it was the last lead change and the final three points that sent the Iron to a 4-2 record while dropping the Fleet to 3-3. Birmingham QB Luis Perez rekindled his early-season form in the win, completing 27-of-49 passes for 359 yards and three scores. He had his fair share of big-time moments but also some lackluster decisions that could have cost the Iron had it not been for two takeaways from his own defense. 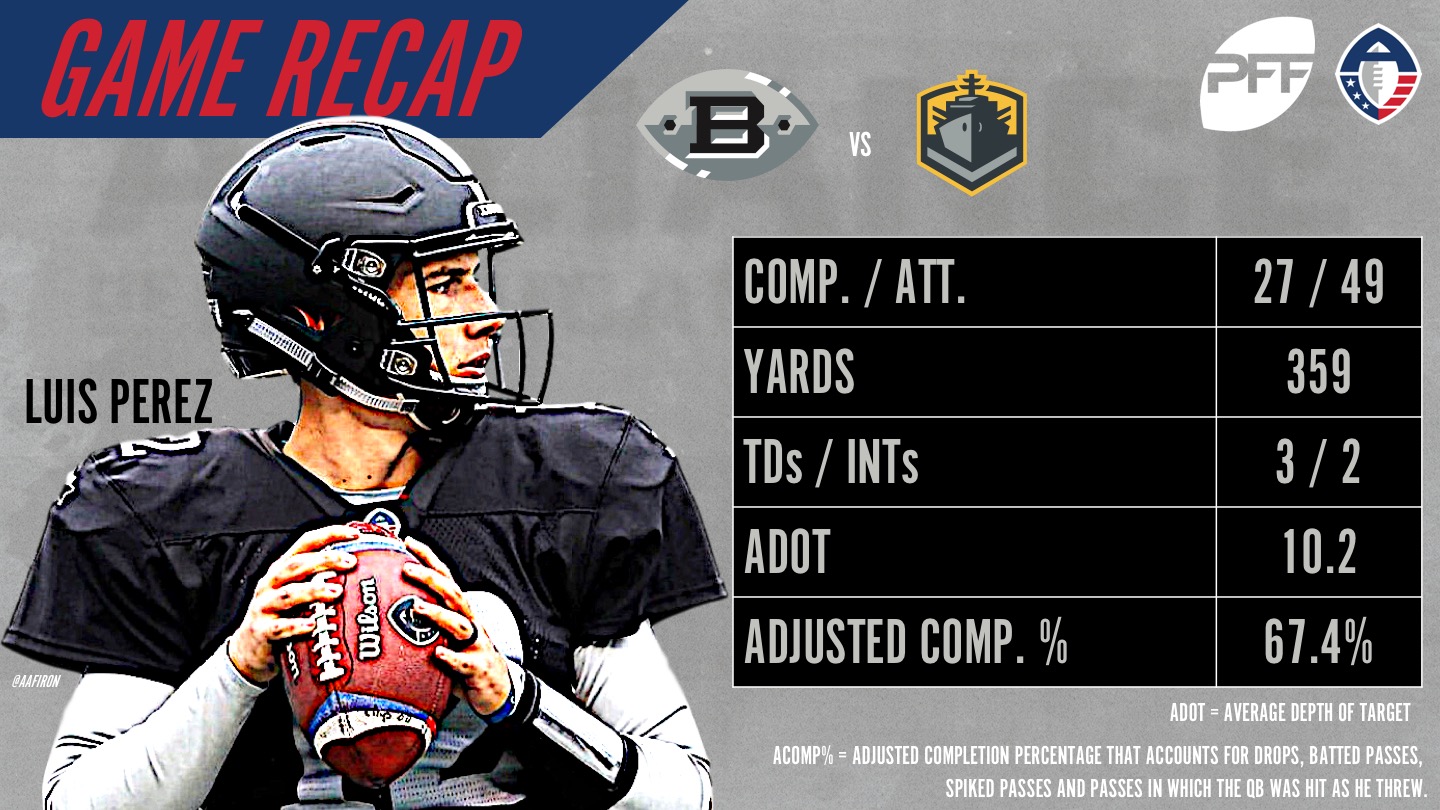 L'Damian Washington was the biggest beneficiary of Perez's big night, hauling in four receptions for 128 yards and two scores while RB Trent Richardson found the end zone once again this season while averaging just under 2.9 yards per carry. The Iron's offensive onslaught saw them grind out the time of possession battle while also outgaining the Fleet by 70 yards on the evening.

For San Diego, season-opening starter Mike Bercovici got the start again and while he completed 17 passes for 311 yards and three scores himself, he also threw five turnover-worthy passes and was subject to four dropped balls from his receivers in a sloppy offensive performance. Dontez Ford ripped off some long receptions and finished with 182 yards on just three receptions while Terrell Watson found the end zone twice, once on a run and once through the air, the latter giving the Fleet their first lead since the first quarter.

The Fleet head to Arizona next week to take on the Hotshots fresh off their stunning win over Orlando while the Iron head to Memphis, owners of the worst record in the league but also who just signed Johnny Manziel. Expect all eyes to be on this Birmingham-Memphis game next weekend.