Beyond providing data for all 32 NFL teams, PFF also supports network broadcasters with game-preview packets that are used to enhance the in-game experience for fans and viewers. This Saints-Falcons preview features the same information our broadcast partners use for team research and in-game production.

At 39-years-young, Saints quarterback Drew Brees hasn't ranked outside the top-10 in adjusted completion percentage since 2006. Through Week 2, Brees ranks third at 84.6. 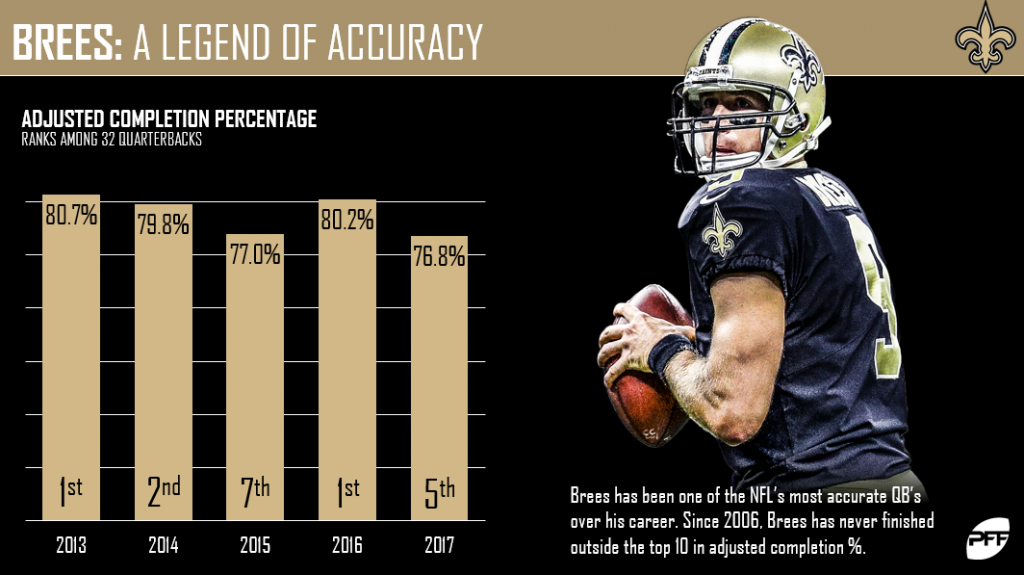 ALVIN KAMARA IS AS ELUSIVE AS THEY COME 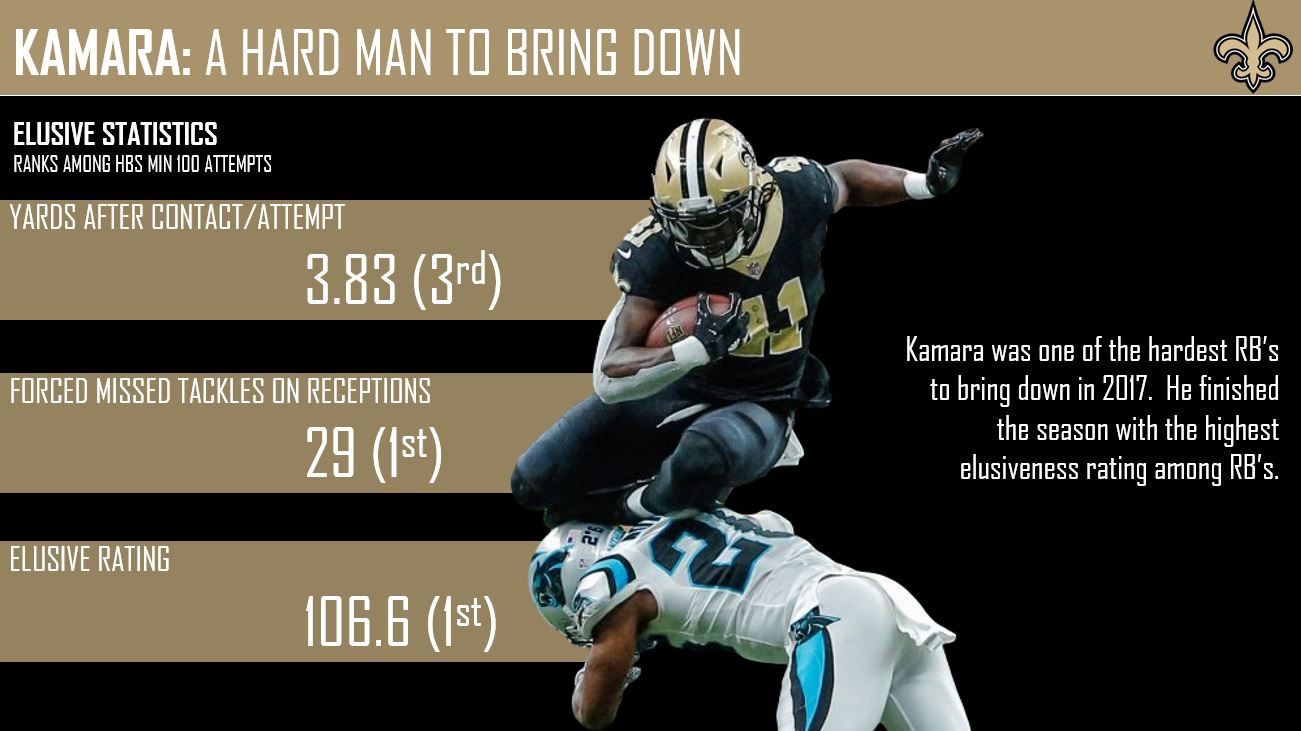 MARSHON LATTIMORE LOOKS TO REPEAT IN 2018

The 2017 Defensive Rookie of the Year got off to a rough start in his duel with Tama Bay Buccaneers' Mike Evans in Week 1, but Marshon Lattimore is trending up as of late. Lattimore led all rookie cornerbacks in passer rating when targeted (45.3) a year ago. 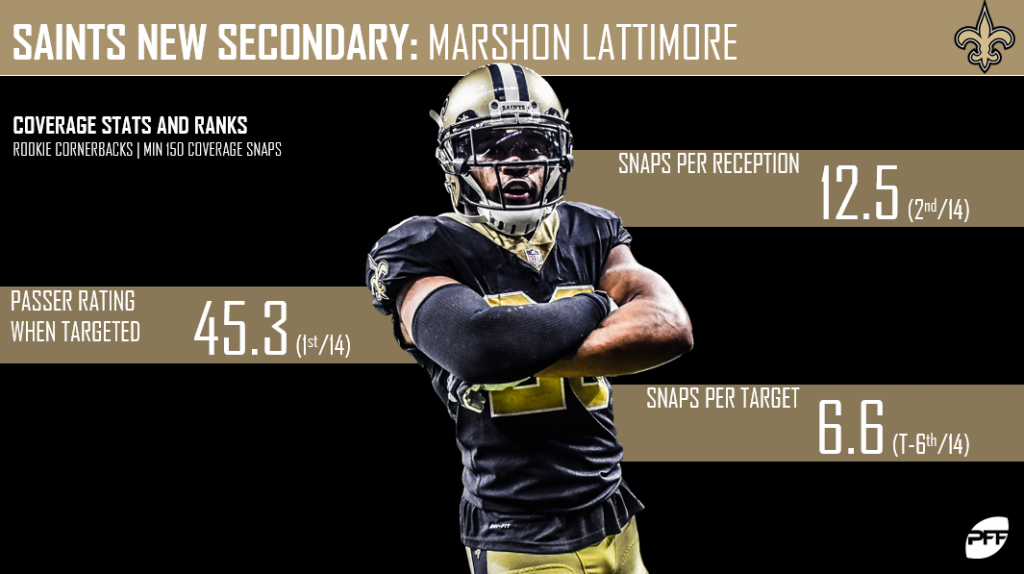 THE OFT-OVERLOOKED CAM JORDON IS A GAME-WRECKER

Saints edge defender Cameron Jordon, though rarely discussed in the conversation of the league's elite, can take over games. Jordan ranked fourth in overall grade (90.8) a year ago. 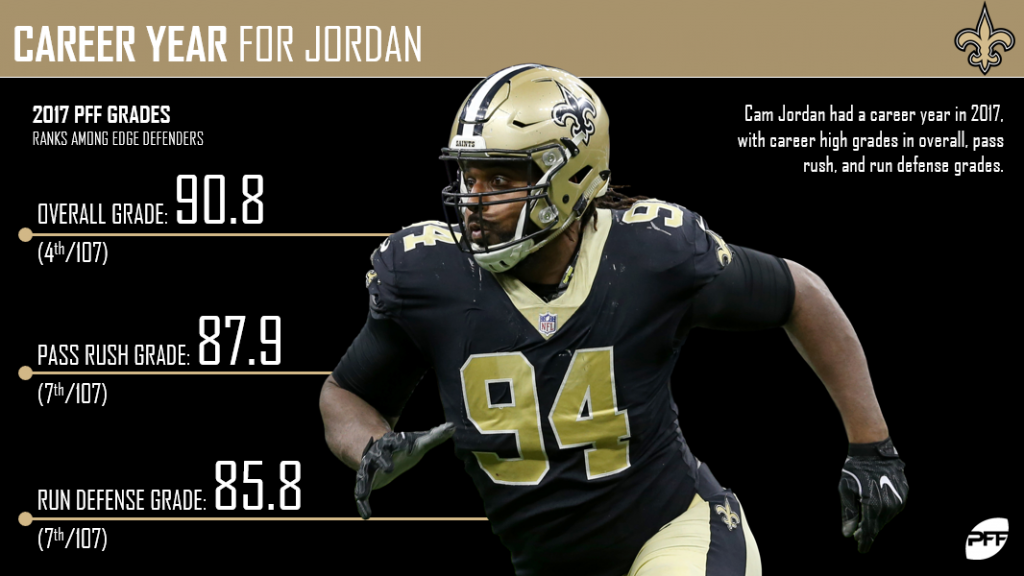 MATT RYAN STRUGGLING TO CONNECT WITH HIS WIDEOUTS

Despite having high-end receiver talents in Julio Jones and Mohamed Sanu at his disposal, Falcons quarterback Matt Ryan has just a 77.9 passer rating when targeting wide receivers in 2018. 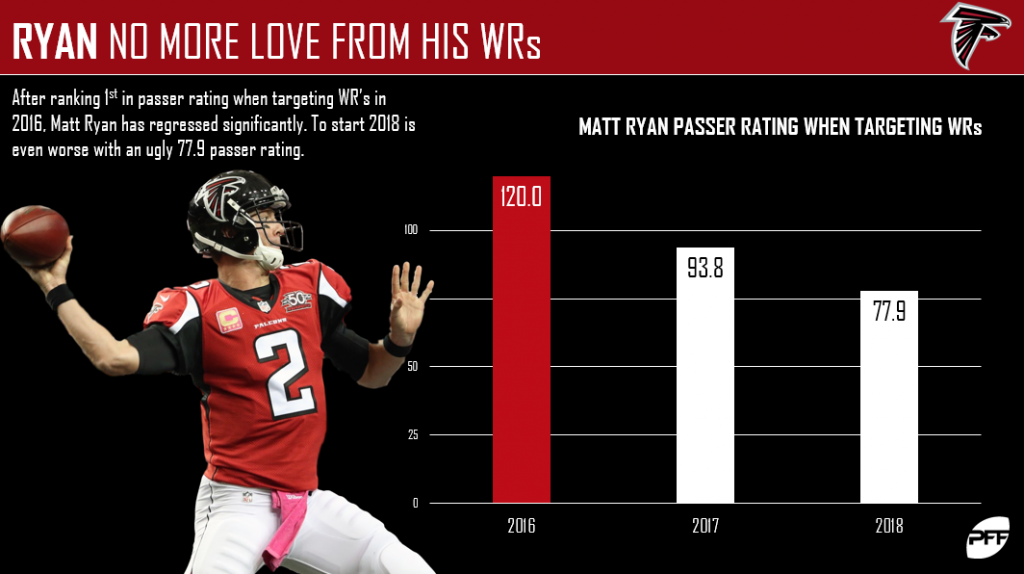 COLEMAN AT HIS BEST IN THE PASSING GAME

With Devonta Freeman working through a lingering injury, the Falcons have tossed the reigns to their rushing attack to Tevin Coleman. However, Coleman is truly at his best in the receiving game, as evidenced by his fourth-ranked yards after the catch per target (7.6) since 2015. 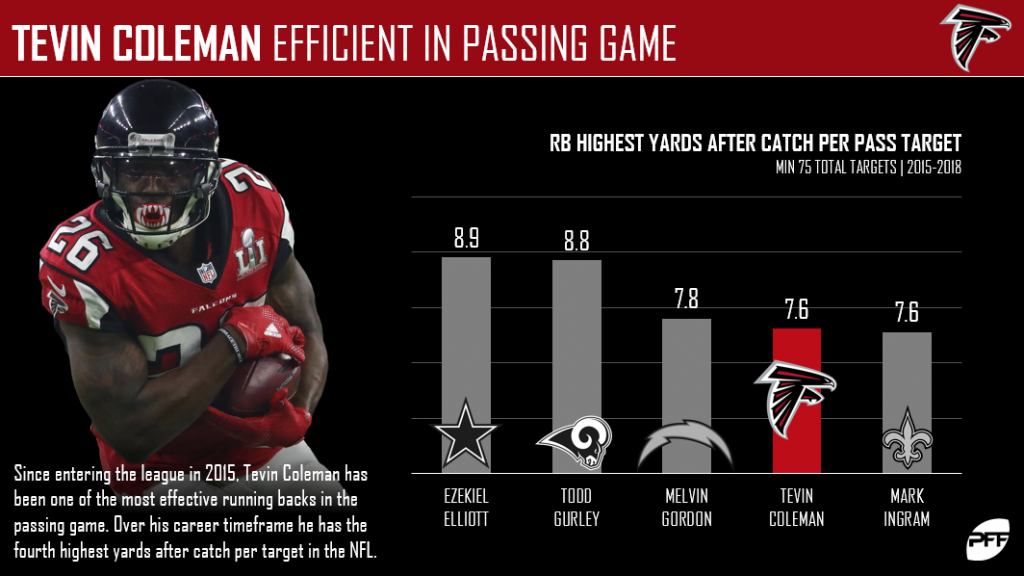 FALCONS TO LEAN ON ALFORD AND TRUFANT ALONG THE BOUNDARY

In 2017, Falcons cornerbacks Robert Alford and Desmond Trufant ranked 20th and 44th, respectively, in overall grade. The duo will need to push their ranks up a notch against Saints' Michael Thomas & Co. to come out of Sunday on top. 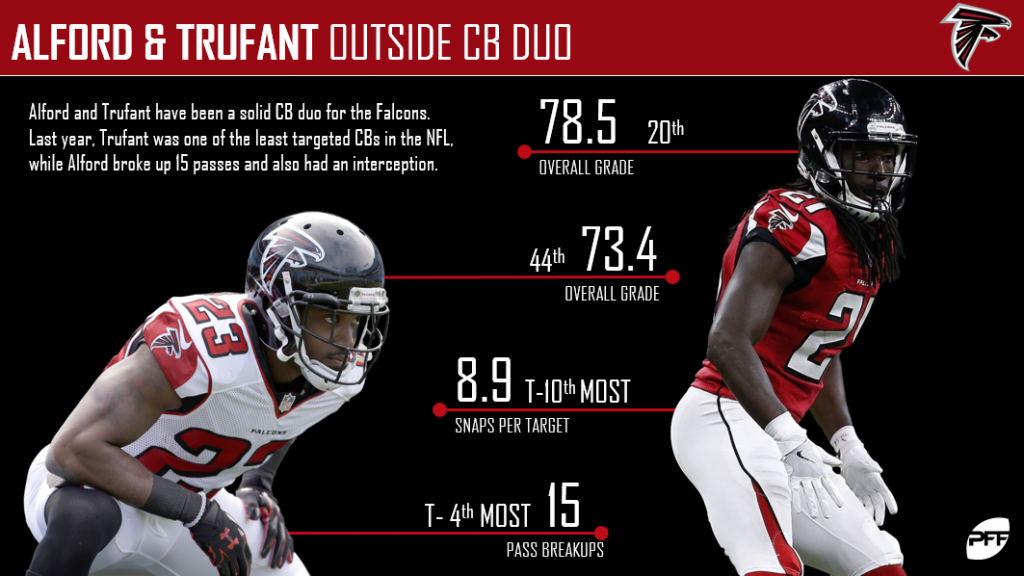 Deion Jones' injury has left second-year linebacker Duke Riley to fill his shoes at the heart of the Falcons' defense, and early returns aren't promising. Riley has earned just a 42.9 overall grade and 51.2 coverage grade in Jones' absence. 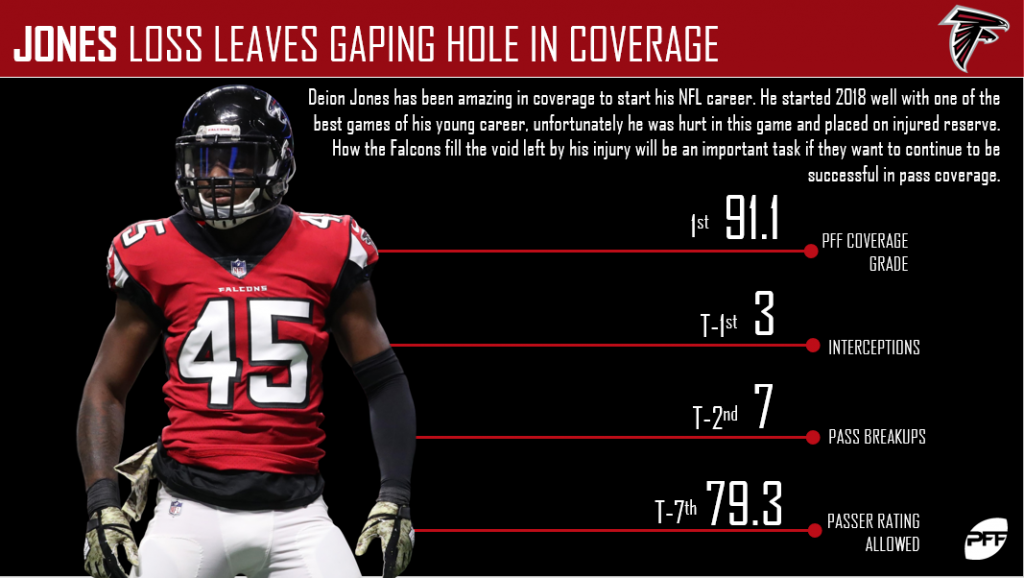 PFF Greenline has projections for the spread, moneyline and over/under of the New Orleans Saints' matchup with the Atlanta Falcons. Get its picks here.